Spring 1905 was a time of frustration for some of the contestants, as collisions and stalemates frustrated their plans.

Most notable was a collision of Austrian and Turkish armies in Livonia,   As far as we can tell, this was an accident between two allies, but by the time this friendly fire incident at a corps level was diffused, neither side owned Livonia and the way appeared clear for Germany to claim St. Petersburg in the fall.

German and Italian armies clashed in Burgundy in their race to retrieve the spoils of France.   While Italy claimed the city of light, this clash with the German colossus comes at a terrible time for embattled Italy.   Even though Italian warships pushed back the Turkish navy and the legions of Rome marched back into Tunis, the entry of the Austrian army into Venice threatens to undo the triumphs of the Resurgimento and of Garibaldi.   In her hour of peril, Italy can scarce afford to alienate Germany.

Meanwhile, in a sad and pointless battle, the British fleet was bottled up in Brest by a zombie French fleet in the English Channel, all that remains of France’s martial glory.  France is now in civil disorder and there are now only five active players:  England, Germany, Italy, Turkey and Austria.

No order for unit at Silesia. Hold order assigned.

No order for unit at St. Petersburg. Hold order assigned.Russia:
A stp Holds 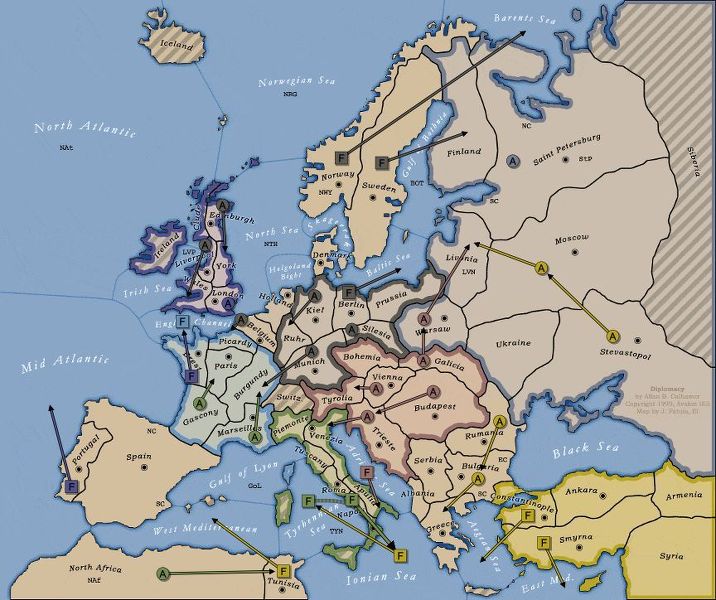 The Turkish player chose to retreat his fleet from the Ionian Sea to the Adriatic.  The map below shows the dispositions at the start of the F1905 turn. 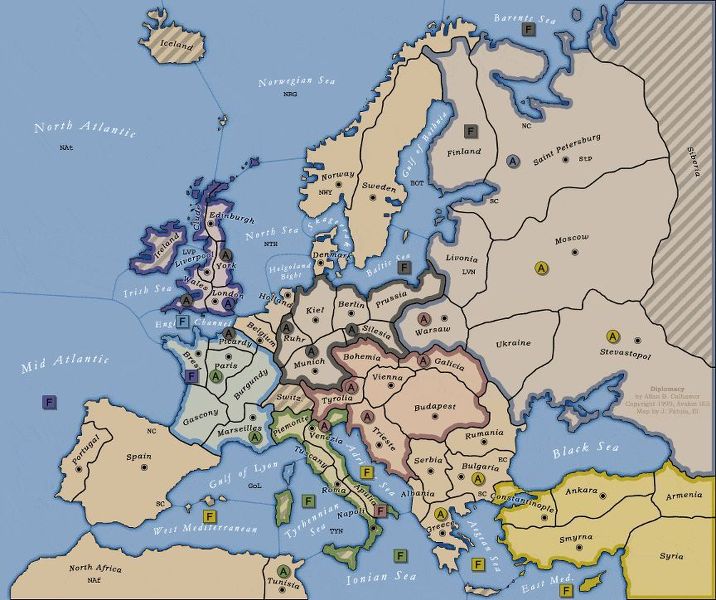