The Diplomacy game hosted here and played by email had taken some decisive turns.   To bring you up to date, here are the builds and adjustments at the end of the 1905 turns.   With France’s last supply centre conquered, the French fleet in Englsh Channel that was a bane to the English player for so long disbands, and France is officially out of play.   Otherwise, Germany builds F Kiel and A Berlin and Austria builds A Trieste.    Germany is in the lead at this point with 11 SCs. 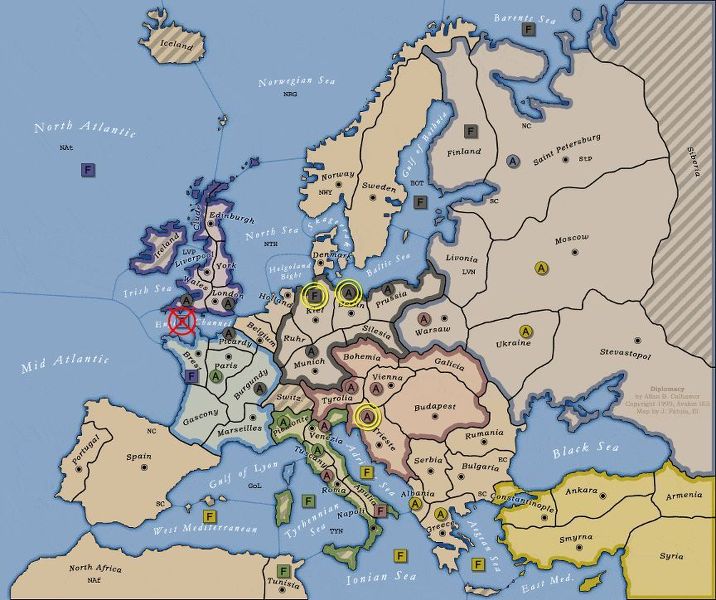 A map showing the influence of the remaining powers.   St. Petersburg is still white because Russia is in Civil Disorder and in F1905 the Turkish A Moscow supported Rus A StP, this denying it to the German player.  We shall see how long that lasts but it is clear that the two most powerful players are now throwing down. 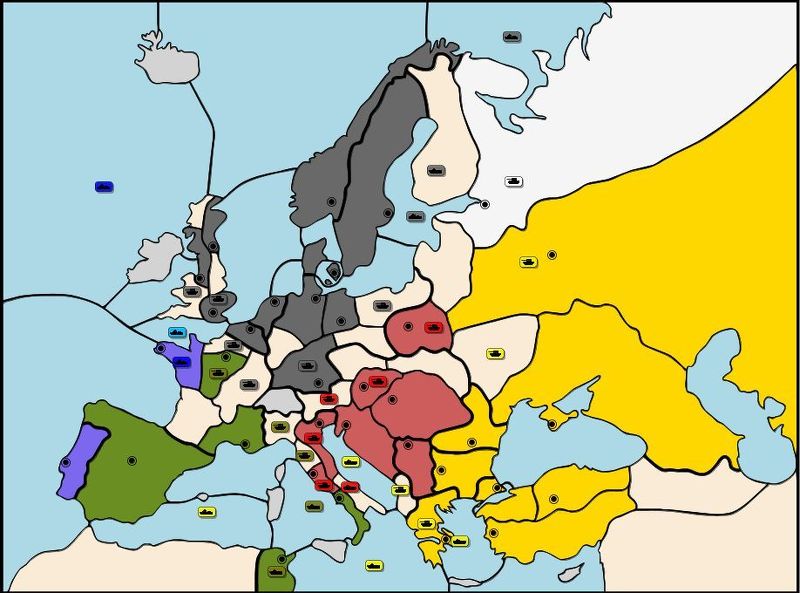 Situation at the start of the S1906 Turn. 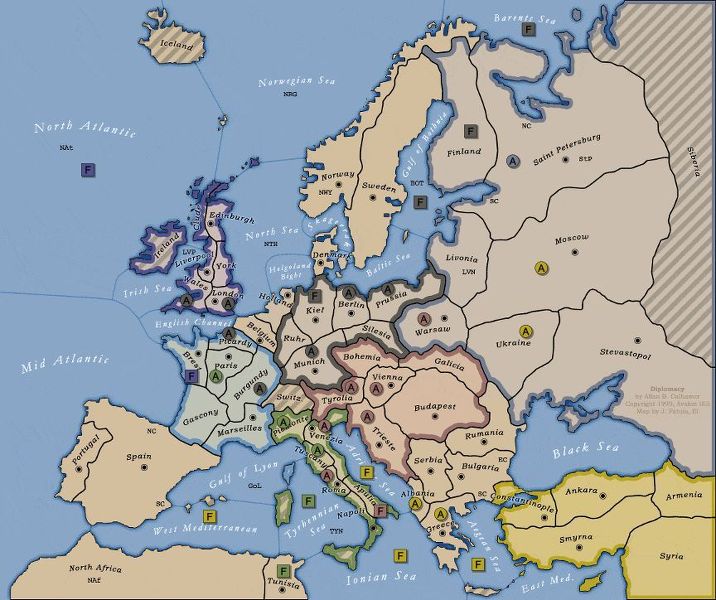 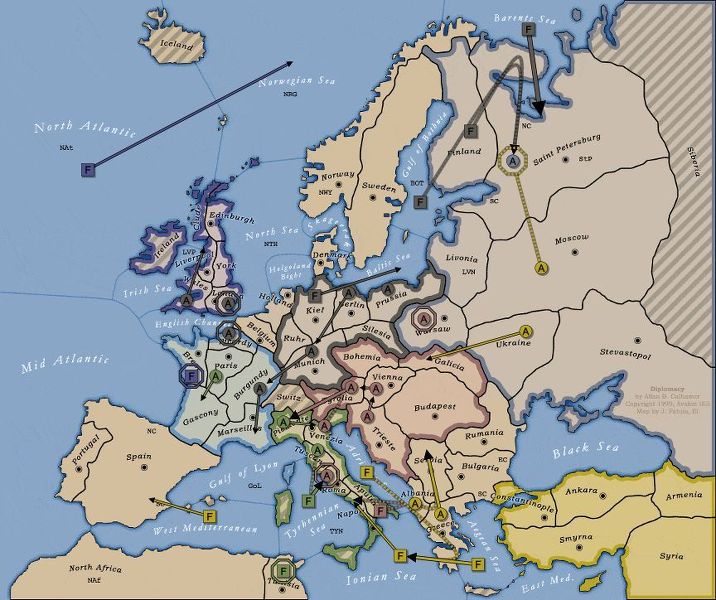 Carnage in Italy!   Italian and Austrian armies are eliminated in heavy fighting up and down the Italian boot.   In other notable events, Russia is eliminated from play.   The rules for countries in Civil Disorder specify that any unit which if forced to retreat is disbanded, so the Rus A StP is disbanded as StP falls to the Germans.German troops are now sunning themselves on the Med, and Turkish forces may cause some consternation in Vienna.  Austria:The Army in Rome cannot retreat; unit destroyed.F apu Supports A alb - nap Support failed. Supported unit's order does not match support given. A rom Holds  Dislodged from tys (2 against 1). A tri - vie;  A tyr - pie; A ven Supports A tyr - pie; A vie - tyr; A war        HoldsEngland: F bre Holds; F nao -nwgGermany:No order for unit at Prussia. Hold order assigned.F bar - stp/nc; A ber - mun; A bur - marF fin Supports F bar - stp; F bot Supports F bar - stp;F kie - bal; A lon Holds; A mun - bur; A pic Holds; A pru Holds; A wal - lvpItaly:The Army in Piedmont cannot retreat; unit destroyed.A par - gas; A pie - ven Bounced with ven (1 against 1). Dislodged from tyr (2          against 1). F tun HoldsI; A tus Supports F tys - romIF tys - romRussia:No order for unit at St. Petersburg. Hold order assigned.Russia: A stp HoldsDislodged from bar (3 against 2). Turkey:F adr Supports F aeg - ion; F aeg - ionA alb Supports A gre - ser; A gre - serF ion -  nap; A mos Supports A stp; A ukr -galF wes - spa/scResults for Spring, 1906 (Retreat)General Notices:Order resolution completed on 22-May-2016 at 19:52:50 EDTOrder Results:Austria:England:Germany:Italy:Russia: A stp DisbandsTurkey:

And finally, the situation at the start of the F1906 turn.  Will Austria turn to its natural protector, Germany, before it is dismembered by the Turkish scimitar?   Will that courageous English Fleet in the Norwegian Sea avenge the fall of London?   Has Turkey overreached?  Will Italy survive?   Where in the world is Miss Amelia Roosevelt?  Stay turned, Diplomacy fans. 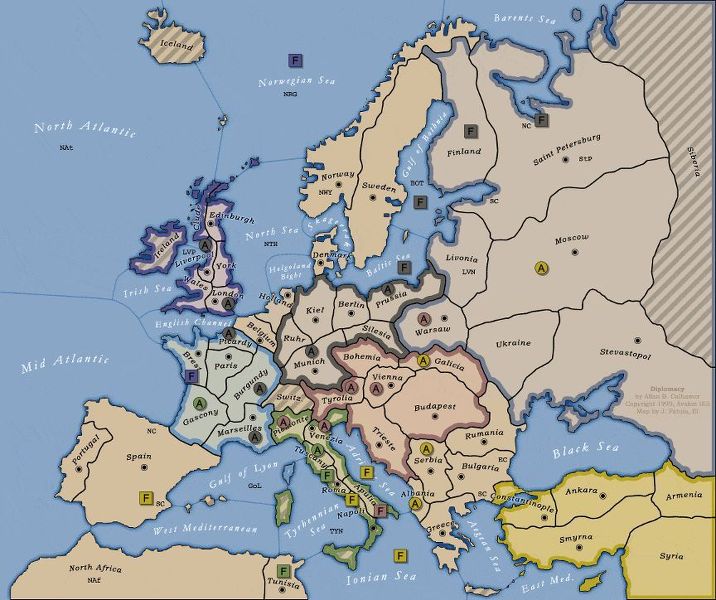