Warpath Off The Painting Desk

Last week I posted a pic of some Native American warriors from Bob Murch of Pulp Miniatures’ Flint and Feather Range, representing the Huron-Iroquois wars of the early 17th century.   Bob is the sculptor.  The figures themselves are sold by Crucible Crush.  These figures are done for a friend, and they are far outside my level of expertise or knowledge, but they were a treat to paint up.  I followed Bob’s painting guide quite closely. 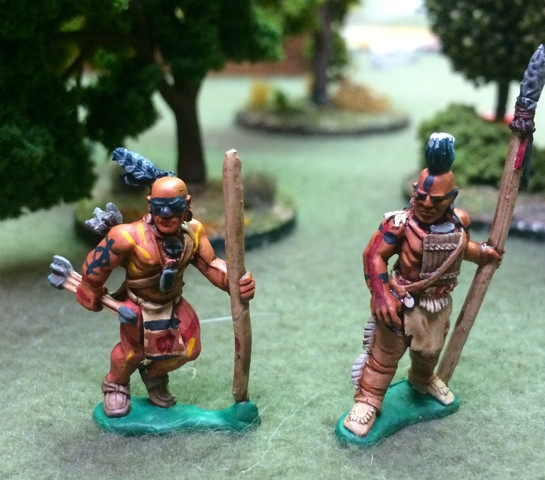 All the weapons are pre-contact, obviously, but they might mix with a few warriors carrying muskets for a game set in the early FIW period.  I’m not sure how my friend wishes to base them, so I will leave that to him. 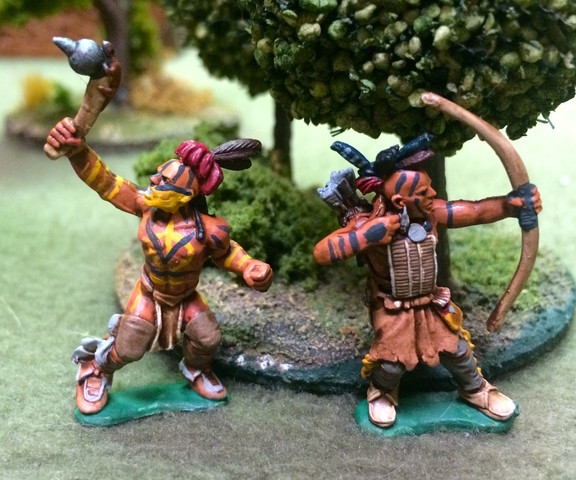 Lately for 28mm figures I’ve been using a white undercoat almost exclusively.  For these figures, which call for a palette of natural and earth tone colours, I think it worked well.  Some items, like the necklace on this fellow, are from the white undercoat, with just a bit of Army Painted soft tone brushed over it. 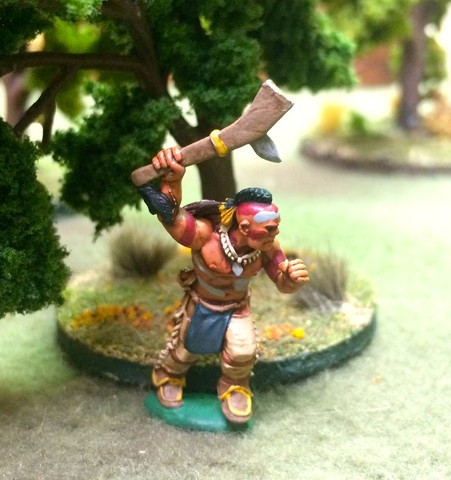 The war party assembled, before being gifted.   These fellows were great fun, and a real testimony to Bob’s sculpting.   They lack the somewhat blocky and cartoonish aspects of his pulp range, and have a more natural and fluid look to them. 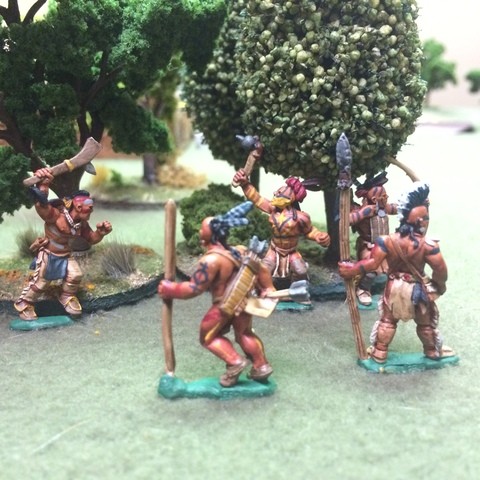 A small part of me is thinking that some of these figures would be fun to get for my Middle Earth collection, perhaps to represent the Wild Men of Druadan.   I think I’ll keep that in mind.   They might have fun hunting orcs in the ancient forests of Numenor.

Speaking of Numenor, my friend James just got on the road after a visit and gaming slumber party, and fun stuff from Afghanistan and Middle Earth to report on here soon.

Finally. to all who helped me by commenting on the great Photo Invisibility Mystery of Friday, all the photos above were posted to Imageshack. When James was here yesterday I borrowed his tablet and scrolled through some recent blog posts here.  All of the images were visible, and all of them were on Imageshack.  However, in the last post here, many of you commented (thanks for your help!) that you could ONLY see the image hosted on Google Picasa.  So, just for fun, the one below was posted to Picasa Web.  If you can ONLY see the photo below, please comment.  I’m not sure what I’ll do with that data, but anyway.

Blessings to your brushes!These figures bring my 2015 totals to: