On a somewhat more serious note, here are the last historical figures to come off the paint bench this year.  The American Civil War dominated much of my work this year.    These figures are from a batch I purchased in 2014.  It’s taken me a while to get around to them.  F&G are one of my new favourite companies.  Based in France, they do very nice work at the high-end of quality and price.  They wouldn’t be the mainstay of a miniatures army, but they do make for great accent pieces.   This is their pack depicting the command group of Brigadier General Solomon Meredith.  The flag is of the First Brigade of the First Division of the First Corps, which Meredith commanded at Fredericksburg and on the first day of Gettysburg, his last battle.

I attempted a dapple pattern for Meredith’s horse.  I’m not sure how successful I was, but it made an interesting change from brown, red brown, and black. 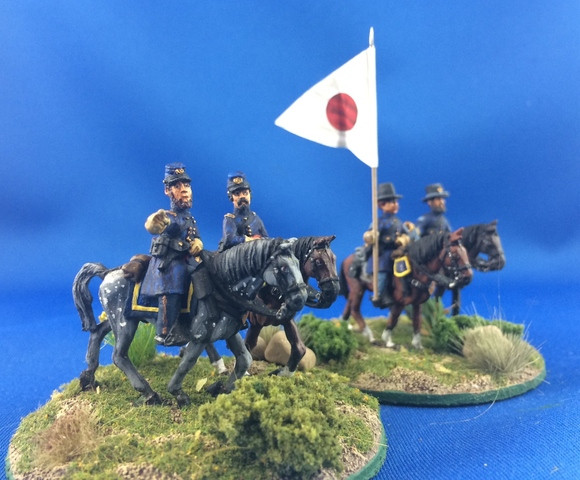 “There, major.  That IHOP across the highway.  We’ll have breakfast there. The men fought well and they deserve pancakes.”  A lot of what aides do is look in the direction where the boss is pointing and try to look alert, while hoping that they aren’t going to have to ride through the night carrying a confusing dispatch to a grumpy general. 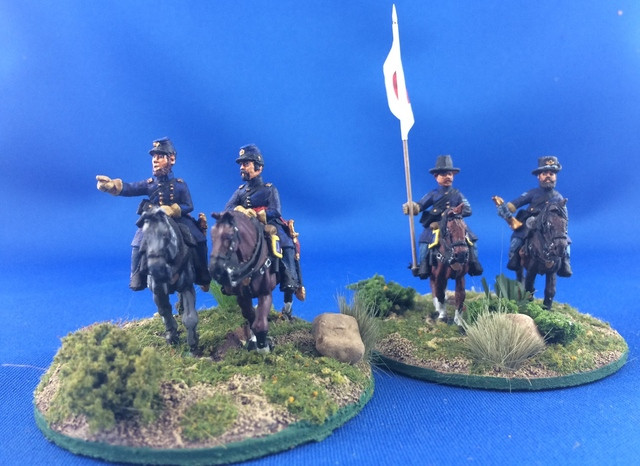 The group includes a corporal bugler and a sergeant guidon bearer.  The flag is from GMB.  Forgotten and Glorious has a deal with GMB allowing you to buy flags from them along with the figures.  Handy. 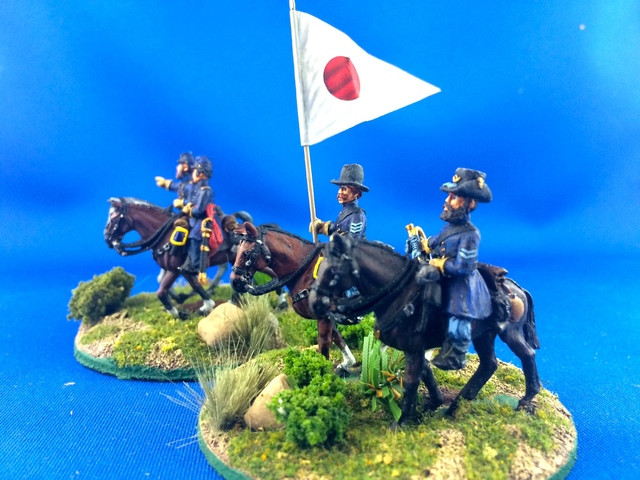 It’s interesting to me that the corporal and sergeant wear standard infantry accoutrements, including brogans or bootees rather than proper riding boots, and the frock coat and Hardee hat of the Iron Brigade.  I suppose this would be accurate, 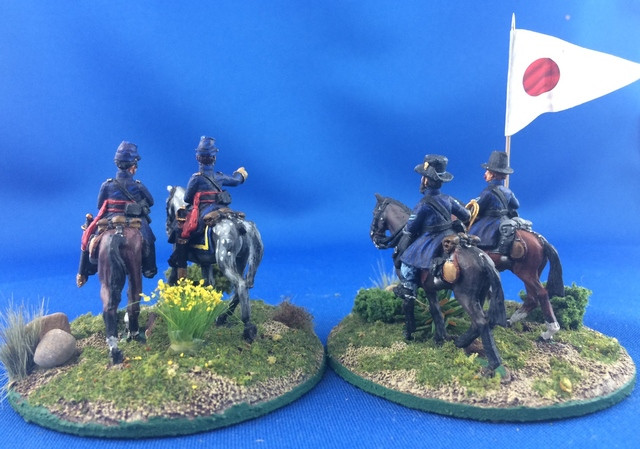 Coming in 2016, soon I hope, will be an entire infantry regiment of F&G minis to round out my Iron Brigade collection.

That’s it for this year’s painting totals.