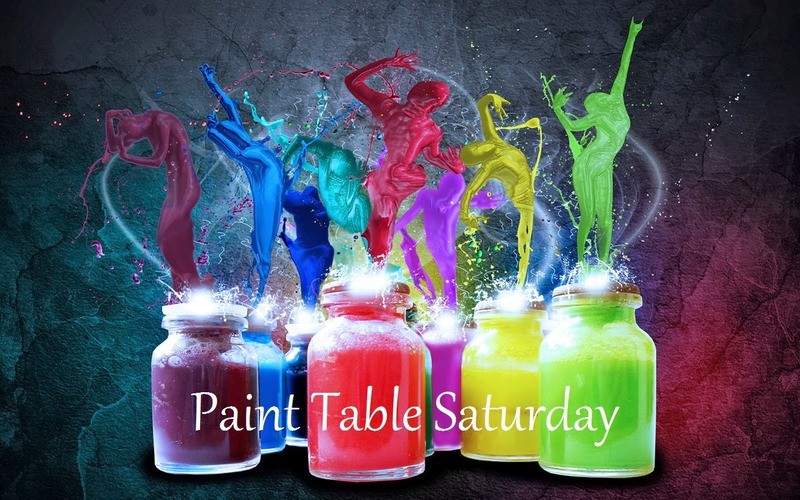 On the painting desk this Saturday are some Perry Brothers plastic ACW infantry, getting painted up as generic Union troops from the armies of the west, in plain black slouch hats.  I think I heard Col. Von Daniken in the mess saying he needed more boys since the damned rebs were so well fixed for artillery.  Mixed in is the remaining Perry artillerist fro missed from the last sprue I did of that lot.  Hopefully they’ll be done by this time next week.  There may be a warg rider running around in the background. 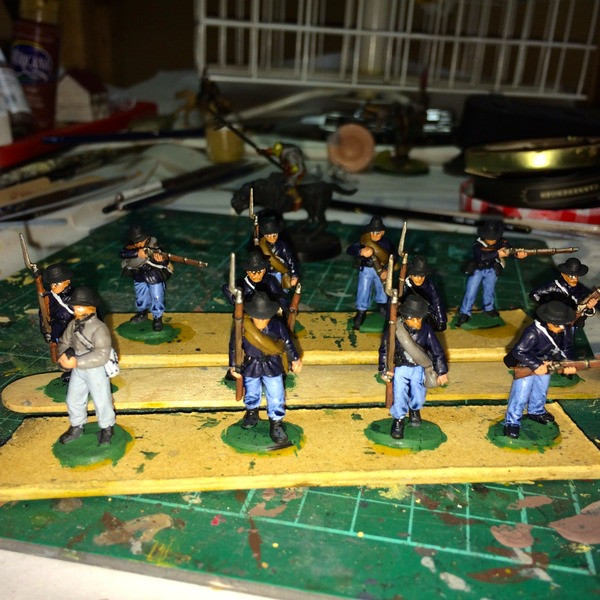 We move outside to see the other paint table in operation today.   Via the Too Fat Lardies yahoo list, I came across this tutorial by US gamer Mark Luther on how he sets up his amazing 6mm tables.   Mark’s games always make me think a flight to Atlanta might be worth the chance to get in on one.   I wanted to do something similar for my 6mm Napoleonics figures.  Borrowing slightly from Mark’s SOP, I took an old Queen sized bed sheet that we were discarding during our move.  Using painter’s tape to mark off the fields and some craft store acrylic paint, I tried to create a bunch of colours that would suggest an agricultural region.  My inspiration was seeing fields in southern Germany during a train trip this summer. 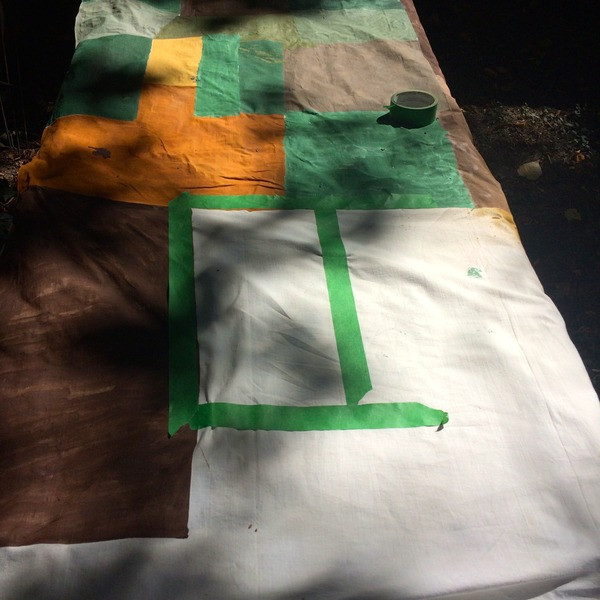 I am now almost 3/4 done and hope to be finished soon, if blessed with some more good fall weather.   Once it’s done, I intend to work on it with artist’s pastel crayons to give the fields a little more colour and texture.  I can either draw roads on it in pastel, or lay the roads out with play sand if I wish.  Hopefully it will provide a colourful backdrop for my Naps battles.  The paint has left it rather stiff and I need to find a way to soften it a bit so it lies flat on the table and can drape over styrofoam hills. Also, since it looks rather like the table mats made by Hotz and other companies, I suppose I could use it for WW1 dogfight games, should I ever feel the urge to buy some plains.  Or, I could use it as a quilt in the guest room. 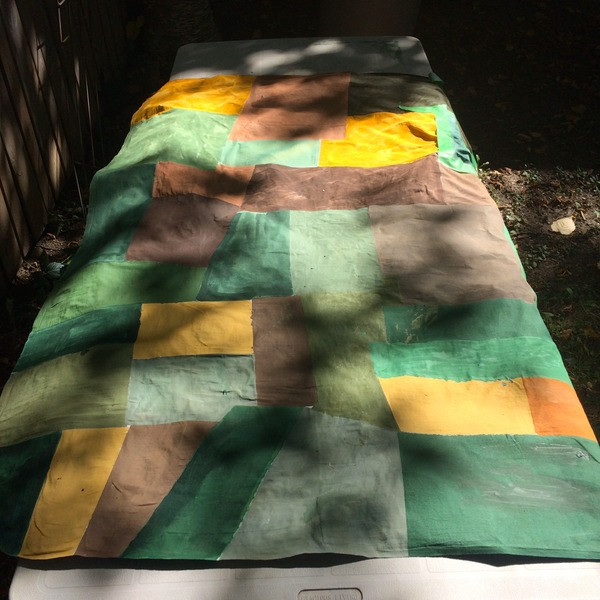 So that’s it for this week.  Blessings to your brushes!