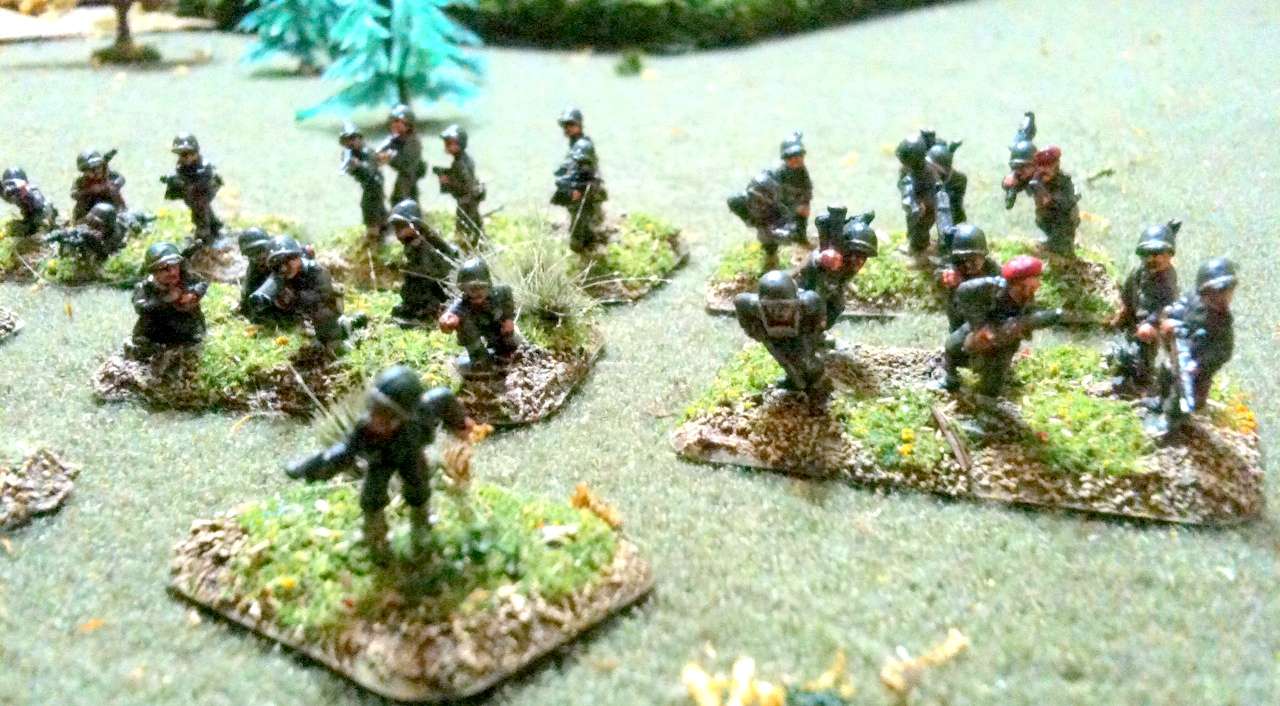 Last month I blogged on a group of WW2 recce vehicles that I did for an army friend. Said friend also bought some 15mm infantry to go with them, the Devils Brigade pack from Battlefront. The figures in this pack are armed to the teeth, almost comically so. Besides three .30 cal MMGs, they have a bazooka team and a flamethrower, at least three of what I think are BARs, and several engineer types carring spools of something that might be det cord. Wow. It's as if Quentin Tarantino were to make a war movie. Oh, wait a minute, he did. Never mind.

I have never painted American uniforms before, and I confess that I was doing this figures free for a friend, so I didn't do exhaustive research on what the Devils Brigade wore, so I gave them all US olive drab uniforms, which made the project go quickly enough. There are three fellows with red berets for a splash of colour.

Some awful iphone pictures, but here they are. 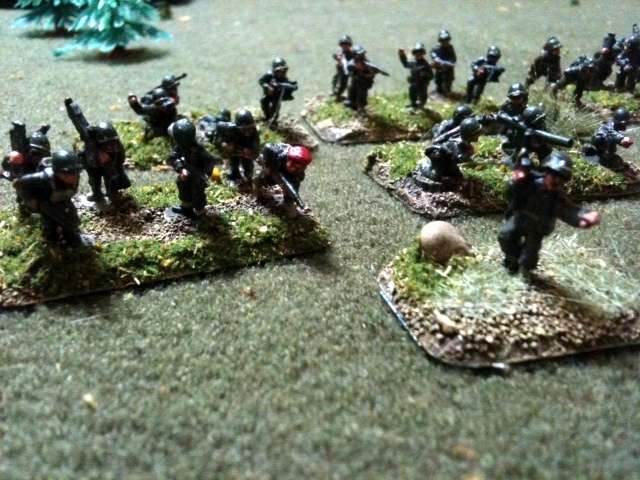 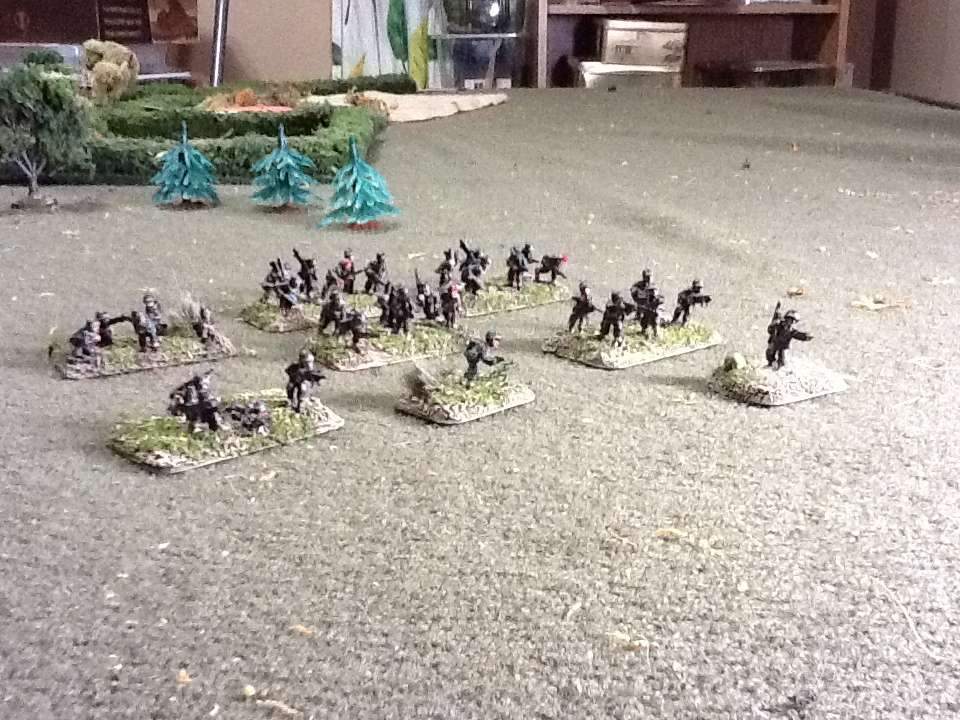 Perhaps these guys combined with Matt's Dingos, Staghounds and Universal Carriers are not especially historical, but when we do put them all together I suspect he'll have fun running roughshod over my Jerries, Sgt. Rock style, and isn't that what gaming is about, sometimes?
Posted by Mad Padre at 7:28 PM