One of the fellows at the local boardgames club brought something new this week, The War of 1812: Invasion of Canada by Academy Games. 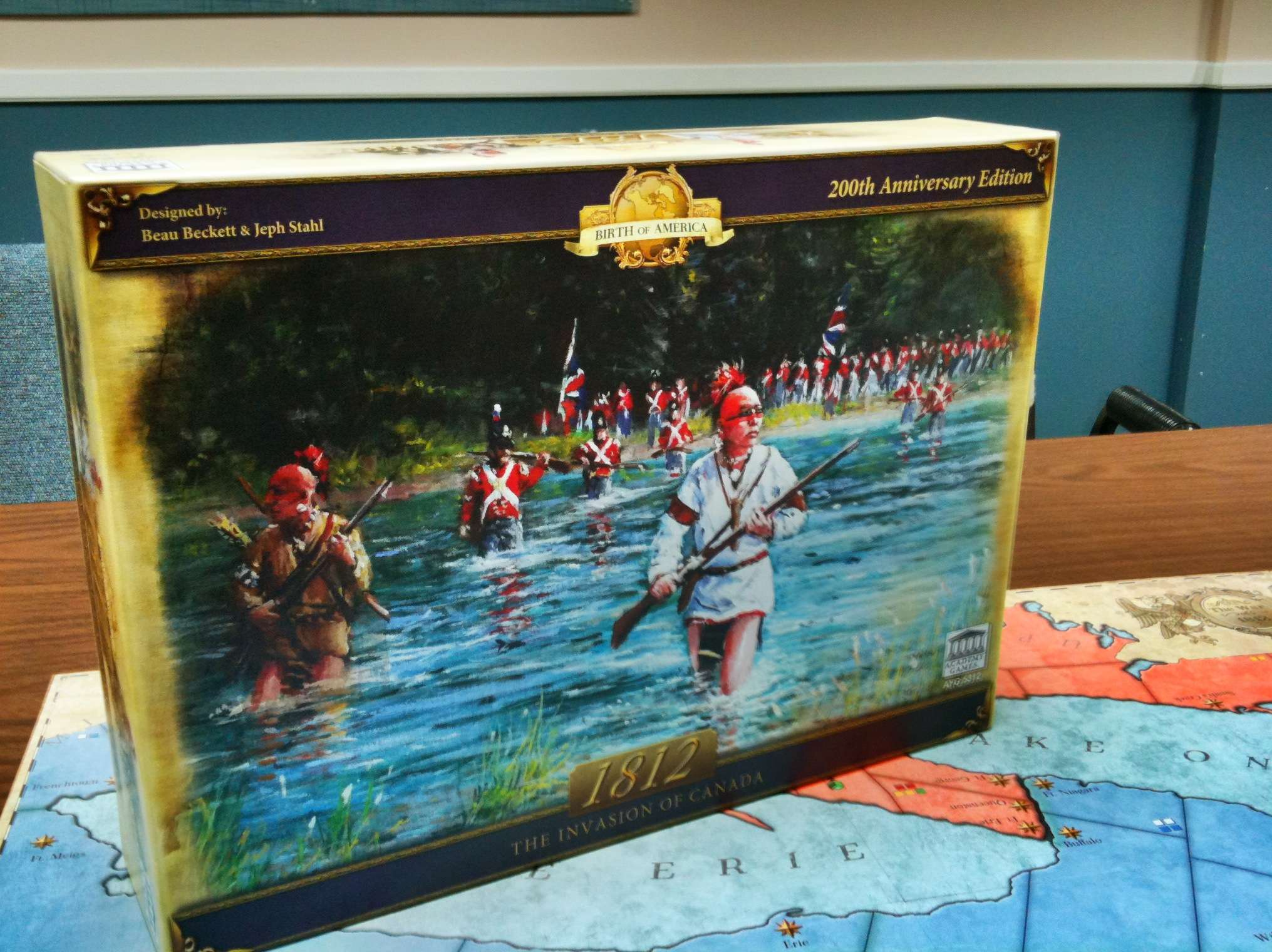 I had seen mention of this, including a brief demo video, via the ConsimL twitter feed some time back and had thought, "wow, that looks cool." It is cool. 1812 is a little more complicated than the classic block game by Columbia, but similarly fun and playable. The map ranges from Detroit in the west to Montreal in the east and is divided into areas which can be contest by up to five players on two sides. 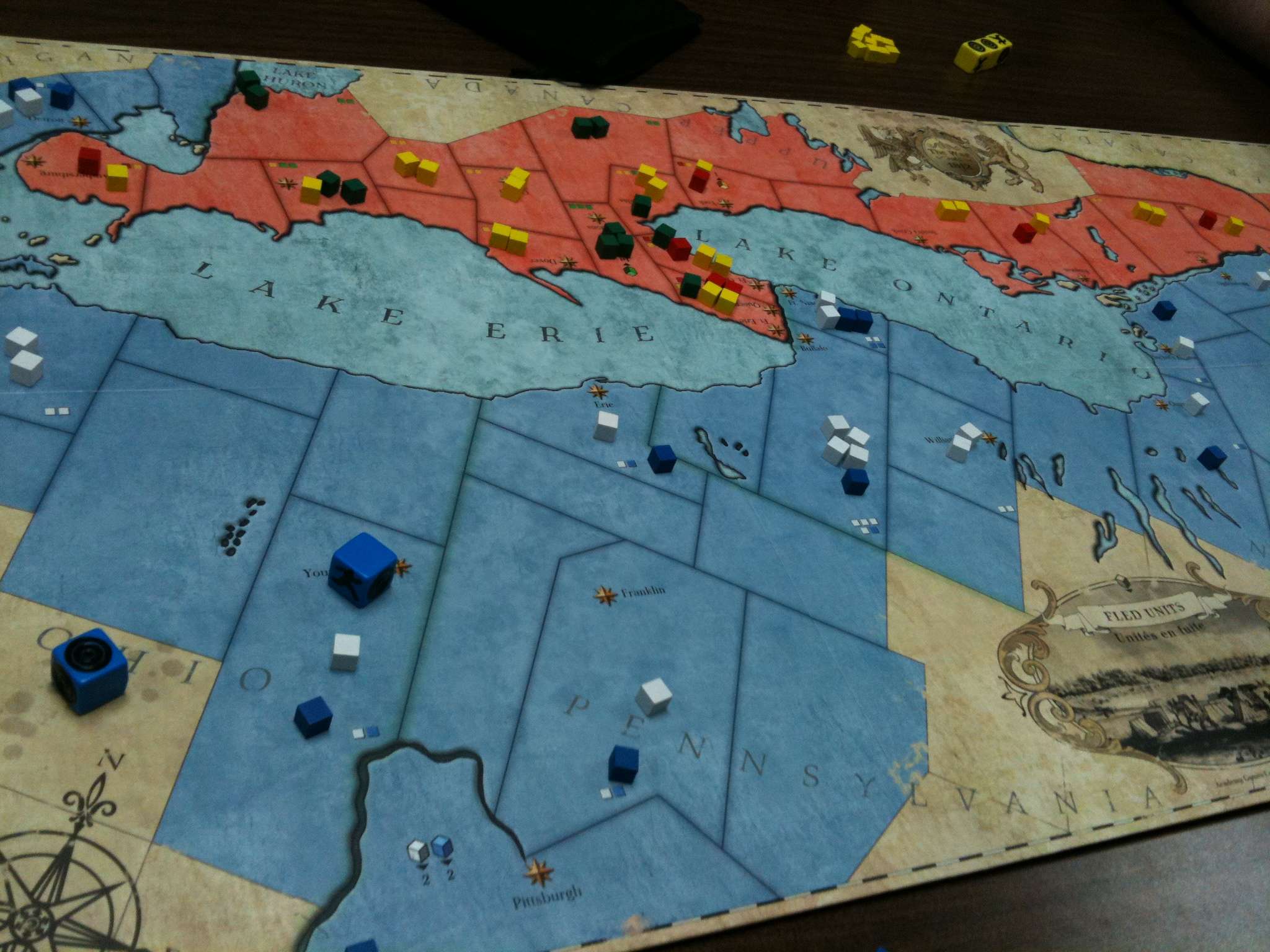 There are two types of Americans: Regulars and Militia, and three types of British: Regulars, Canadian Militia, and Indians. Each of these five types gets its own move during a turn, but in random order. Movement is card driven, and a few special cards allow movement options such as lake movement, allowing you to land forces behind enemy lines. Other cards confer special advantages in combat. Each side has several movement cards which are also called treaty cards, and when three treaty cards in a row are played by either side, the game ends. While the US players have better cards, the British player gets to move more often in a turn.

Combat is by a clever system of bespoke dice which generates several results: Kill, Run Away, and Decision (you get to stay and fight or move to a friendly or uncontrolled adjacent area). The distribution of these results varies by troop type. British regulars almost always kill their opponents and never run away, US regulars are almost as good but can sometimes run away, Canadian and US militia run away a lot, and Indians can kill and get a lot of Decision results, which means that you can use a battle to scatter them, guerilla like, in the areas adjacent to that battle. This technique is really annoying for the US.

The cards are have some really fine artwork, the production values are high, and the game mechanics are interesting and clever. The randomized sequence of the play would give some good solitaire replayability, while playing it in teams of 3 vs 2, as we did Thursday night, is a lot of fun as well.

War of 1812: Invasion of Canada gets the Mad Padre Blessing and is highly recommended. The only down side, for me, is that it has now planted a seed in my brain, that a few 28mm miniatures for War of 1812 skirmish gaming might be a lot of fun. Sharpe Practice would be the perfect set of rules. Agghhh! Stop thinking that! Noooo!
Posted by Mad Padre at 2:47 PM