Editor's Note: Ms. Katty O'Kay, a well-known belle of the town, a most respected, charitable, and chaste young lady of good family, and possessed of the finest education that New Orleans could bestow upon her, has agreed to employ her pen for the benefit of our readers desirous of intelligence as to the state of emergency in the county. In the absence of our male correspondents, who have been called to the colors, Ms. O'Kay will serve our readers with the most reliable and useful information that may be gleaned in this difficult times. 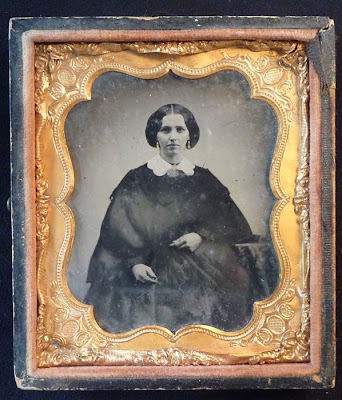 Whereas a week ago today our town of Bluffsburg was thronged with crowds and marching soldiers, and resounded with stirring martial airs, today by contrast Bluffsburg is almost desolate. That day a week ago, General Theophilus Hatcher led his command north to face the Yankee invaders.

I do not believe that there was a soul amongst us not deeply touched by those men who came to Bluffsburg County to be our defenders, especially with our own men serving across the river near Corinth, and hardly one man of fighting age remaining. From the southern part of our Magnolia State came the four regiments of Colonel Archibald (Archie to his friends, he hastened to tell me) Gibson, a hardy and experienced soldier. Col. Gibson's men hale from the pine forests of the Gulf Coast region, which explains their nickname of the "Old Pine Tar Brigade". As one sergeant told me, "We are fixing to stick to our ground like pine tar, and not go anywhere."

Proceeding Gibson's brigade some days prior was of course the brigade of Col. Roger Ewing Bates, a mixture of soldiers from Arkansas, Louisiana, and far away Texas, all grim and experienced fighters. They were ferried across the Mississippi early one morning, and I have had no knowledge of their whereabouts since. One thing is sure, between Colonels Gibson and Bates, both banks of the Mississippi will be stoutly held against the Yankee.

Who present a week ago will forget the cavalacade that led the way north out of Bluffsburg, the dashing cavalry of Col. Romney Wagner? This proud chevalier leads men from Texas, Georgia, and our own Magnolia State, the 19th Light Horse from the border country near Tennessee where boys learn to ride early on. Accompanying them was a trim battery of flying artillery, under the young and dashing Captain Collver.

Of Colonel Hatcher, all present felt the greatest admiration for his sacrifice. Several months after he was wounded at Shilo, he still wears his arm in a sling, and the pain of his wound is written clearly on his face. Nevertheless, this brave and veteran commander is determined to take the fight to the enemey. As he told the Mercury, Jefferson City may have been taken by surprise, but he is determined that he will meet and defeat the enemy before they can take Bluffsburg.

There is no citizen, I am sure, who will disagree that Bluffsburg is the key to the upper Mississippi. With our commanding position on the hills above the river, our town is the only bastion north of the larger city of Vicksburg. Indeed, as General Hatcher told me, if he can hold Bluffsburg, then he holds the key to the locked door of Vicksburg in his pocket, and the Yankees will be unable to connect with their tyranous forces oppressing New Orleans.

Now, a week later, the town is quiet and apprehensive. General Hatcher and his troops have moved north, and all know that Yankee troops have been massing in Jefferson City this past month. We must put our faith in southern arms and chivalry now. However, Bluffsburg still has defenders. A stout battery guards the heights above the river, and down at the docks, two mighty warships make their final preparations.

Today I visited Captain Seamus O'Donnell and his command, the ironclad Joshua and the river gunboat Maccabbee. These two warships are making final preparations to get underway, and will steam upriver to reinforce the fort at Island No 6, which readers will know from before more peaceful points as a key link between the banks of the Mississippi. Captain O'Donnell, a native of County Cork and a former sailor in the Royal Navy, gave me a tour of his flagship the Joshua, and it is indeed a worthy tribute to its namesake, the mighty warrior of the Lord from Scripture. With its decks wrapped in iron rails, stout beams of timber, and terrifying cannon hidden within its casemate, the Joshua will surely guard the river against anything the Yankees may devise.

And so, gentle reader, we await what fate and the Northern invader can do, trusting in God, in our brave soldiers and sailors, and in the resolve of our citizens. May Bluffsburg remain, in these dark times, a shining city upon a hill, a beacon to the free peoples of the South!
Posted by Mad Padre at 3:00 PM