Some interesting opening moves.   Russia moves south and Germany moves west, indicating some degree of trust between the two.   Likewise, Austria and Italy appear to have an understanding allowing them to pursue other goals, particularly carving up the Balkans.  France may have to look over her shoulder at that English army.

I am hoping that the Daily Dissembler can locate Sir Erasmus Blatt for more in depth analysis. 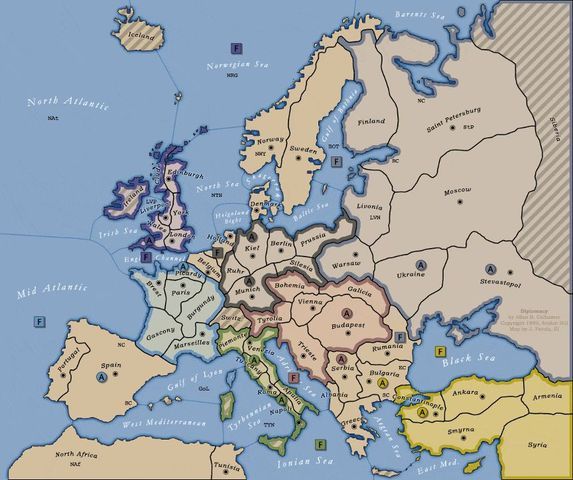