At the end of two turns, with most of neutral SCs pocketed and the some players already nibbling on one another, here are the builds at the end of 1901.

France, Germany, England and Austria are launching warships as fast as they can.   The Royal Navy will need some the help of some agile diplomacy if it is going to fend off all the menaces it faces, while the Balkan situation is too complex to predict. 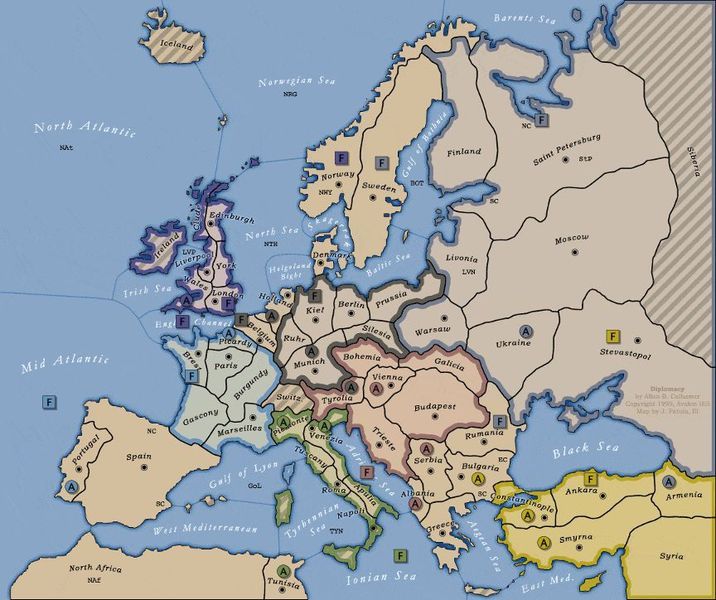