The chaps at the club tonight had already finished Roll for the Galaxy by the time I got there. and had decided on playing this title, Castles of Mad King Ludwig, or Castles Made Me Mad as I came to call it.  This is a tile laying game with some clever tactical layers for them what likes tile laying games. 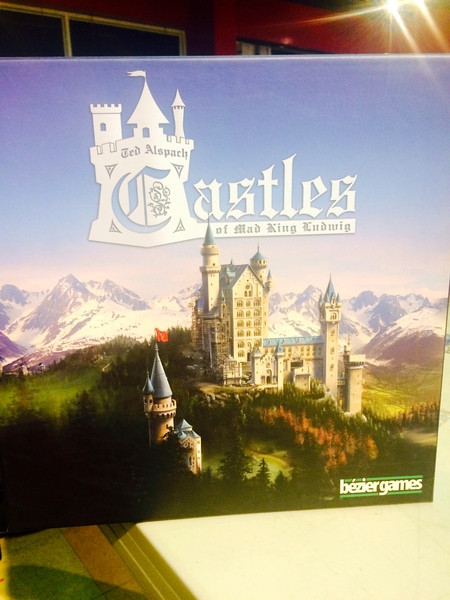 Players take turns being the Master Architect, who receives money as players spend their hard earned coins buying rooms which, other than having a given footprint, may have the desired attributes, or may not. 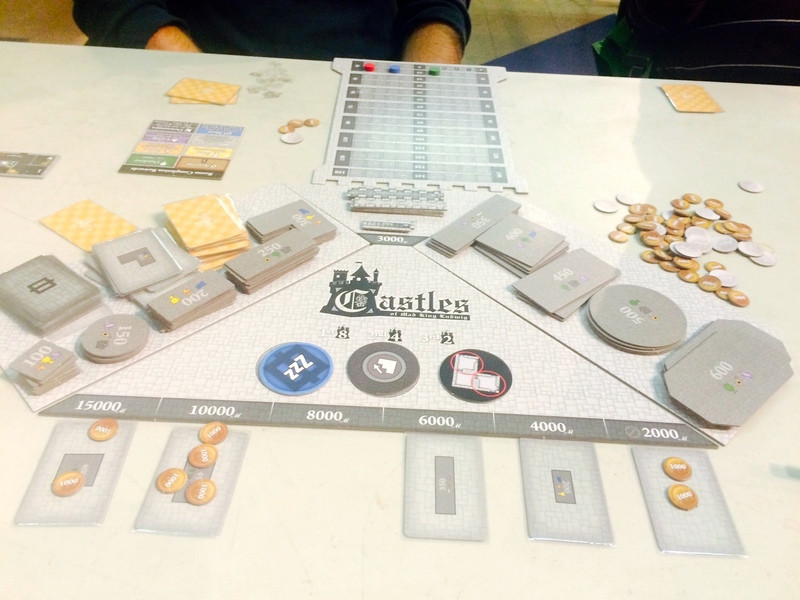 My castle takes shape.   You get points for completing a room (having all the tile’s doors opening into another room, hallway, stairs, etc).  You get points for placing tiles (that big garden hex is worth a nice 5 points) but more points form completing a room (that garden has three exits, so it takes three more expensive tiles to complete it).  As the game goes on, the smaller tiles, which have fewer doors and are thus better for completing rooms, start to become more valuable.  Rooms also have themes which can generate points or cost them - for example, you wouldn’t want to put the ten-pin bowling alley next to the royal bedroom.

There is some luck in the kinds of tiles one draws, but there is no dice, and so the game is more about thought than about chance. 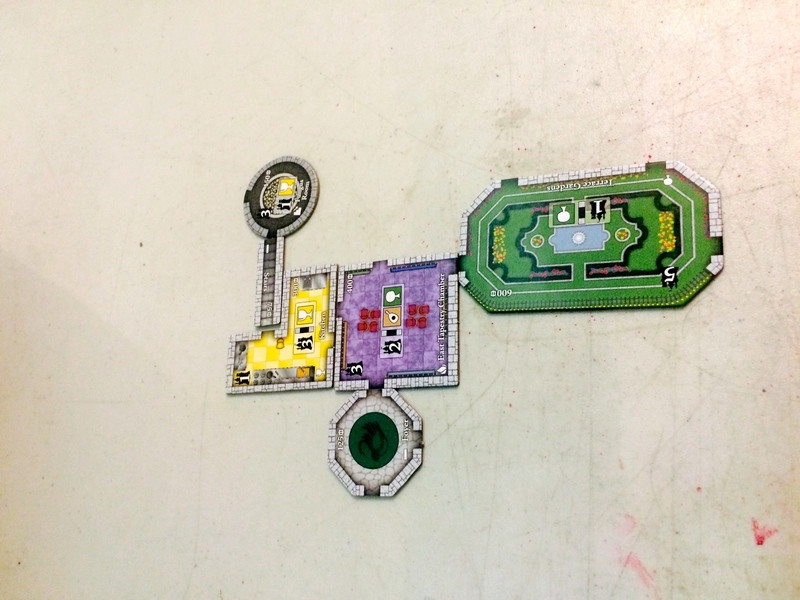 A clever game that clearly has more nuances than my poor head could appreciate on the first play.  It would be fun to play it again.  From Bezier Games, for 2-4 players.

Blessings to your tiles!