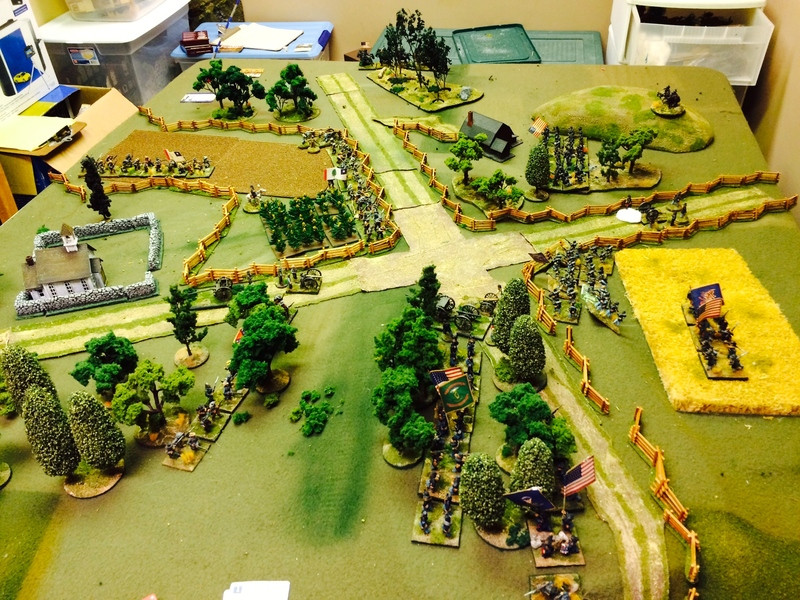 Engel’s 9th Wisconsin Vol. Artillery gets two of its sections on the hill overlooking the crossroads, a howitzer and a light rifle (note recently finished Perry Bros limber with invisible horses).  The 11th Ohio surges up in support.  Cannister fire from the Napoleon of the Little Rock Artillery destroys the howitzer before it can unlimber. 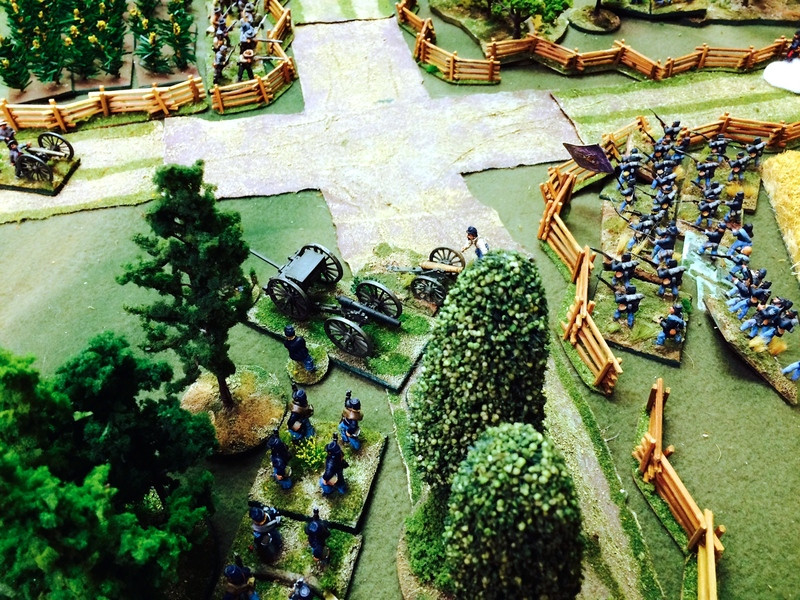 On the Union left, the Irish of the 33rd Wisconsin push forward to the woods where the 14th Arkansas greets them with a volley, special effects supplied by my amazing Kinch lights.  The Union plays a Thick Smoke card turning the CSA shooting into Skirmish Fire (requiring a 6 on a d6 to hit) and the Arkansans miss. 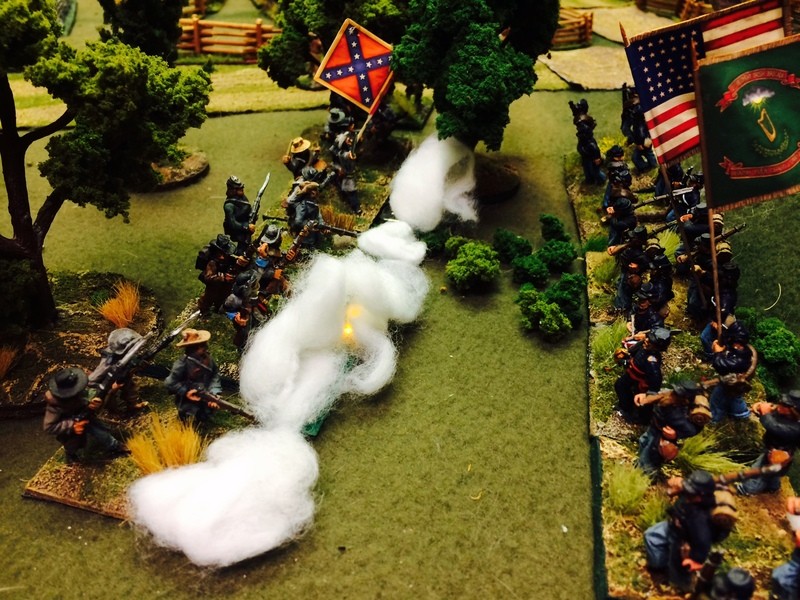 General Pinckney follows the advice of his Chief of Staff, Col. Frietag, and has the 39th Mississippi about face and retire from their advanced position.  The reserve 42nd MS crosses from left to right to reinforce the 14th Ark.  Unfortunately, the Union plays an interrupt card, freezing the 42nd MS in their tracks and creating a traffic jam.  In the background, the other section of the Little Rock artillery, also moving from left to reinforce the right, gets jammed up as well. 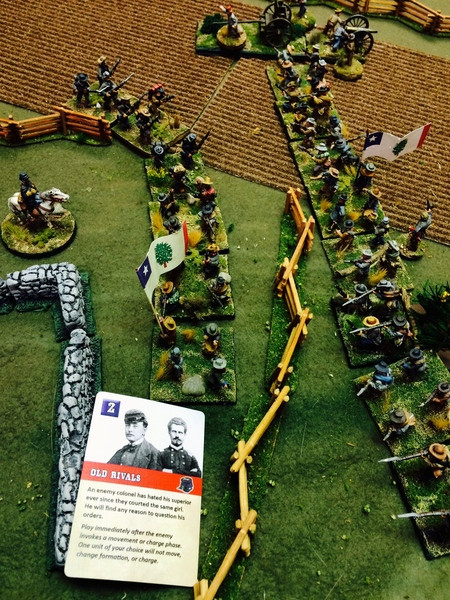 Overview of the battlefield at the end of the 3rd turn. 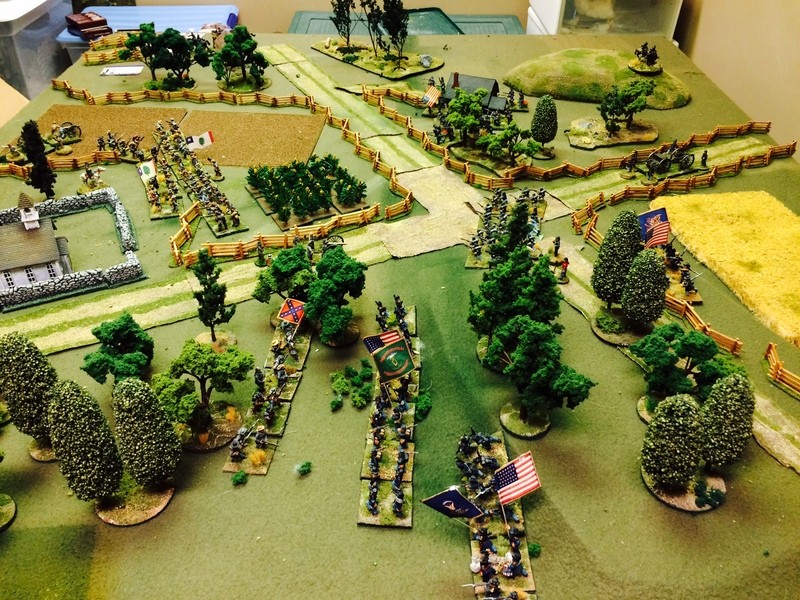 Union Turn Four.   The 33rd WI returns fire at the 14th AR, but since the rebs are in the woods and it is thus skirmish fire, the Union miss the needed sixes.  Lots of gun smoke but no damage. 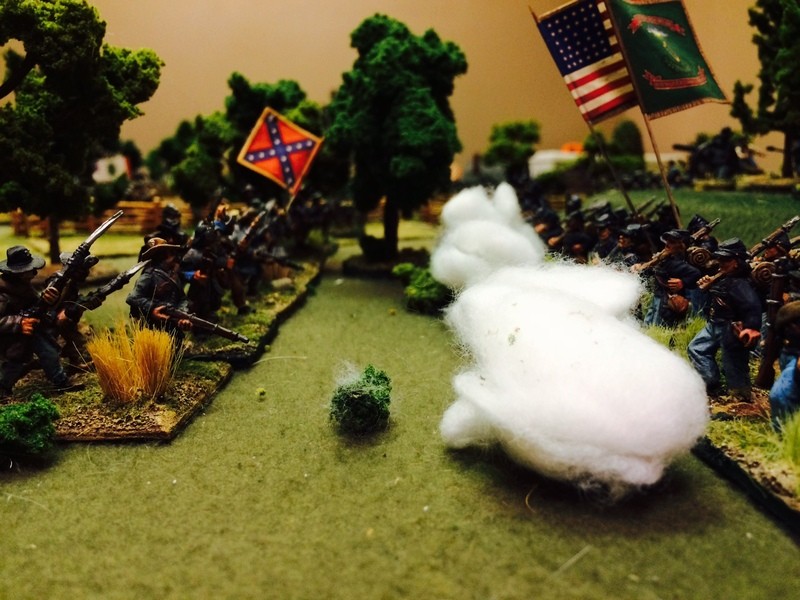 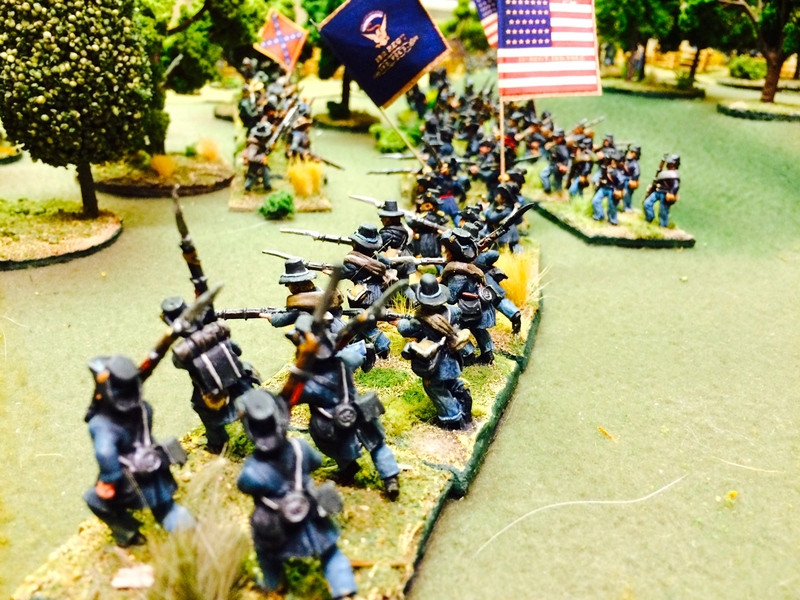 Situation at the beginning of the CSA turn.  Note the Union cavalry have reached the other end of the table and are poised to dismount along the fence line.   The rebs don’t have much time to sort themselves out. 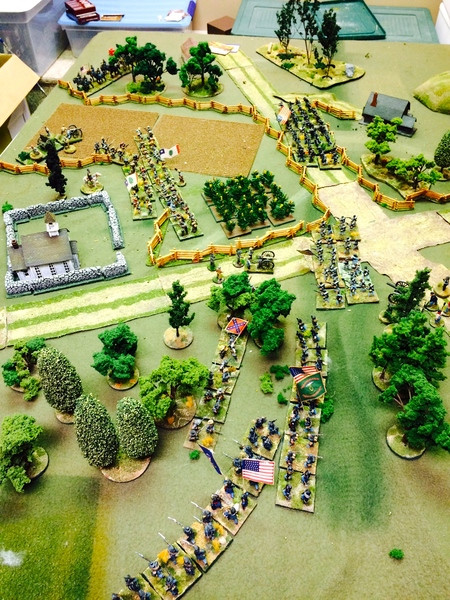