Glory to the little miniatures representing the Red Army! 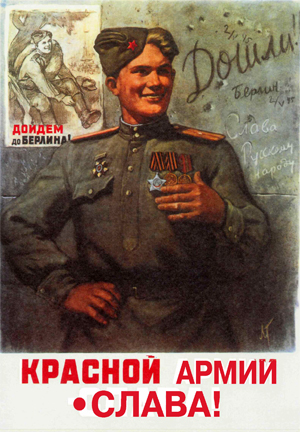 Here’s another completed project as 2014 draws to a close.   Here are 81 figures (65 infantry plus 16 crew for various heavy weapons) for a substantial reinforcement to my 15mm Soviet WW2 army. I’ve been working on these fellows on and off throughout December and it’s possibly the largest batch of figures I’ve done at one time.  Very satisfying when completed.  The figures are mostly Plastic Soldier Company with a handful of Peter Pig and Battlefront thrown in.  All were done using the speed painting technique I’ve described earlier, using a base of Vallejo German Panzer Yellow applied by airbrush which becomes the tunic, and other colours applied for trousers, weapons, webbing, etc, and all finished with Army Painter dip.

Technically I shouldn’t be showing these pictures, as some of these figures (I won’t say which ones) are eligible for the Analogue Hobbies Challenge, and others were painted before the deadline, but I want to include the lot in the VisLardica challenge totals, so here we go.  Curt, pray forgive me. 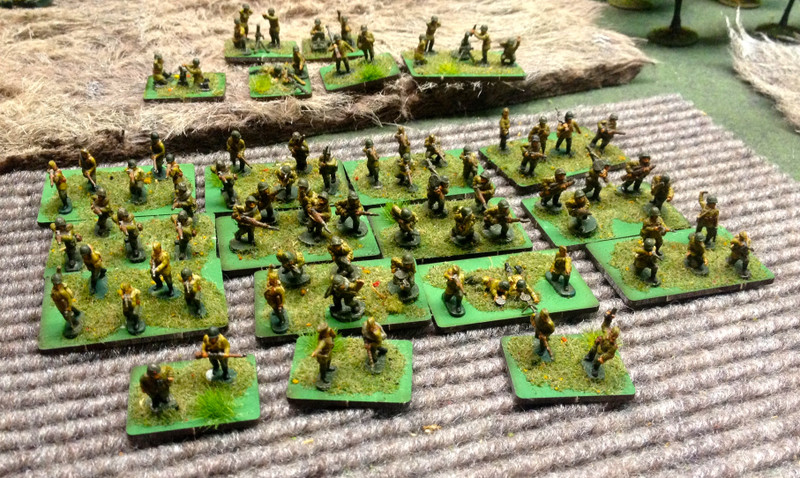 Heavy weapons detachment - all figures and weapons are from one of the four sprues in the PSC Russian Heavy Weapons box.  A sprue gives you one heavy, one medium and one light mortar, a Maxim MMG, and a moving and firing anti-tank rifle - the number two figure for the moving ATR comes from the PSC infantry box.  I need to get the rest of these guys done for some more firepower.

Battlefront metal castings, kindly given to me by blogger Chris Stoesen a year or so back.  They don’t mix quite so well with the PSC and Peter Pig figures, so for the most part I kept them on their own bases.  The bases are 4Ground’s line of bases cut to Flames of War standard sizes, which is what the rest of my WW2 collection is based on. 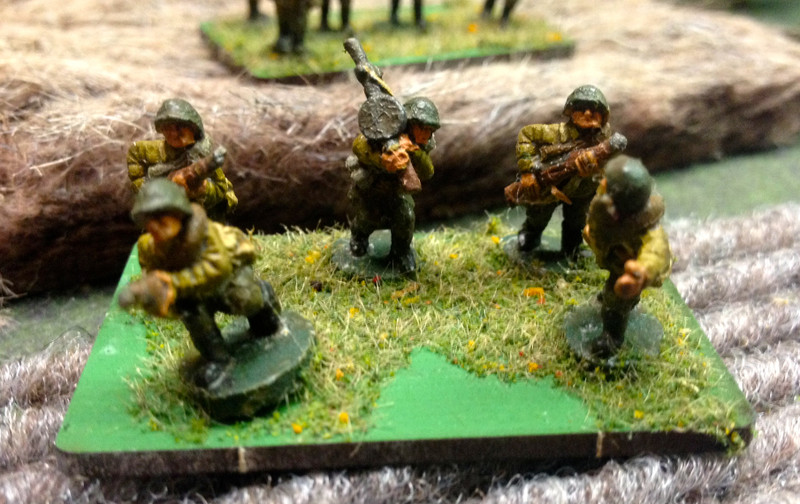 PSC and Peter Pig figures mixed together - quite compatible, I think. 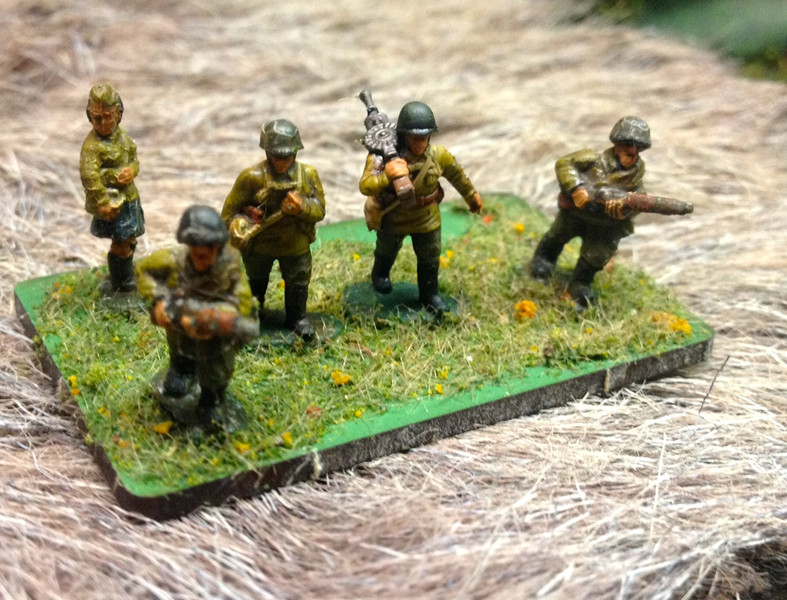 SMG armed troops.  I need to paint up a few more and I’ll have a complete SMG platoon, useful in close quarters work.  The leader on the small base at the front with hand raised is a BF figure.

These fellows had their debut on Saturday night in the battle of Turnipograd, at my mate James Manto's (aka Rabbitman) place.  This was in between him stuffing me with trifle, turkey sandwiches, ginger bread pudding, and delicious stout.  You can read his AAR here, and also see me in my very cool “I Heart CCCP” Tshirt, worn to honour my glorious Red Army soldiers.  Below you can see the opening stages of the meeting engagement, as the Soviets push into Turnipograd (The Turnip Capital of Belorussia) from the bottom and the evil fascist kitten eaters from the top.  The buildings are mine, a mix of 4Ground and Paper Terrain, also making their wargaming debut.  I have quite a few more Paper Terrain buildings to finish, from their Southern Russian Village set. 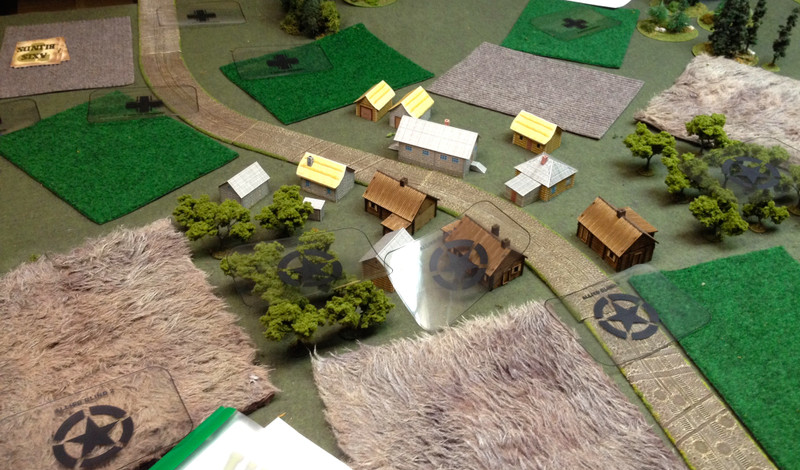 As the Germans were threatening my understrength HQ platoon in the large building, I ordered Lt. Nobsky’s platoon to make a glorious charge to oust the invaders.  Sadly, the attach was thrown back, and many posthumous martyrs of the People were made that day, but they did inflict enough casualties to check the German advance. 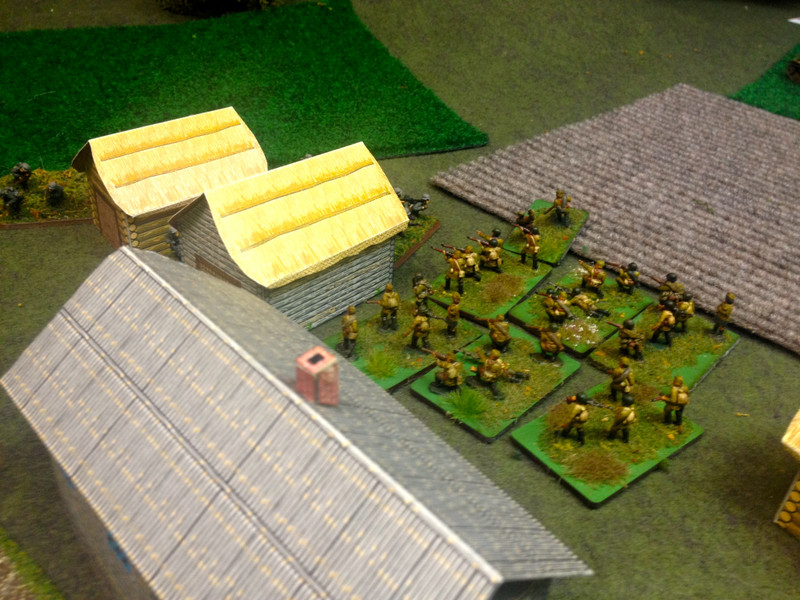 My T34s (also PSC models) advance on a platoon of PzIVs, and are doing some damage, just before a zug of Marders (visible top left) announce themselves.  The T34s were commanded by Comrade Mikey Barratt. 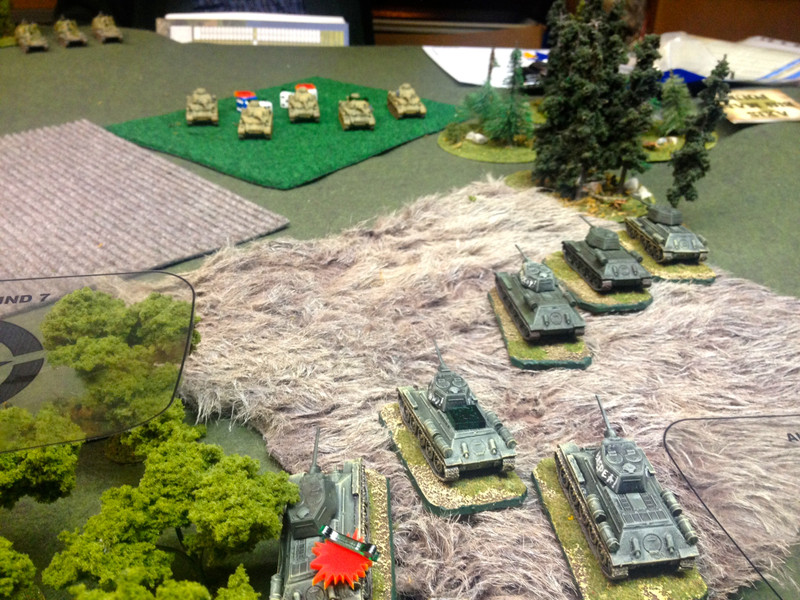 Comrade Mikey drives off the Marders, but between their fire and the Panzer IVs, he gets messed up badly while revealing his hand too slowly.  It would have been better if the whole Soviet tank company had advanced and fired together.  I must have Comrade Mikey shot.  Some of the T34s in this shot were painted earlier this year, and some will be in a forthcoming Analogue Painting Challenge entry, but again I won’t say which ones. 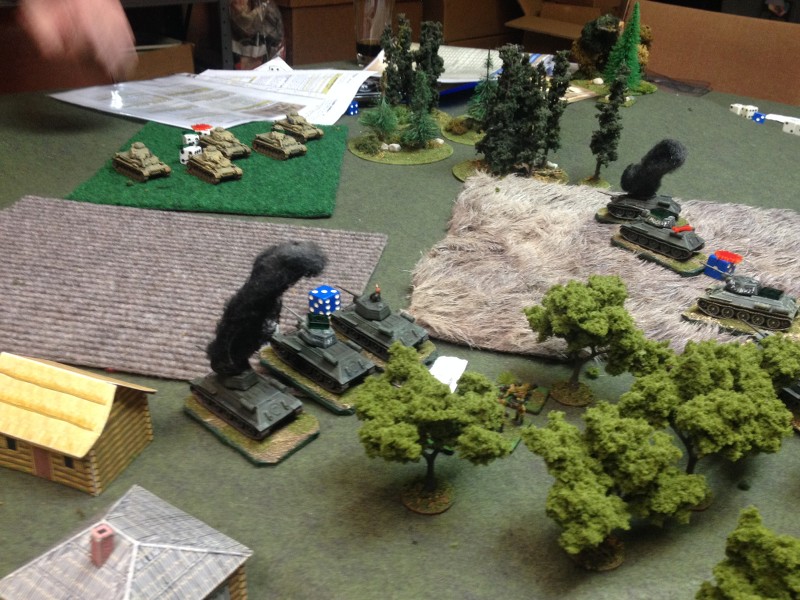 It wasn’t a very serious fight but it was fun to get these figures on the table.