A while back a Works in Progress post showed two ACW ship models near completion. I'm happy to report that they are now launched and beginning a very brief shakedown cruise before they engage the enemy in my ACW Bluffsburg email campaign.

Both these models are 1/600 scale ships from Thoroughbred Models. I had a great experience with proprietor Toby Barrett, who shipped my order promptly and without hassles. The models are finely sculpted pewter and quite lovely. Here is TS13 Confederate Cottonclad (River Ram & Gunboat) taking to the water as the CSS Maccabbee, steaming upriver to defend Bluffsburg. 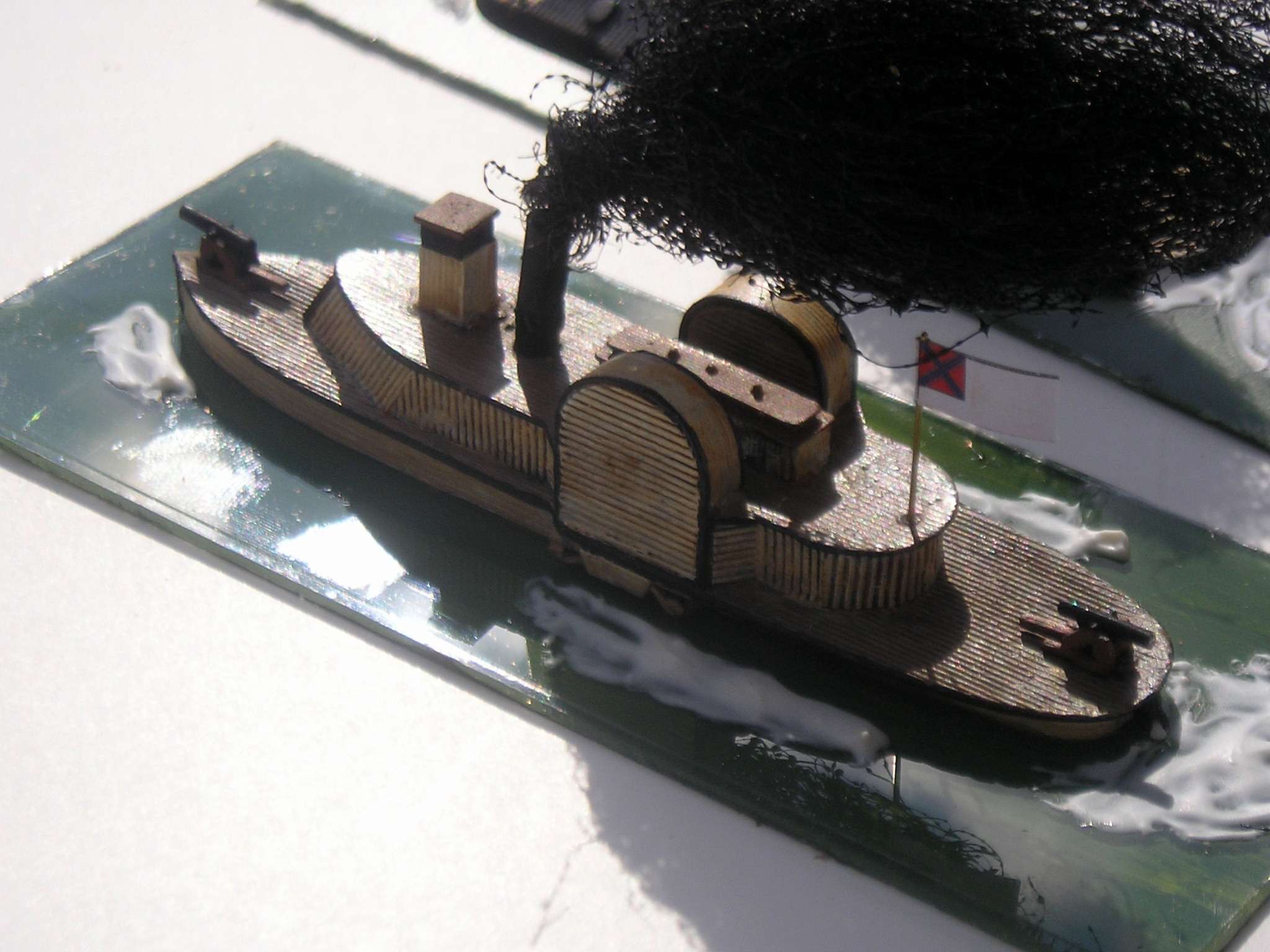 Close behind is model TS75 CSS Missouri (Western River Ironclad) in its campaign role as the CSS Joshua, the flagship of the small armada protecting Bluffsburg. Just a little bit of rust on the casemate, especially around the seams and gunports. 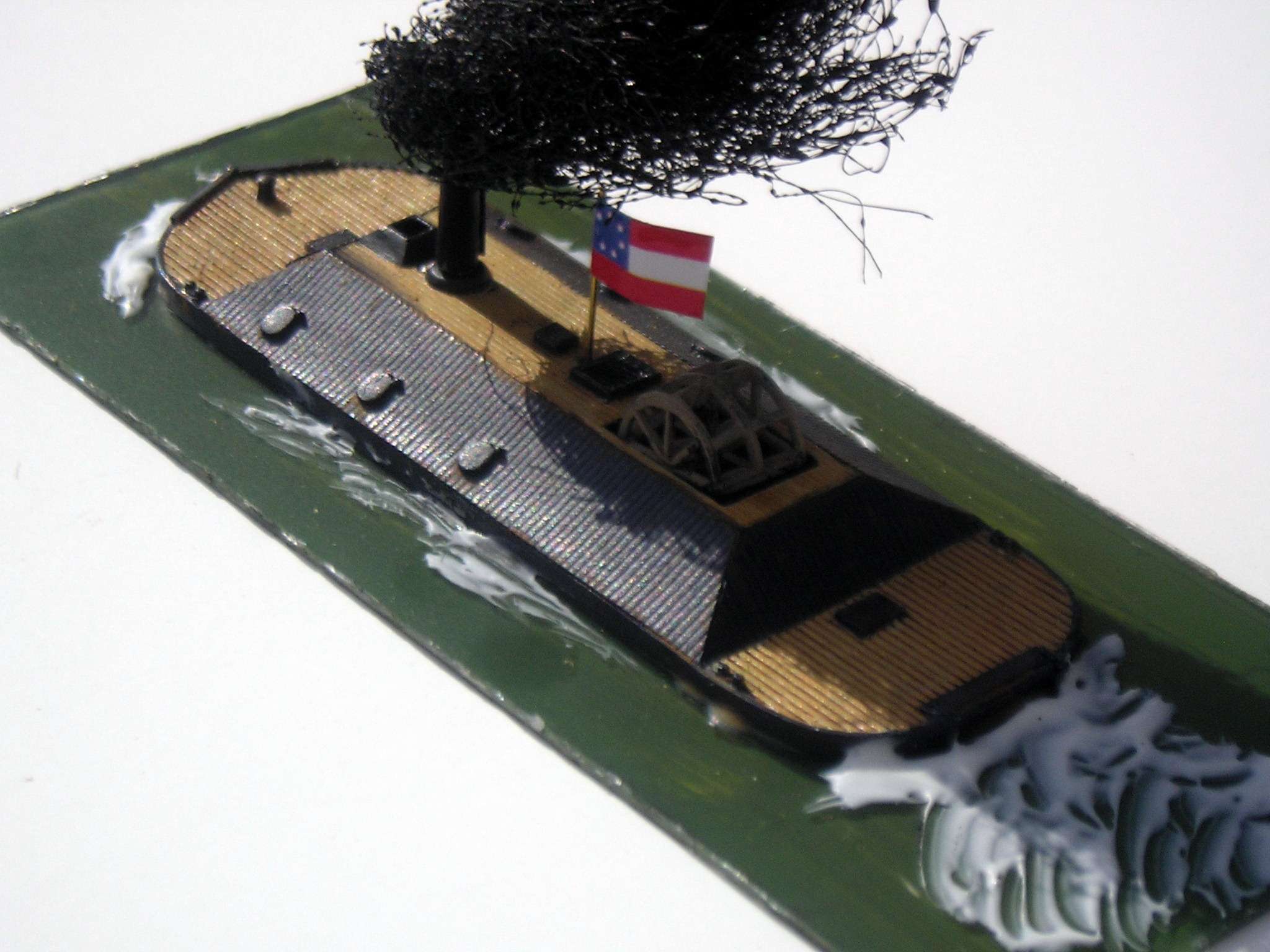 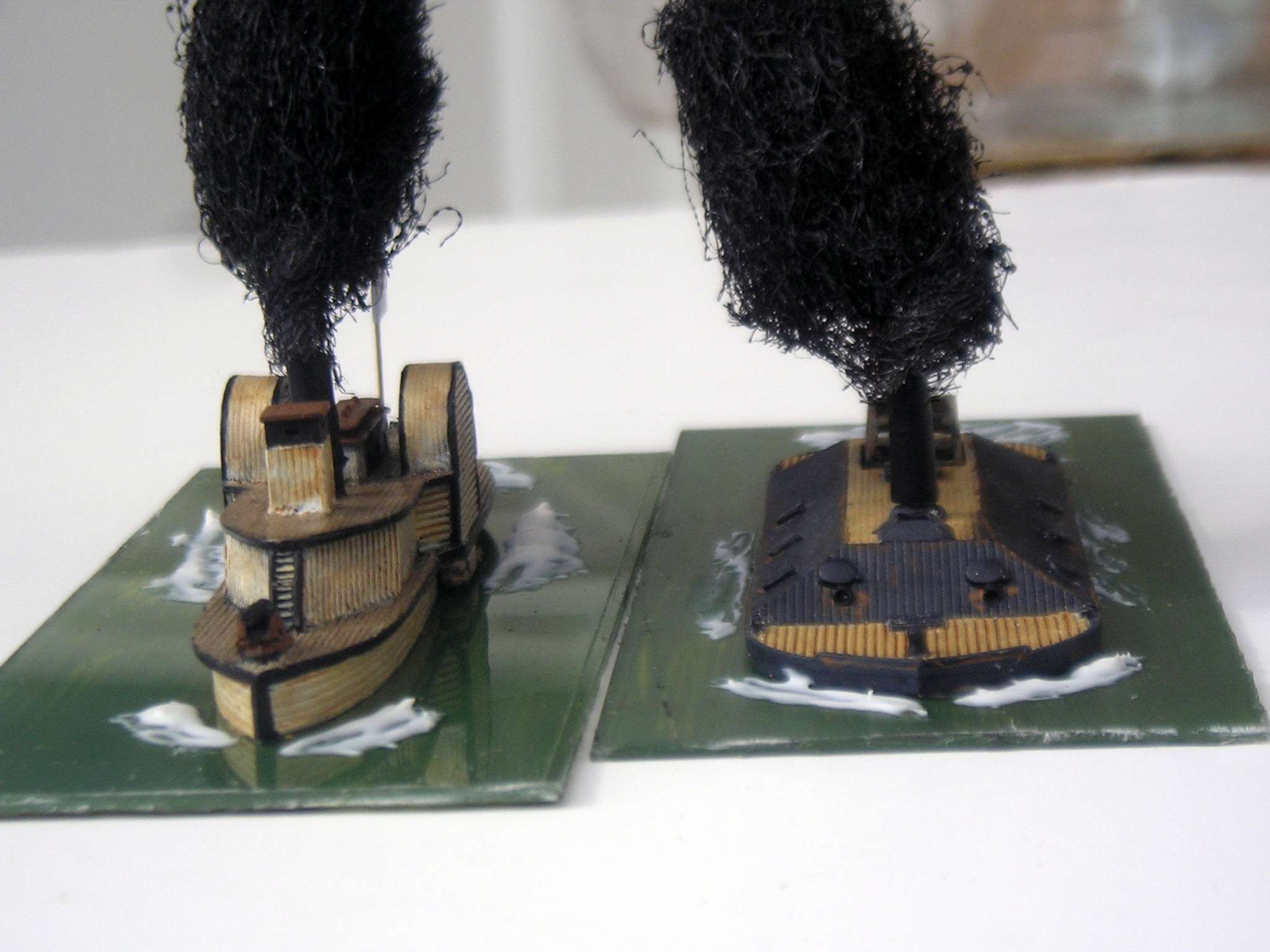 For the bases I used thin plasticard, painted green as per this video showing two fine fellows cruising on the Kentucky River. 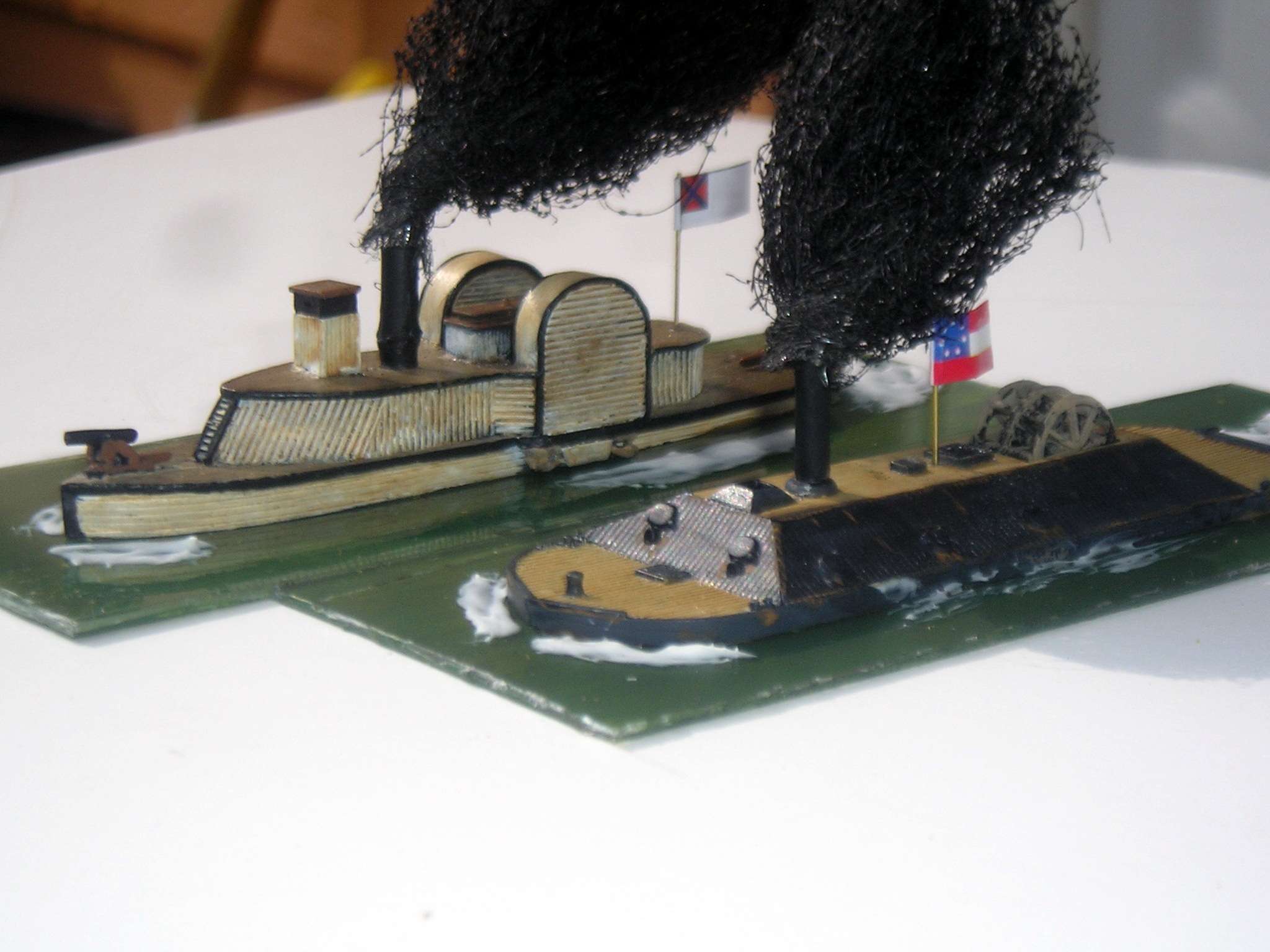 For the smoke I used steel wool, spray painted black, over a bit of paperclip, the end of which was glued into holes drilled into the funnels. My technique with the Dremel tool was none too steady, I fair came close to wrecking the funnels and had to quickly repair them. Mrs Padre asked me a very good question, are these ships buring coal or wood? If wood, she thought the smoke would be whiter. Coal, I hastily answered. They're burning coal. I am not entirely sure what coal supplies would have been on the Mississippi, especially for the CS, so I hope I'm right.

The bow waves and churned water by the paddlewheels and at the stern were made using Golden brand artist's moulding paste. I see I slopped a little onto the side of the Joshua, I'll have to go back and retouch that. I tried to be sparing, but I think I caught the sense of movement through the water.

So these are the first ship models I've built and painted in ages. There are some more ships on the slipways for the Union, and they should appear here soon.