This post picks up where Part Two of The Rockies Ablaze left off. Part One can be found here.

The morning after Frenchy Lamoreux’s visit, Sgt. Bill Craighurst set off for the mountains.  It was a calm, bright winter day, and he figured he could make it to Indian River and back before dark.   From Frenchy’s account, he wanted to have a word with Ratko Gligic, the person of interest in the disappearance of Scotty Grainger.   Craighurst relished the chance to get away from the post and breathe the mountain air, and Laurier, his massive Husky, was clearly delighted to be trotting along. 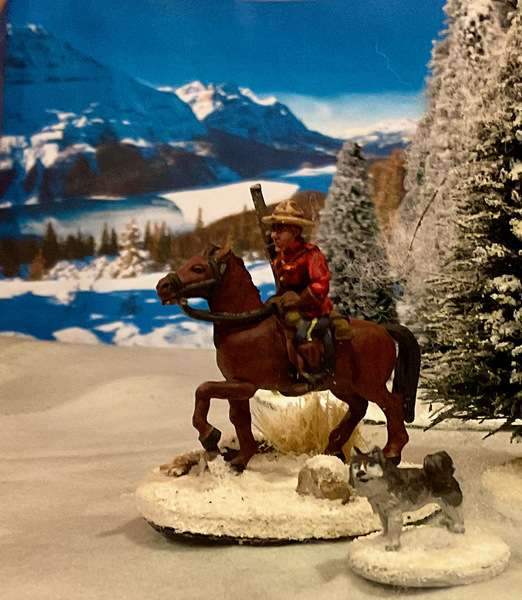 The Mountie stopped first at Grainger’s cabin, which as he expected was cold and empty.  There was no sign that it had been ransacked.  Everything was tidy and orderly, like the man himself.  He reached Gligic’s ramshackle place shortly before noon, and saw faint smoke rising from the chimney.  Craighurst dismounted, tethered his horse, and approached cautiously, studying the cabin.   Other than the trace of smoke, there was no sign of life. 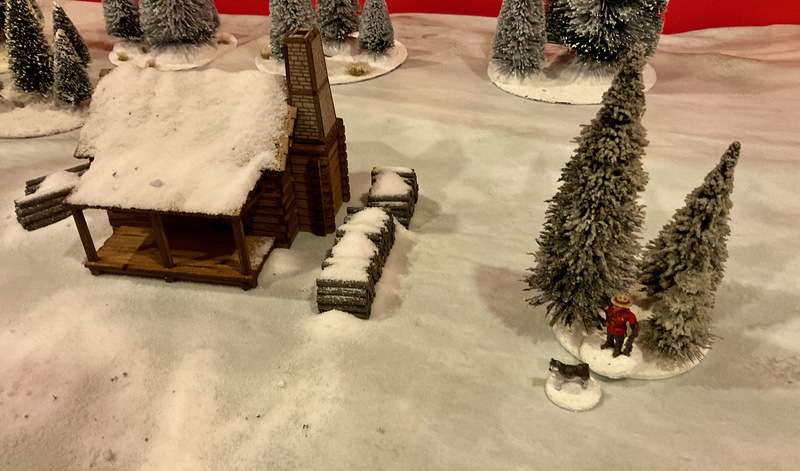 Craighurst didn’t see the trap until he was on top of it, but his natural dexterity allowed him to throw himself aside before his foot descended on the touch plate. 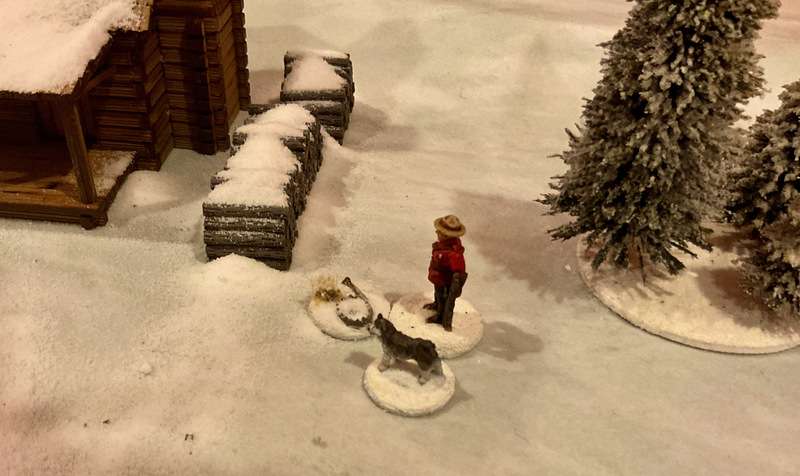 He was still lying in the snow when he heard a snarl, a shout, and a fusilade of shots as Gligic stormed out of his shack.   Craighust felt a bullet pass through his Stetson as he crawled behind the shelter of Gligic’s woodpile, dragging his rifle by the sling.   “Ratko, calm down!  I’m just here to talk!"

“Go away!  Leave me alone!  I kill you!”   From the thick Slavic accent, it was clearly Gligic.

A bullet slammed into the woodpile.   Craighurst chambered a round as a precaution, but thought talking was still better than shooting.  “I just want to talk about Scotty Grainger.  Where’s Scotty?" 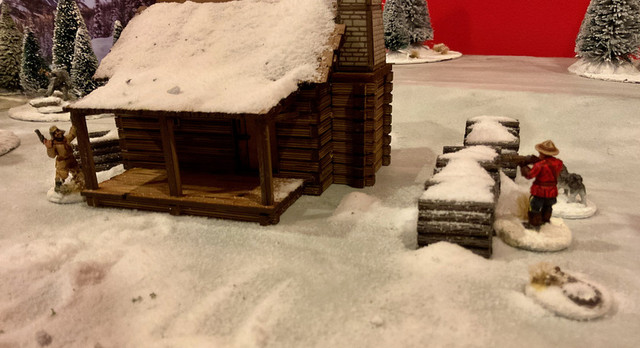 This conversation was clearly going no where.   Craighurst gave a hand signal to Laurier, who trotted off behind the cabin.  Another shot, and a volley of Balkan curses.  “You go now, bastard!  I kill you!  Wolf kill you!” 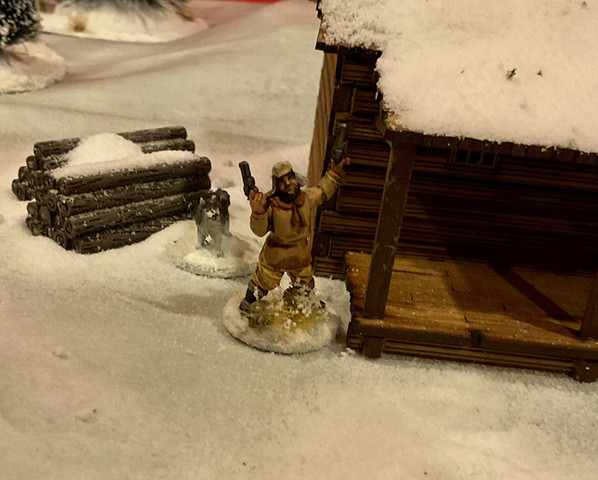 A snarl and a shout told the Mountie that eighty pounds of Husky had pulled down the trapper.   Craighust raced over, rifle at the ready, putting his boot firmly on Gligic’s pistol.   “Good boy, Laurier.   Now, talk sense, Ratko.   Tell me about Grainger.   What’s all this about a wolf?" 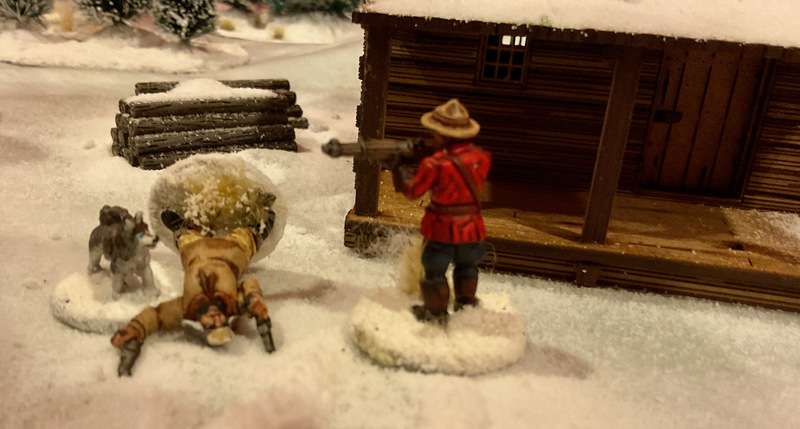 Spittle flecked Gligic’s beard and his eyes were rolling in his head.  He spoke in a kind of keening moan now.  “The wolf!   The wolf!   He coming.   He coming now.  He eat you up!”  As the prospector’s voice tailed off, a snarling growl came from deep within Laurier as the big dog bristled and bared his teeth.    Craighurst’s rifle came up, following the direction of the dog’s muzzle. 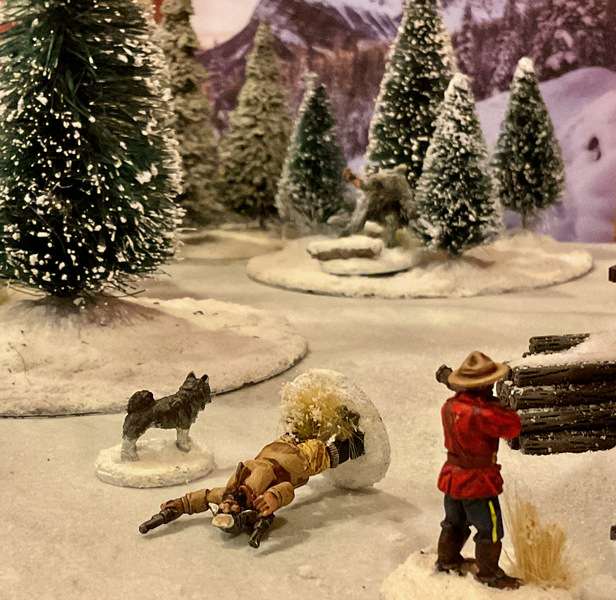 Craighurst’s gaze locked with a pair of deep-set, coal red eyes as his brain tried to make sense of the upright figure crouched in the trees, a hundred yards from him across a small clearing. 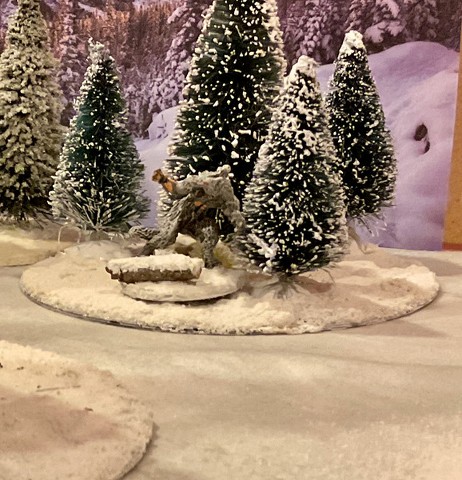 Time seemed to freeze.  The figure in the trees was as motionless as Craighurst’s rifle.  Sensing his moment, Gligic scrambled to his feet and ran towards the woods.   The Mountie wasn’t going to shoot a man in the back, and he wasn’t going to take his sights off the strange creature across from him.   By the time his eyes flicked back from the fleeing suspect, the apparition in the trees was gone.

Craighurst slowly exhaled, and lowered his rifle slightly as one thought kept going through his brain.  Wolves don’t walk on their hind legs! 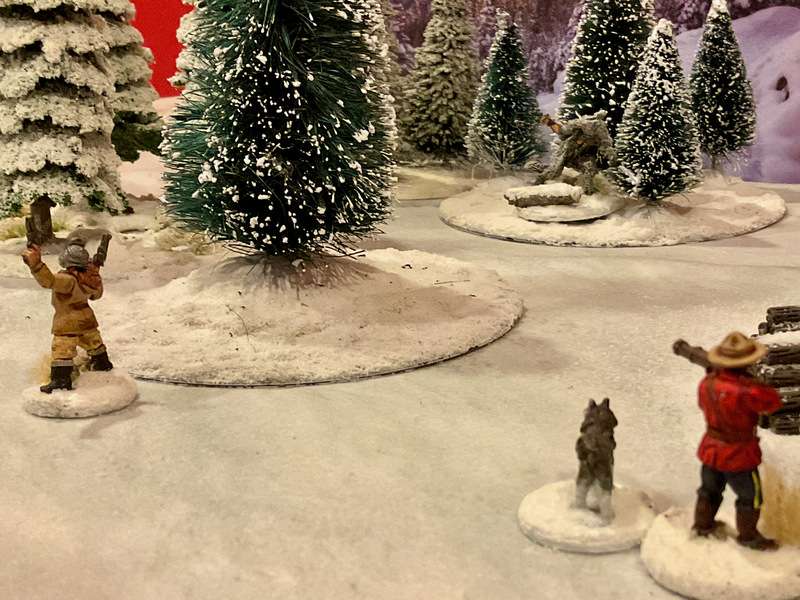 Moving slowly, his senses on full alert, the Mountie crossed the clearing, searching for the tracks of the creature he had seen.  Gligic wouldn’t go far, he could be easily be picked up later, or killed, if that was how he wanted to go out  A skilled naturalist and woodsman, Craighurst had no difficulty finding and identifying the tracks in the snow.   They were the hind feet of a wolf, as deep set in the snow as any man’s, and only the rear feet.  After several hundred feet, they tracks went to four feet as if the creature wanted to make more speed.  So damned big, he thought. 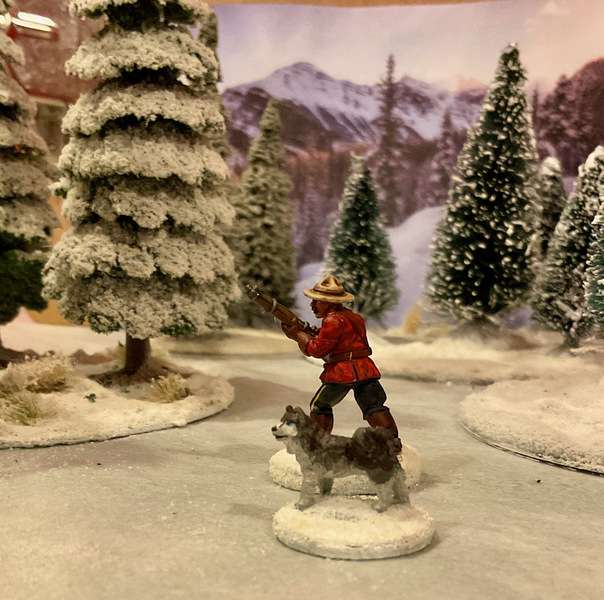 Craighurst noted the sun’s position, and calculated the remaining hours of daylight.  Just enough to get back to town, he thought.  He’d be back tomorrow, and he wouldn’t be coming alone.

(Figures by Bob Murch from his Pulp Figures range. Werewolf by Reaper.  Cabin by 4Ground).