Picking up the blog again after taking August off for some home projects, family visits, and a most enjoyable time with my son John who came out all the way from British Columbia on the West Coast to hang out with his dad.   I’ll have a report on What I Did On My Summer Holidays here shortly.

For now, to satisfy the entirely self-imposed demands of #TerrainTuesday, here’s a project that I dragooned my son into helping me with, the Mad Padre garrison garden gazebo that was sadly in need of cleaning, repainting and re-staining since it was built some twenty years ago.  Between the two of us we blasted it with a pressure washer, scraped and cleaned it, power-sanded it, painted and stained it, and generally refurbished it.  John was mostly cheerful about doing the work in the midst of late summer heatwave and was paid handsomely in beer.  The roof tiles show their age but the structure isn’t robust enough for the ladder work required.  Still, it looks rather good, I think, and the lovely Joy is grateful. 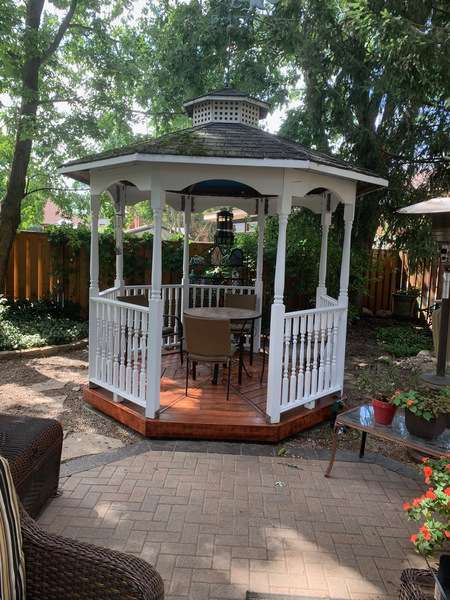 Since 1to1 terrain scale is a bit of a cheat, here’s a 6mm battlefield that I threw together just now to give Osprey’s Absolute Emperor fast-play big-battle Napoleonics rules another go before passing judgement.  Bit of a mix of stuff in this photo:  Paper Terrain roads, rubber river sections from Baccus, mostly Timecast bridges and buildings all on a Geek Villain grasslands mat. 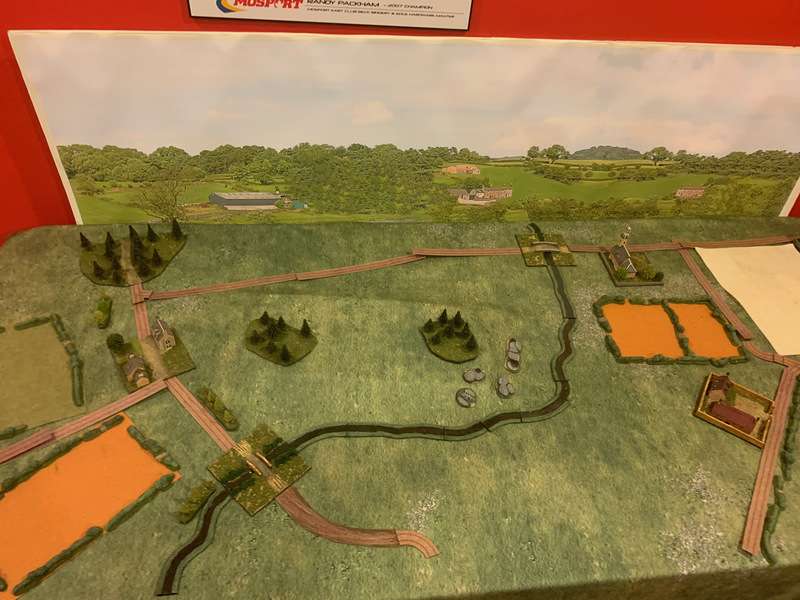 Three Austrian corps will defend against a somewhat larger number of French who will have to cross the river and advance from bottom to top of the photo. 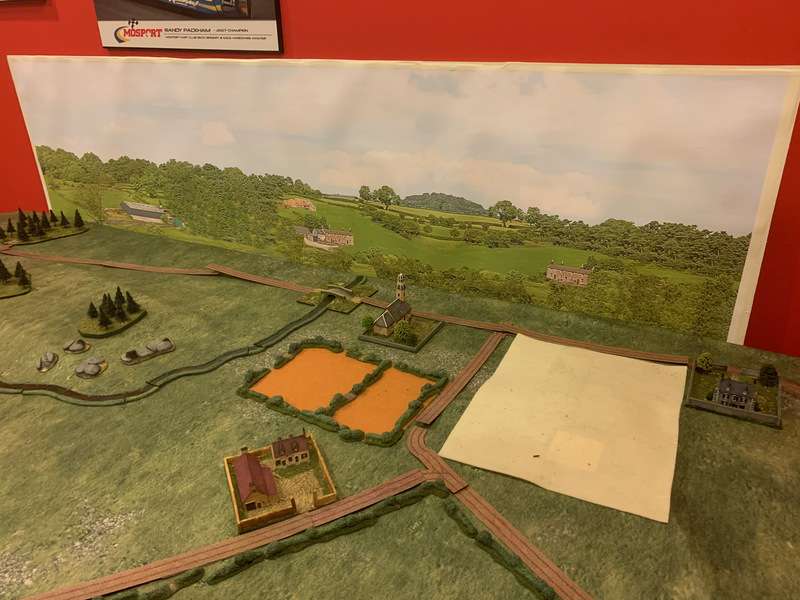 John and I have tried these rules a few times with smaller forces while he was here, so another go tonight solo and I’ll try to give my impressions on the rules on #NapoleonicsThursday.

Blessings to your tiny landscapes.