Space Kitties Above and Beyond!

Staying with the 15mm SF theme a little longer, here are some more forces that I finished over the winter for my Kzinti-themed feline army.

Two drones for initial recce and probe missions.    I can’t recall who I got these from, I suspect they are Ground Zero Games but I can’t recall the product code.   The models have some shooty things, so depending on how my opponent James and I agree to rate them, they might pack a little punch.   Useful for forcing the enemy to reveal himself. 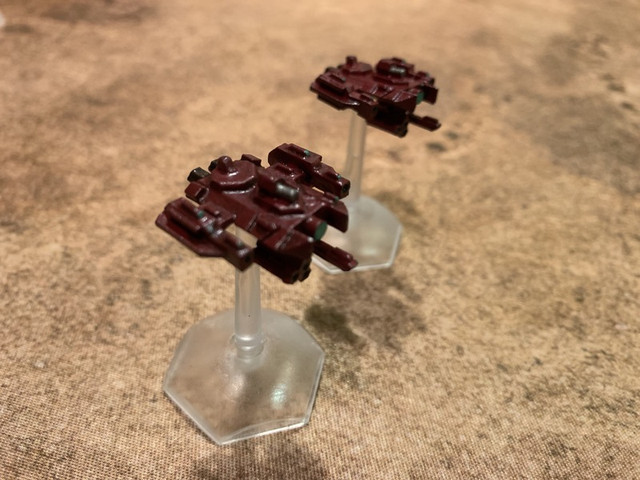 Two skimmers for Close Air Support.   The models are from Ground Zero Games.  They carry a big and wicked looking gun of some sort, and two missile pods, so they should prove useful.  I painted them in the same scheme as my ground armour units. 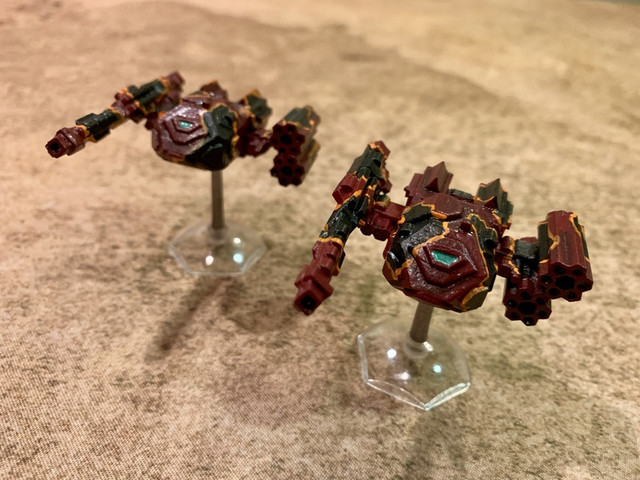 Being metal, and quite chunky, the stands didn’t work at first.  I had to drill out the hole in the bottom of the model quite a bit until it was deep and wide enough to keep the model on the socket of the base. 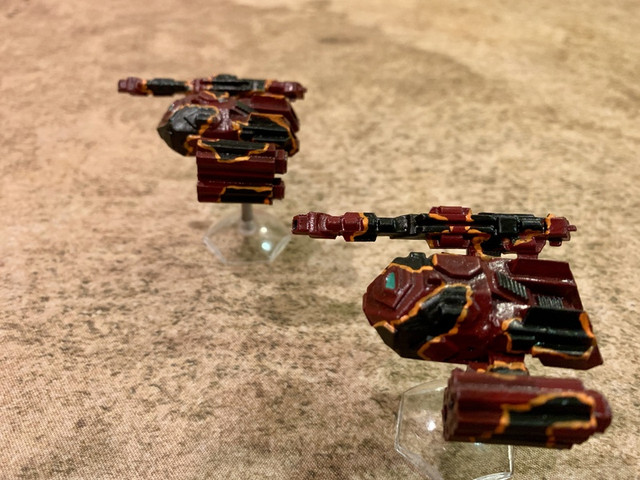 I coated them with what I thought was Testor’s Dullcote, but in fact it was semi-gloss, so they are a tad shinier than I would like, but none the worse for it, I suppose. 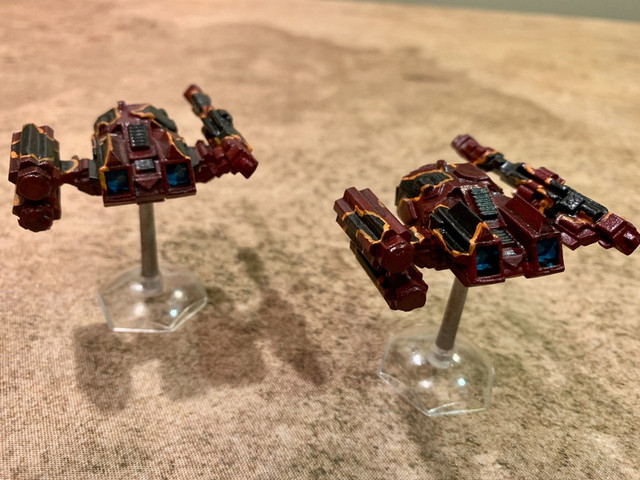 And here they are with their big brother, a previously completed 15mm Khurasan model, to complete the air wing.   That should keep the hoomanz’ heads down! 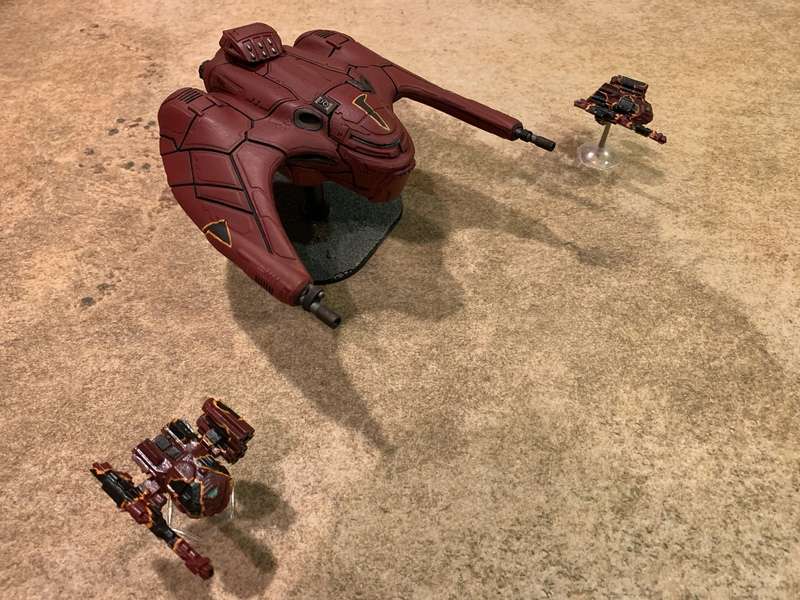 I have a few squads of Khurasan infantry to complete for my Kzinti force, and by then hopefully James and I will be able to schedule a scrap by then.   At some point I would consider getting some human figures of my own, high tech enough to match these cats and do something from the Larry Niven inspired Man-Kzin Wars, but that is a project for down the road, and would entail looking at some rules sets, possibly the classic Star Grunt or maybe the Quadrant 13 SF rules from Too Fat Lardies by Robert Avery.

Blessings to your thrusters!