Awaiting Pickett's Charge, Or, Do I Need Another Set of ACW Rules? 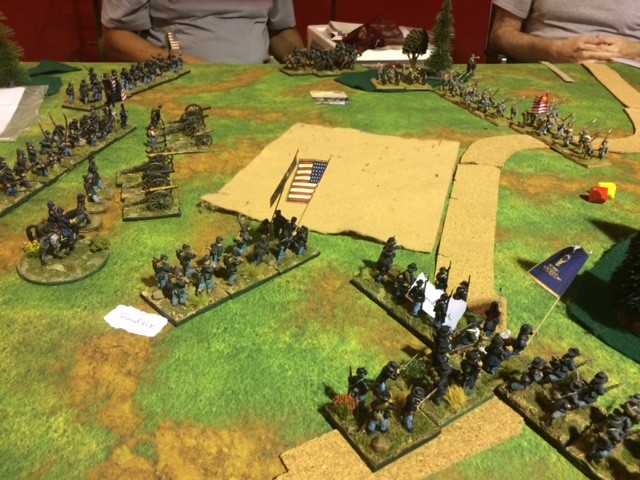 A lot of this going on at my games club lately.  Would it be better with another set of rules?


I noted with interest this recent interview by Sidney Roundwood, one of the Too Fat Lardies braintrust, with Dave Brown, the designer of the forthcoming Pickett's Charge rules.

PC, as I will hence refer to it, is being published by TFL under their new imprint, Reisswitz Press.  As TFL's Richard Clarke explains it, Reisswitz will allow TFL to support the work of other rules writers who share what one might call the Lardies philosophy of  ''a large dollop of Clausewitzian friction and an emphasis on command decisions ''.

While I am exited by this news and always happy to support one of Big Rich's projects, I suppose a fair question would be, ''Does the hobby really need another set of ACW rules?  Now I am not a tyro in this genre of gaming, but I'm not exactly a grognard either.   I started 25 years ago playing Johnny Reb II and found it somewhat maddening.   One worked through long lists of modifiers, which gave the impression of realism, but units could charge and strike like summer lightning, in a way that seemed profoundly unrealistic because it didn't seem to reflect any command and control issues or any tactical limitations of the period.  I vividly recall having my mouth drop open when I closed in on an enemy formation from its rear, only to see the unit about-face and charge me before I could get a volley off.  I suppose one could pivot a tank like that, but not a line of 600 men in the midst of a battle.

Since then I have dabbled in Black Powder and find it somewhat generic.  The activation rules are a attempt to model friction, but they seem essentially a random element.   Readers of this blog will know that for the past two years, Sam Mustafa's Longstreet has been my ACW drink of choice.    I will go to great lengths to defend these rules - they are simple, they force difficult decisions on players at every step of the way, and they capture the narrative arc of the war, so that there is an appreciable difference between a fight in 1861 and one in 1865.   In the campaign game we are currently playing at the club, I can assure you that it is more fun to be late war Union than it is to be the early war Union, as the faces of our Reb opponents get grimmer with each battle! 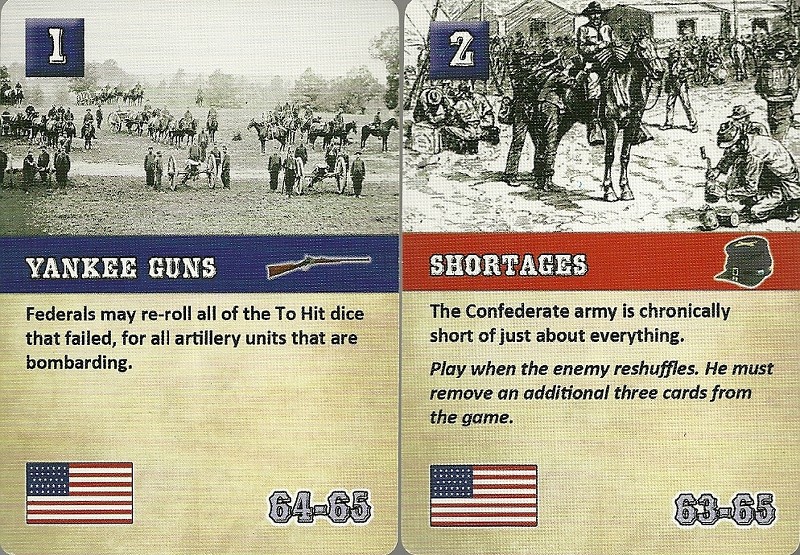 At the same time, while the cards in Longstreet can be very satisfying when you stick an Interrupt card in your opponent's spokes at a key moment, they are a little, well, gamey.   Longstreet is a game where you watch your hand just as closely as you watch the battlefield, and while the mechanism is ideal for the kind of three hour club matches we play, it may be the reason why true ACW grognards will always look down their nose at Longstreet, which is unfair, because I don't think Sam aspired to make a game that would appeal just to grognards.

There are other established ACW rules out there which I don't know at all.   Fire and Fury is probably the most well known rules set I have never played, which is odd, because Regimental F&F is probably ideally suited to my 28mm collection.  I noted with interest the late John Hill's Across A Deadly Field rules, published by Osprey last year, but felt committed to Longstreet and didn't buy it.  Beneath these two titles lurks a veritable iceberg of other ACW rules. 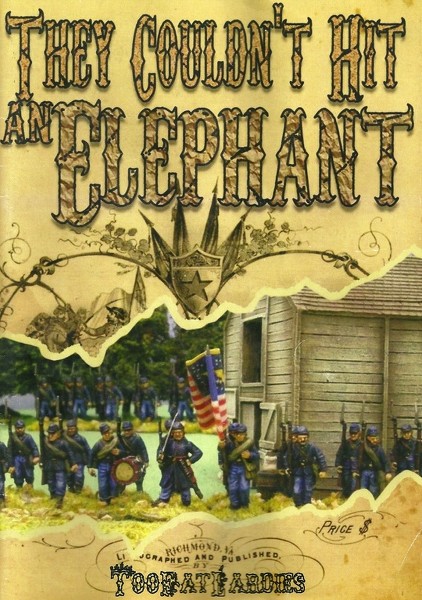 Curiously, one set of ACW rules I have played is the set entitled They Couldn't Hit an Elephant (TCHAE or 'Elephant') published sometime around 2008 by TFL.   I can't recall who was the main author behind it, whether it was Clarke or someone else.  I did play TCHAE quite a bit when it came out, and remember liking it, but thinking it a tad abstract.   You can find a thorough review of TCHAE here.

Briefly, TCHAE shows the influence of TFL's popular WW2 rules, I Ain't Been Shot, Mum (IABSM), in that it uses a system of blinds to bring hidden units into the battle, and uses a card activation system to determine the order in which commanders are activated.   Once a commander is activated, he gets a number of commands, or pips, determined by an average dice with some plus or minus mods depending on how skilled or wretched the commander is.   Commanders use their pips to achieve tactical effects: moving and changing the formation of units, rallying them, etc.   Also, the IABSM influence is seen in the random termination of each turn when the Coffee Card (shades of the Tea Break card) is drawn.  Units that have been given pips to reserve their fire can shoot on the Coffee Card.

Not everyone liked TCHAE.  One review noted the occasional ambiguities of the rules and some frustration with the TFL philosophy that the rules are as much a toolbox as they are a complete system.

Last week I sent Richard Clarke a message on Twitter, asking him if he could say how TCHAE differed from PC, and he was honest enough to say that it was years since he had played Elephant and didn't remember much about it.  I suppose I shouldn't have been surprised by this answer, since rules publishers need to publish new product to stay in business, and hopefully each iteration brings improvements from lessons learned.   In terms of TFL's evolution, one hopes that PC is to Elephant what Chain of Command is to IABSM, a natural development of concepts and mechanisms.

What I see in PC from the Roundwood interview is a more nuanced approach to command and control than the pip system.  I like the idea that brigade commanders see their degree of control start to degrade as the battle wears down their troops.  I also like the idea of the commander sending staff officers to try to keep units on task.    I suspect that PC has jettisoned the idea of blinds, which I never felt worked very well for the ACW in the scale (28mm) that I play it in, though perhaps in 6mm.

So, while I am curious to get my mitts on PC, I am going use this Thanksgiving Weekend to put some ACW figures on the table and see how TCHAE plays after five or six years.

In the meantime, blessings to your die rolls!