This week I’m still getting some more Games Workshop Lord of the Rings themed figures off the paint desk.  The figure on the left is Theoden from the OOP Warg Attack boxed set.  It came with  five metal figures: a mounted Theoden and Aragon figure, and three warg riders -  finally all finished.   The figure on the right is something called “Sons of Eorl” which can still be found on the GW webstore - by their standards, it’s surprisingly cheap.  He looks like a trusted retainer. 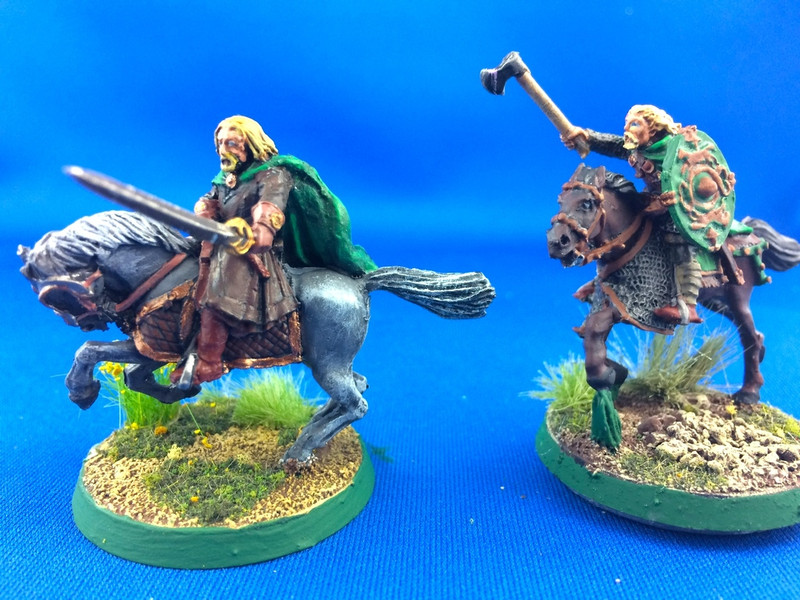 The Theoden figure, like all the Perry sculpts, does a fine job of capturing the likenesses of the actors, in this case Bernard Hill.  I am currently watching Bernard Hill as Norfolk in the BBC series Wiolf Hall, based on the Hilary Mantel novels.   So much better than the terrible series, “The Tudors”.  Do yourself a favour and watch it. 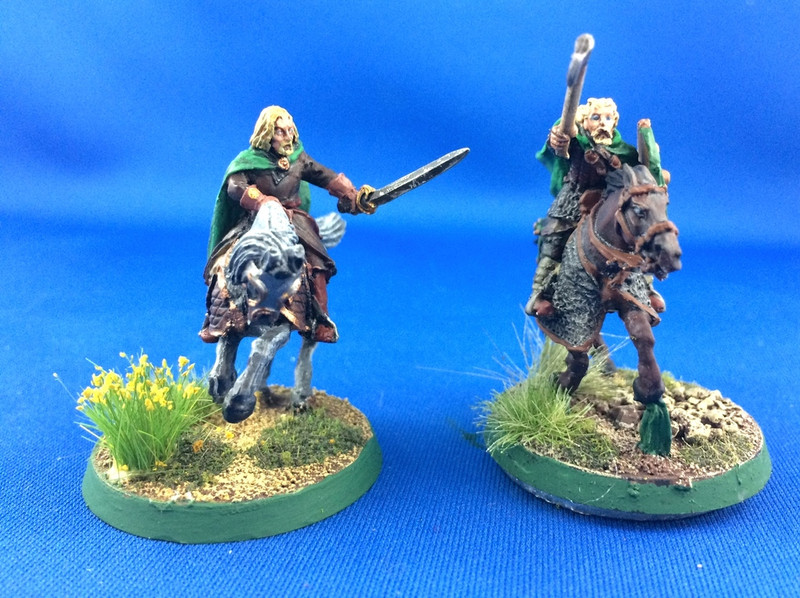 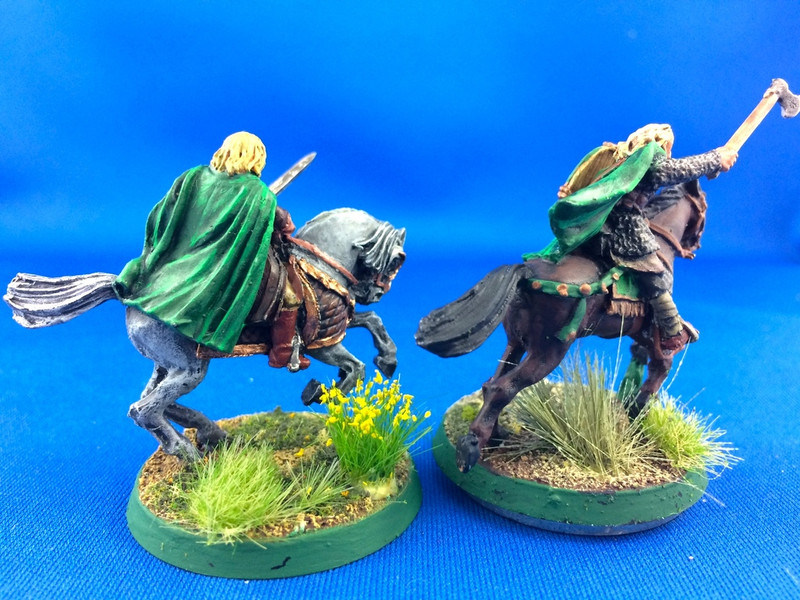 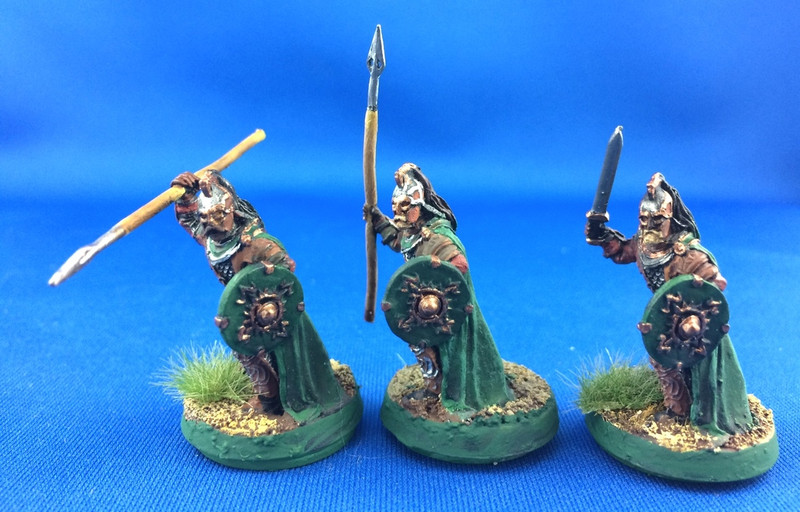 Elite hearth guards for the heart of the battle line.   Not sure why the Rohirrim would fight dismounted in any situation other than defending Helms Deep, but there you go. 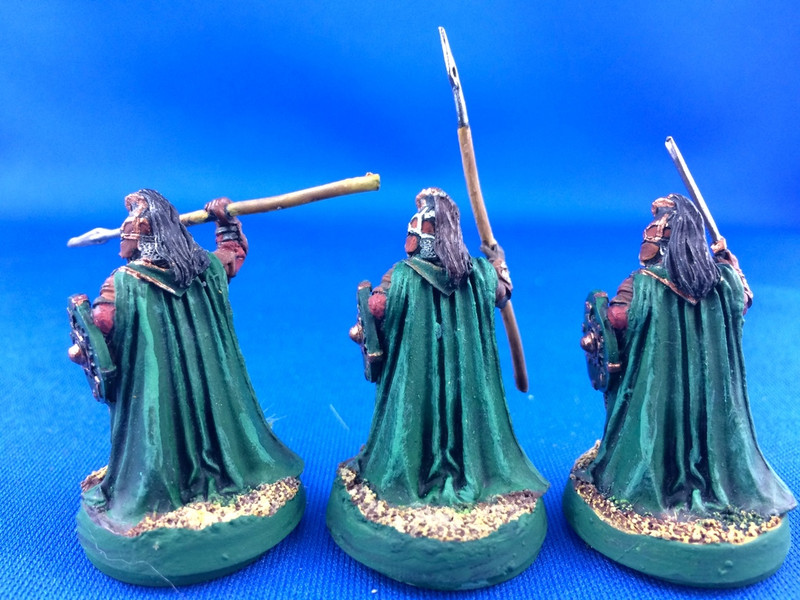 While I hope to get some more Rohirrim into the ranks, I think I will be looking elsewhere than GW for them.   The Footsore Miniatures Goths are very tempting.  I just found some amazing shield transfers and banners from Gripping Beast; even with the Christian images I think the banner is fantastic.

Many thanks for looking!  Blessings to your brushes!