Here are three more “waaag riders”, as the late Sir Christoper Lee so wonderfully puts it, for my Isengard army.  The two chaps on the right are metal castings, from the now OOP Games Workshop Warg Attack boxed set.  The archer on the left is a plastic figure. 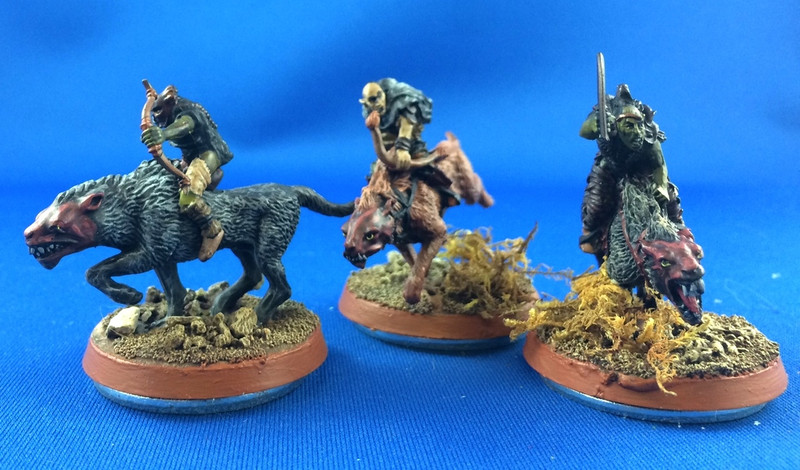 The mounted archers give this army a skirmish cavalry capability to go against the Riders of Rohan.  In Dux Brittanorum/Rohirrim or Dragon Rampant, I can rate them as skirmish cavalry with the evade option. 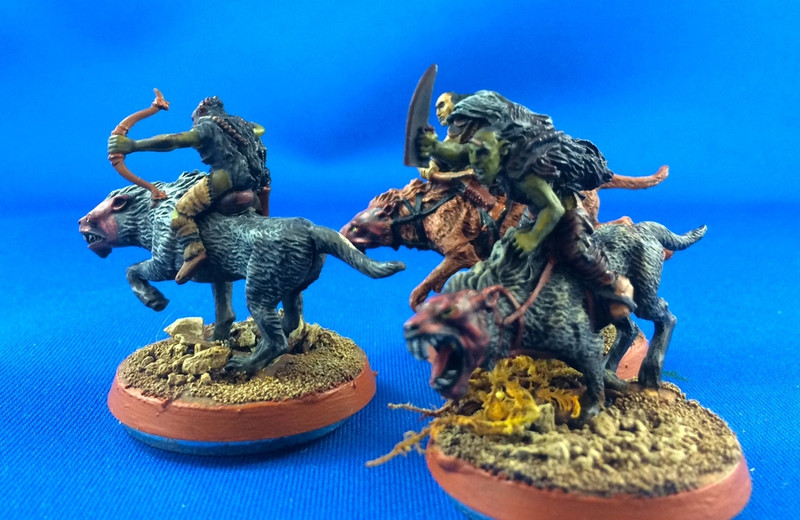 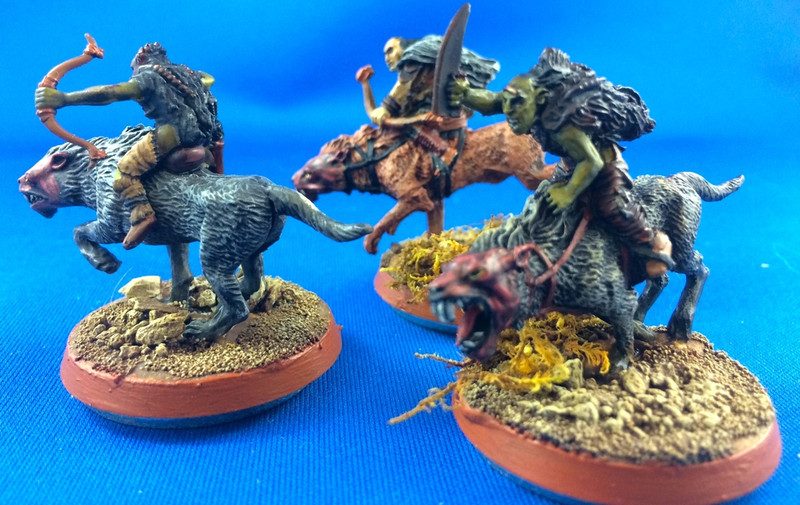 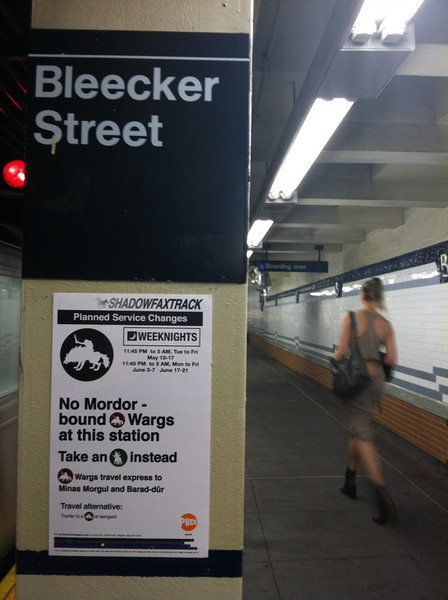 These fellows got used in a recent monster game of Dragon Rampant .   Stephen hosted with his big gaming table, allowing us to put five armies a side.   My Isengard force went to another player who narrowly drove off a samurai war band.   I fielded a Rohan-based force at the other end of the table.  At 24 points per war band, I spent most of them on two 6 figure units of Elite Riders, one of them with bows.   I took three foot units, a  12 figure Light Archer unit and two 6 figure units of Scouts, using my elven warrior nymphs in an unlikely role as allies of humans.    Scouts are basically Bidowers in Lion Rampant.  At full strength they shoot with 12 dice, they can flit through woods and bad terrain, and they can Skirmish/Evade.   God help them if they get caught in melee, but they can do a lot damage before the enemy can come to grips. 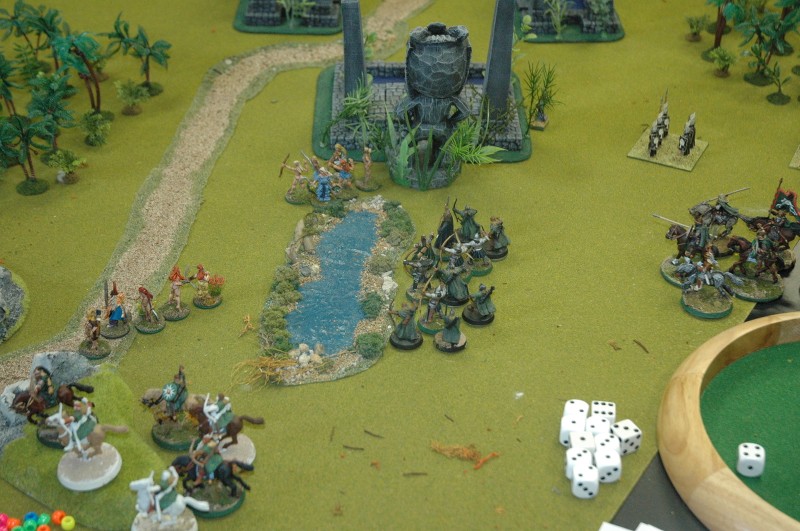 Towards the end of the battle things got pretty funky.  In the centre of the last photo you can see an actual dragon, trying to catch the nymphs in the woods with his flaming breath.  The chaps with green dots on their heads are hapless orcs, who walked into a wall of arrow fire and got badly shredded.   A bone-lich rides a boney steed centre left and tries to keep the dragon alive.   This sort of scene shows the range and kookiness of fantasy battles with DR.  Of the eight fellows in the game, only two had played Dragon Rampant before, and everyone felt it was an easy game to learn and a fun game to play. 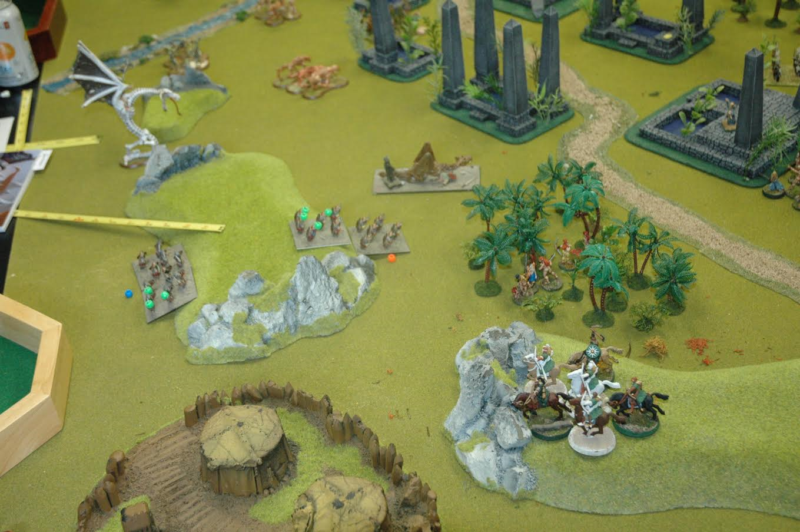