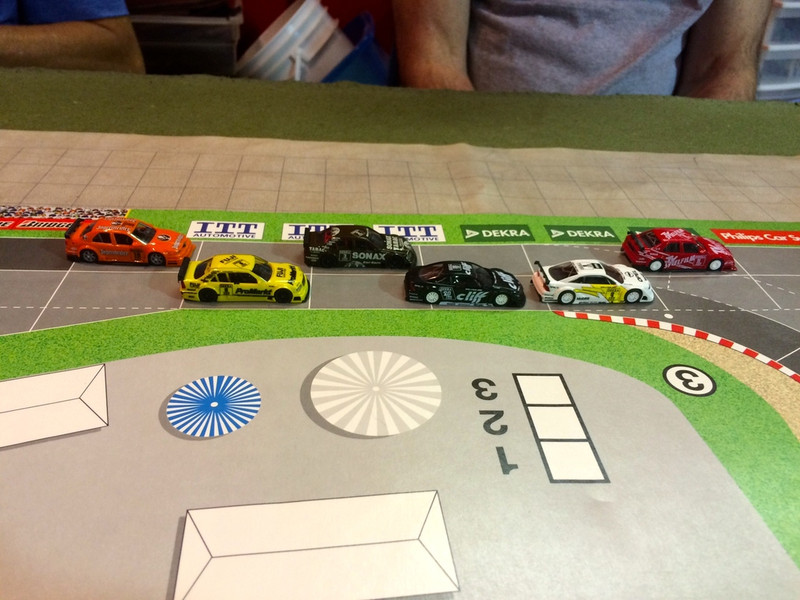 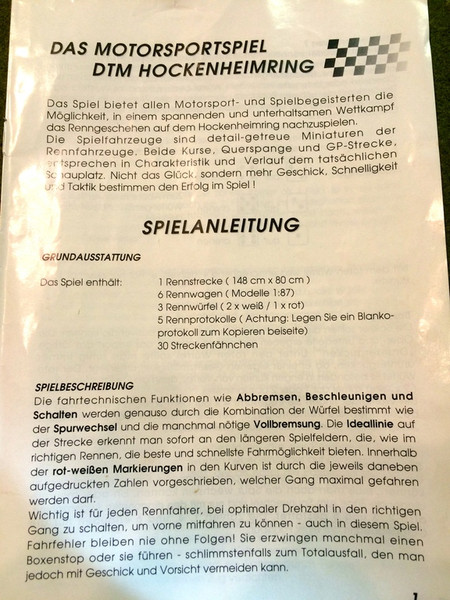 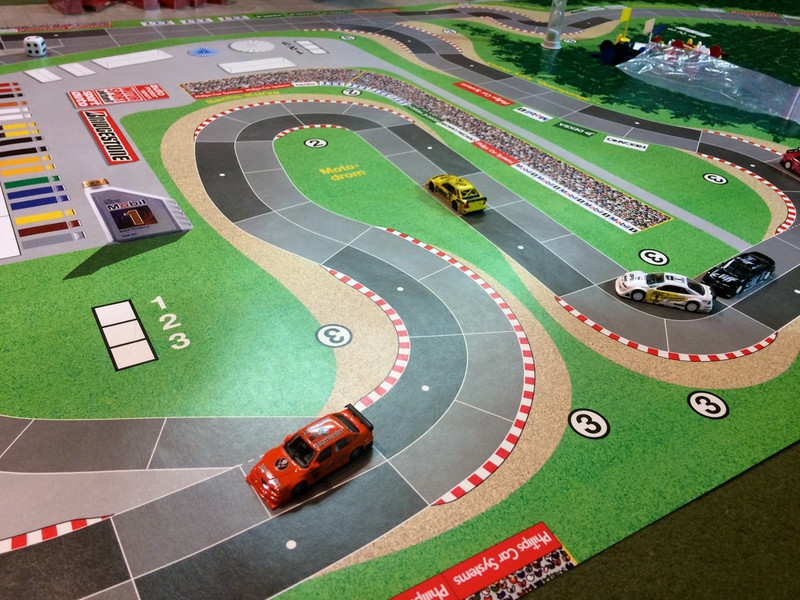 We played the game collectively, working together to decide the best use of the dice.  However, the game comes with a sand timer that gives each player only 30 seconds to adjust their dice and plot their move before making it.  That would be fun, I suppose.  We got through the game without making zoom zoom noises.
I know there are other car boardgames out there, such as GMT’s Thunder Alley.   I am a little meh about race cars, and get enough driving on my commute to work each day, but es war amusing, ich dense.  If it was more of a Europgame, each driver would have had to collect sets of tires, motor oils and carparts and sponsorships in order to develop their garages. It would also have been better if the cars each mounted a machine gun.
Blessings to your driving!
MP+
Posted by Mad Padre at 6:46 PM