While I had my light box out recently, I thought I would grab some shots of some work completed earlier this year but never shown here during the blogging doldrums.

This is the ever-popular 1/72nd scale Italieri Country House (Product # 6074), a mainstay of many wargames tables.  Made of sturdy plastic, with an easily removed roof and second floor, it’s a gamer’s delight, and easy to assemble, though I confess that I bungled the upper floor on this model by putting two of the supports in the wrong places and not noticing until the glue was dry.  Not that you can tell, from this view, and the floor still works, but it is the annoying sort of mistake that comes from being overconfident.

I am not sure if this model is still in production, as it doesn’t show on the Italieri website. 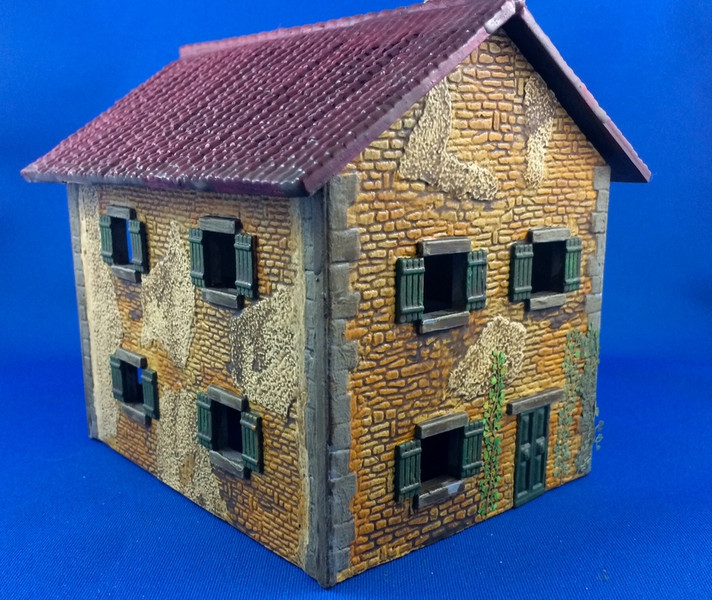 I painted it more or less to match its cousin, the Italieri Country House with Porch, which I assembled and showed here in 2014.  I think this one came out a little better than the first.  The vines on the walls are a laser cut painted paper product from a model railroad store, supposed to be Virginia Creeper, I believe.   I thought it halped the rustic vibe.  As with the first model, the walls were copiously washed with Army Painter Light Tone from a tin, then sprayed with Dullcote to get rid of the shine that product leaves. 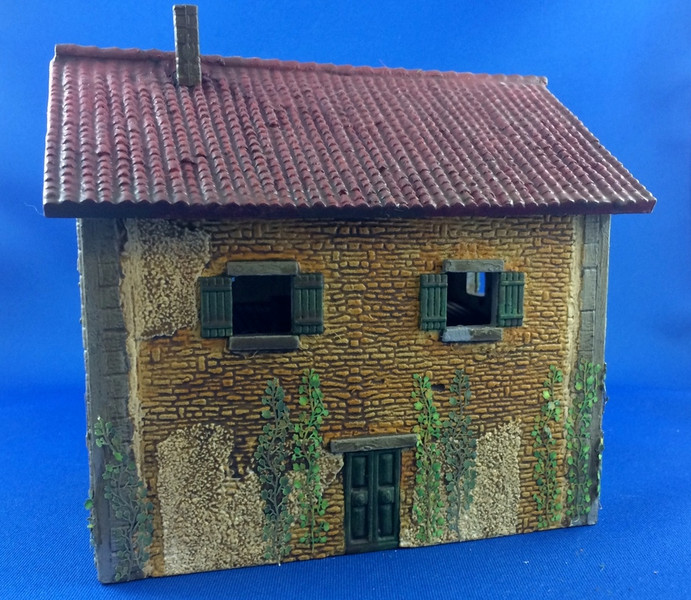 I have seen photos on the inter webs of some of these models lovingly and effectively based, but I think for now it just goes in the box with the 20mm scenery items.   It may be useful in 28mm games as well if you don’t look too closely. 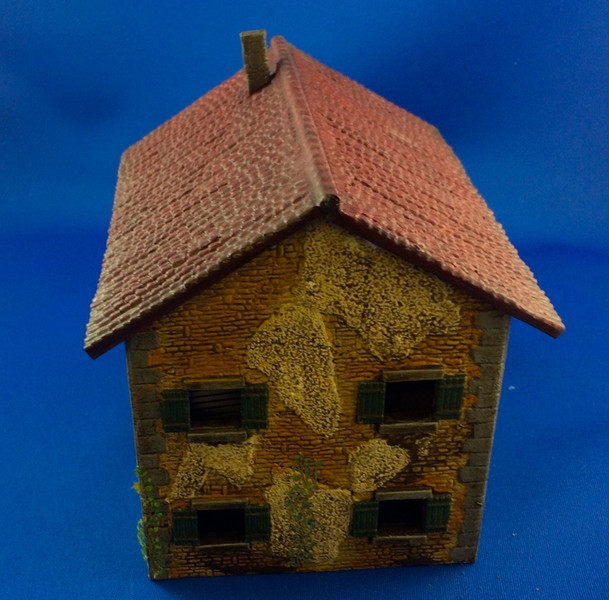 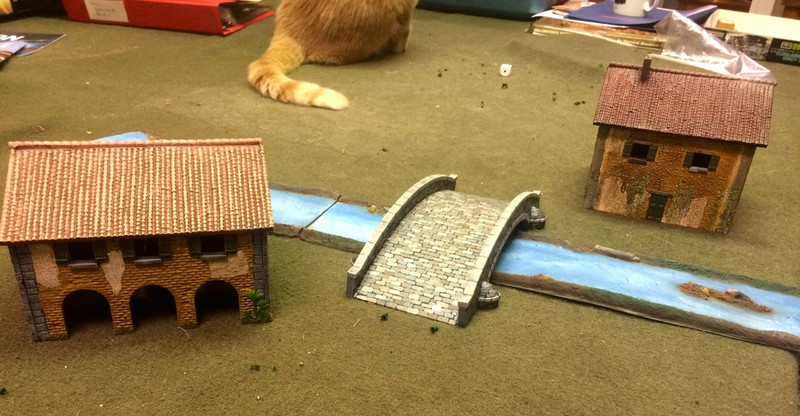 My Italieri village thus far.  That’s Luigi, the Fell Catbeast of Mordor, in the background.

Italieri also makes a church in this scale, which like the country house models could pass for anywhere in Southern Europe.  Would be nice to have, and I see today there is also a ruined house and a stone house model in their range, so maybe one day.   As I finished this model I sometimes wondered why I do WW2 in this scale when I do it in 15mm and 28mm.   That seems like a rationalization to kick down the road for another day.

Thanks for looking and blessings to your buildings!