It's been a bear of a weekend. After coming home from a fascinating Army PD event on Saturday (more on that in another post) I was helping Mrs. Padre fix dinner when the flu rushed up and jumped me like a spiv in a back alley. Literally one minute I was fine, the next I was shivering, teeth chattering, aches and pains. Felt better enough on Sunday to go into the base for chapel, but Lord knows what they made of my sermon, it was pretty incoherent. By Sunday afternoon, after my wife sternly and wisely ordered me upstairs for a nap, I felt we'll enough to send pictures of my next Analogue Hobbies painting challenge entry off to Curt (only 5 28mm figures, but it will earn me some points). It will be a day or so before I can show them here, so I thought I would show some more photos of the Warlord Games Commando characters I recently finished for my Weird War Two project.

Speaking of commandos, the blogosphere did me a favour when Sean McLachlan's excellent Civil War Horror blog led me to Jack Badelaire's Post Modern Pulp blog last week, where I discovered that Jack is the author of several novels about Britain's Commandos in World War Two. Such is the awesomeness of the internet. I'm currently reading Jack's WW2 commando novel, Operation Arrowhead, which as a Kindle download is a heck of a deal and is worth checking out. I'll post a review of it down the road.

This fellow here is the 2IC of "S Commando", Capt. Tom "Ginger" Beare (pronounced "beer"). Another lovely Warlord sculpt, and I have to say, while half way through assembling a box of plastic Warlord commandoes, that I prefer working with (but not paying for) lead miniatures. 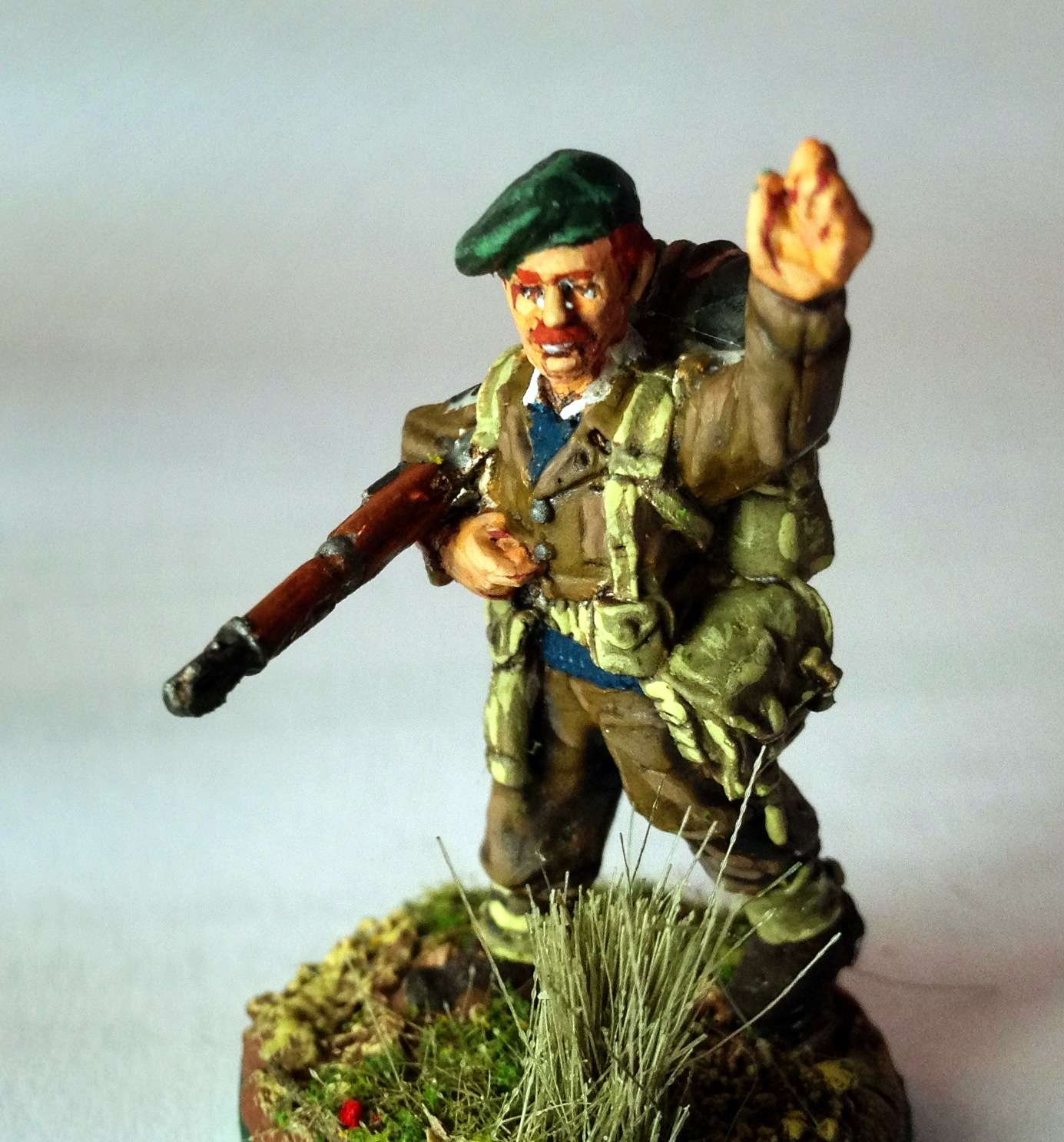 I haven't thought up much of a Weird War 2 backstory for him yet, but I have some ideas for him. I see Ginger as a fairly simple, stolid chap, the kind of fellow who only reads The Sporting News, horsey face, somewhat protruding front teeth, end many of his sentences with "what". He's a good soldier, athletic, likeable, a competent subordinate, popular with the lads. There is a certain unimaginative personality type that is preferred by Project Alice, on the theory that they will be less susceptible to fear when in contact with the nightmares being cooked up by the Reich. 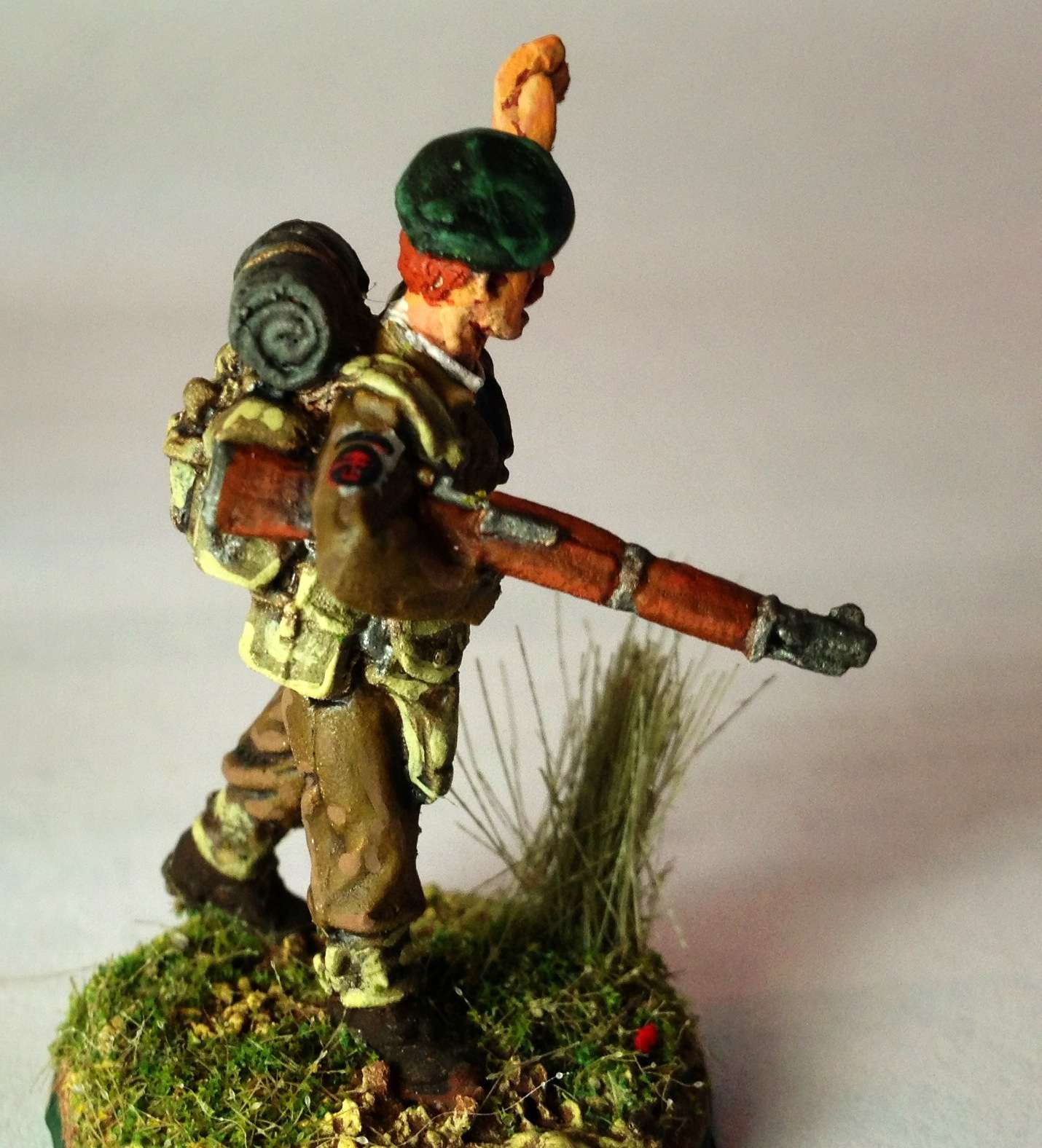 I like the fact that the figure is wearing a jumper (sweater as we would say in North America). The sculptor has obviously spent time with British army officers. :). For some reason I felt like painting him as a red head, a much maligned type in the army today. 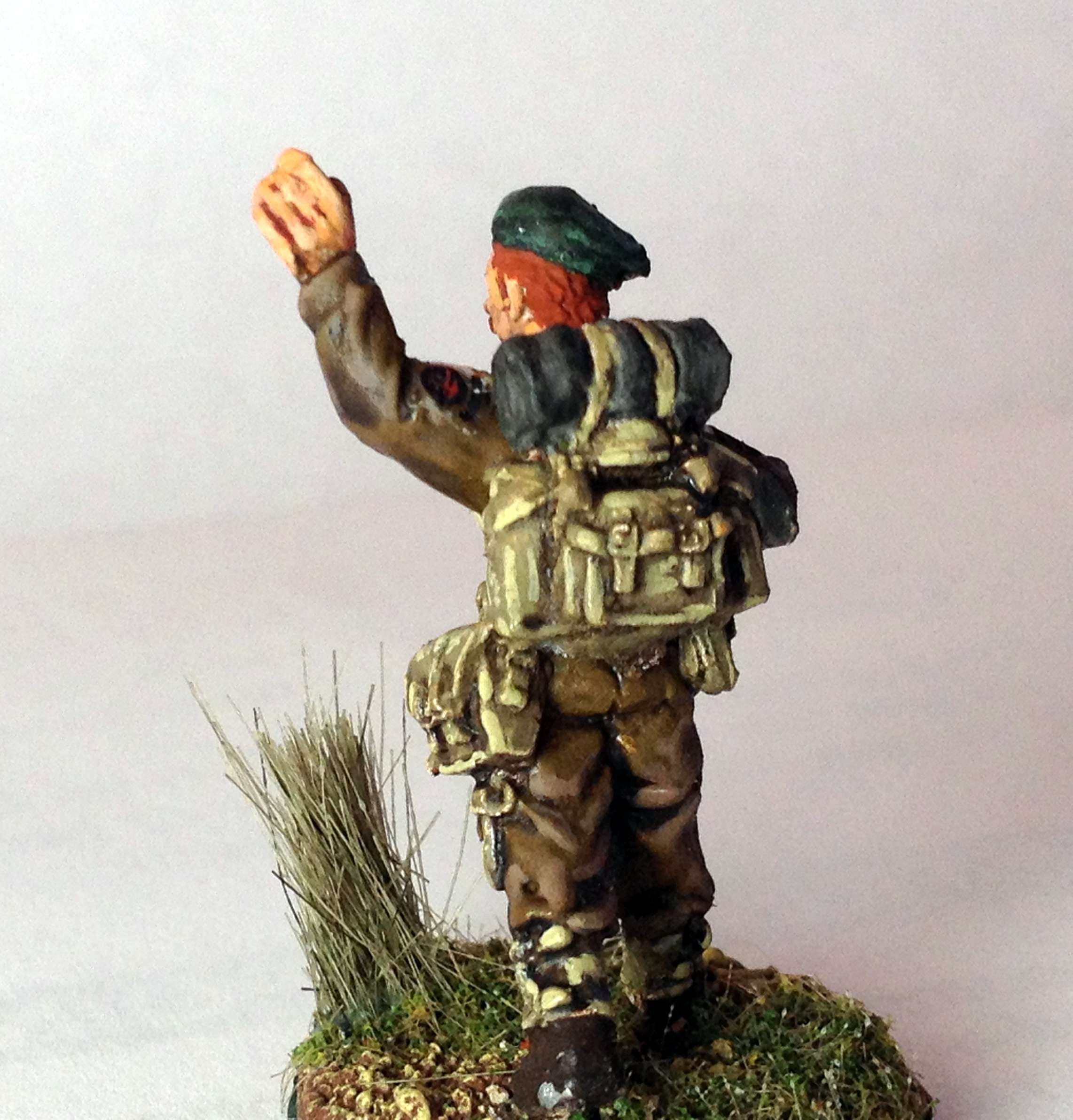 I mentioned in my last post that Mad Major Macallan never goes into battle without his piper. Here's Cpl. Jock ("Pibroch") MacGregor. I've never painted a tartan before, and I resisted trying to copy a specific pattern as I was afraid that would be too intimidating, so I aimed for a more general impression. Again, not much of a backstory for Jock, but I see him and his family as long time tenants of Kinch, so when the Laird went to war, he naturally took the best piper with him. Jock is a good shot, very handy with the commando's trademark Fairbairn knife. Personally he would rather go into battle with a weapon in his hand, but the young birk of a laird is the boss, and if a wee tune will help the lads, well, Jock is the lad tae gie it tae them (sorry, slipped into bad brogue there, I blame the ghost of James Doohan). Having Jock along on S Commando raids won't help the stealth rolls, but the skirl of the pipes may frighten the wulfentruppen, or, maybe, attract the zombies? Thanks for looking. These little character vignettes have been helpful for me in defining how I see my own flavour of Weird War Two gaming working out. I'm thinking that in the near future I will write a post on Weird War as a sub genre of gaming and what the parameters for my own campaign will be. If you like that sort of thing, stay tuned.
In the meantime, stay vigilant, chaps, and go commando.
- Posted using BlogPress from my iPad