As shown in my Analogue Hobbies Painting Challenge Entry 3, these minis are the first of a mittfull of fellow Canadian Bob Murch's Pulp Figures that Mrs. Padre kindly bought me for Christmas. The fellow with the hat is from the Sons of the Empire pack, and the cowgirl in the duster with the serious expression is from his Dangerous Dames 2 pack. Mrs. Padre dutifully examined them all on Christmas morning and pronounced them too blocky for her tastes, though I quite like them.

The western flavour of these two figures had led me to write a backstory for them for my Weird War Two campaign and I thought it was rather good, but the post mysteriously vanished and only showed as a partial draft in Blogger, with all the nice fluff gone. Sigh. I don't have time to write it down again, but it exists somewhere in the back of my head and one day I'll drag it out. Suffice it to say the McCaskills are from the Alberta side of the Rocky Mountains, and Burt was headman on Alberta's father's ranch when they net. Te headstrong young cowgirl married the headman rather than some rich Calgary banker. The two are expert shots, good riders, trackers and hunters. In 1937 they teamed up with Staff Sergeant Jake Steele of the RCMP to track down and kill the dread Werewolf of Rogers Pass. Perhaps that story will be told here one day, with the aid of more of Bob Murch's figures. It's a long story as to how these two Canadians ended up as part of Project Alice. The short version is that when the Brigadier learned that the Nazis had a lycanthropy program, he remembered a young Canadian soldier he had met in the trenches, and how they stalked a huge and sinister wolf through no man's land. 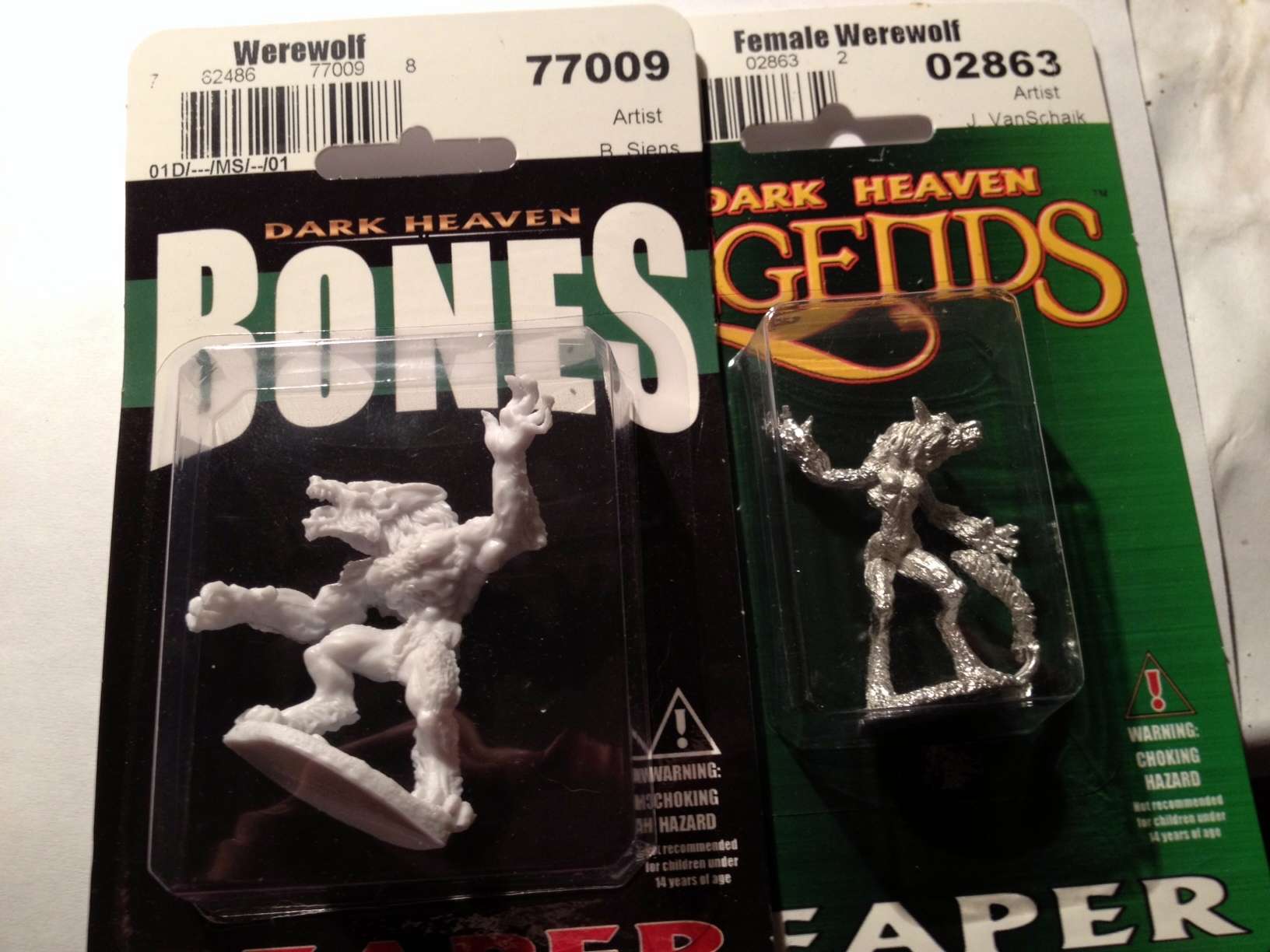