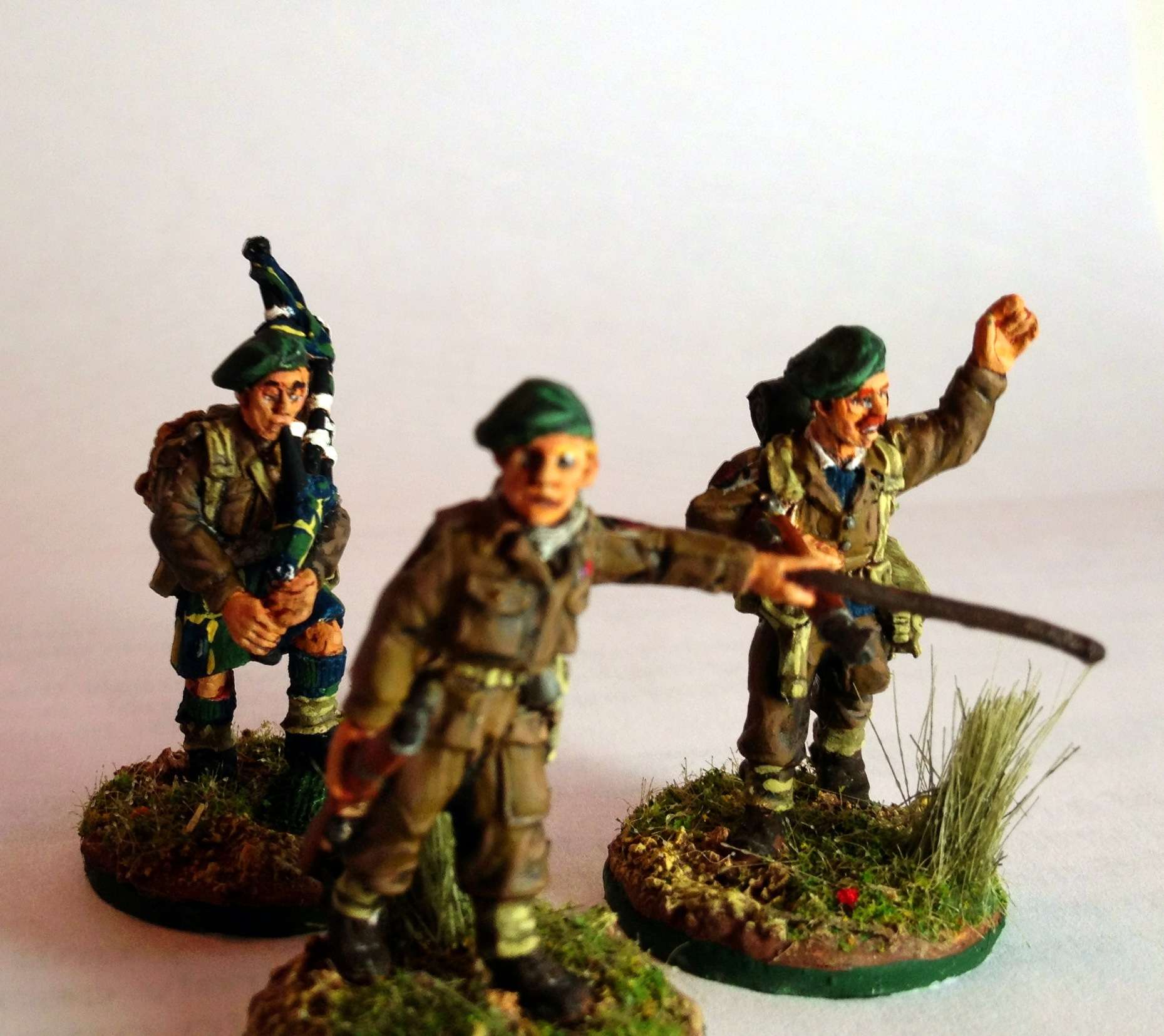 Well done, RSM, we're first on the objective! Bally shame that Curt chappie won't count us, but the plastic lads are coming and they'll count, and then we'll go give Jerry a damn good hiding. Piper! Let's have "Reeling From the Varnish!"

Three daring Commando heroes, from Warlord Games, and purchased from that excellent emporium, J&M Miniatures. Really nice sculpts to work with. These figures, calling to mind Lord Lovat and his piper of D-Day fame, are perfect for the leadership of "S Commando", the military arm of "Project Alice", Britain's anti-occult effort in my Weird War Two project. I'll post some more photos of these chaps along with some character fluff in the days to come, for those that like that sort of thing.

Last year I mentioned that I was experimenting with white undercoats for larger figures. For these chaps I used Army Painter white spray paint, then gave them a wash of dark brown (GW Devlan Mud) seeing as their primary colour will be brown (Vallejo English Uniform). For other figures, like the reb officer in my previous post, it was a white undercoat with a black wash (Army Painter Dark Tone), and for the Union figures up next, it was white undercoat with a blue wash (GW Asurmen Blue). I am very pleased with the results. The colours seem brigter and it's easier for me to see details that need work while painting. Still using black undercoat for 15mm and 6mm figs.

A brief cautionary note on the Army Painter white undercoat. It works a treat with metal figures, but when I tried it on the plastic Warlord Commandoes currently in process, it was diastrously blobby, destroying so much detail that I had to throw away two of them. Perhaps I used two much. I will be much more careful and more sparing using this product with plastic minis.

Sadly I started these before the Analogue Hobbies Challenge began, so they are not eligible, but next up, some dashing American Unionists that will count.