From My Workbench: Tanker Burial in NW Europe, 1944 - Vignette for Easter

The military funerals for the lads coming home from Afghanistan are big affairs, done with ceremony by troops immaculate in their dress uniforms. The funerals at the front in the World Wars were hasty affairs, just a few words of comfort and prayer offered over a hasty grave before those assembled returned to the fighting. Somewhere in Normandy in 1944, a tank crew gather to bury their commander, killed in action that morning. A hasty grave has been dug near a stone church, and a padre is conducting the field funeral. (You can click on any picture to see a larger view). 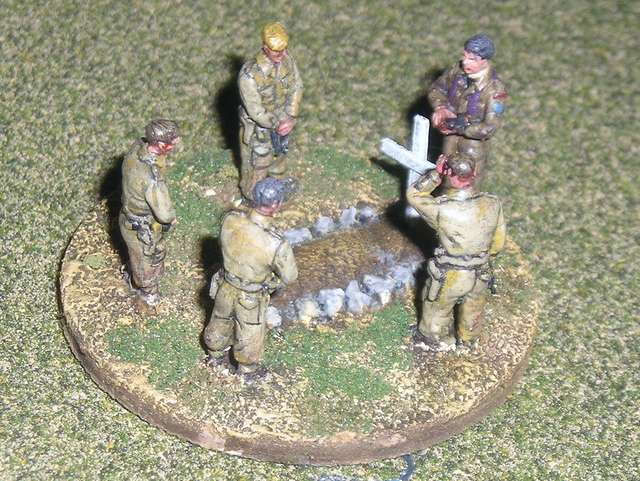 "I am the resurrection and the life" begins the padre, while birds sing in the trees nearby. In the near distance, the crump of shells remind them all that the war is continuing. 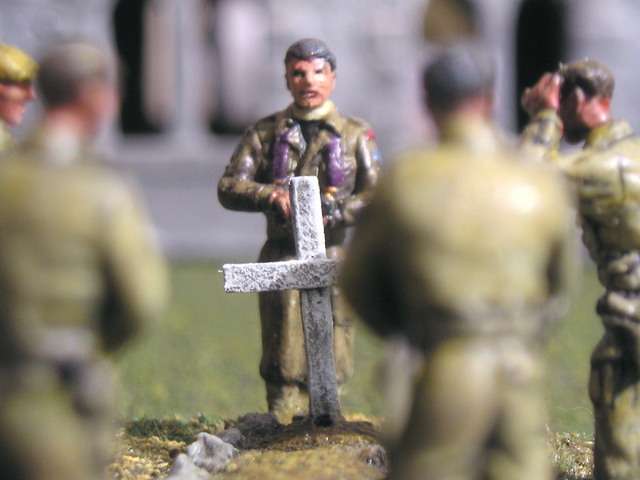 Gunner "Smudger" Smith struggles to hold it together. His pixie suit is stained with blood from trying to help his commander after he collapsed back into the turret. 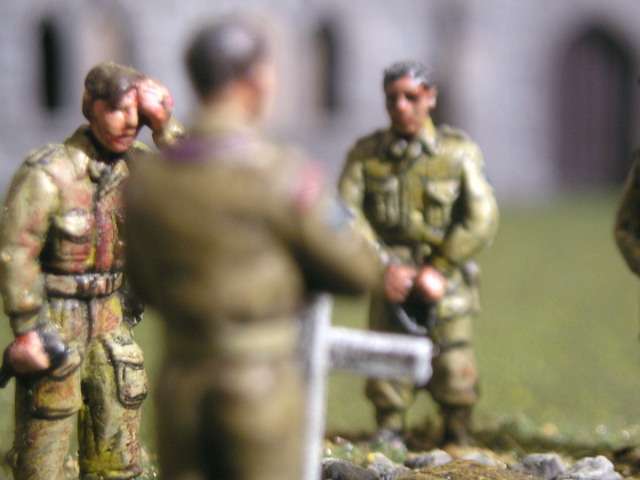 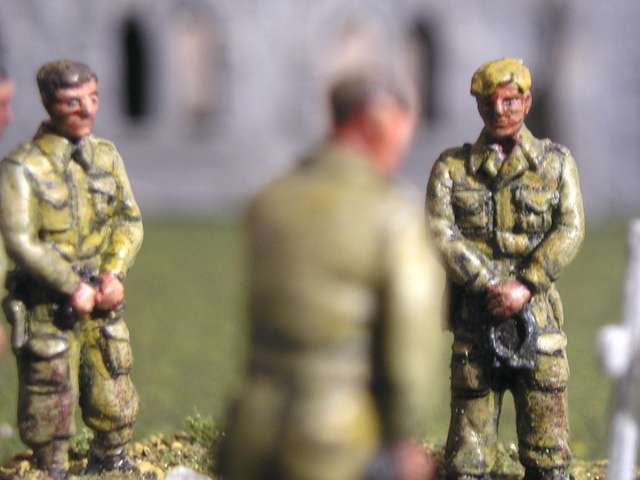 Another view of the padre. He wears the patches of 3rd Canadian Infantry Division and, unlike the tank crew, is wearing infantry battledress. 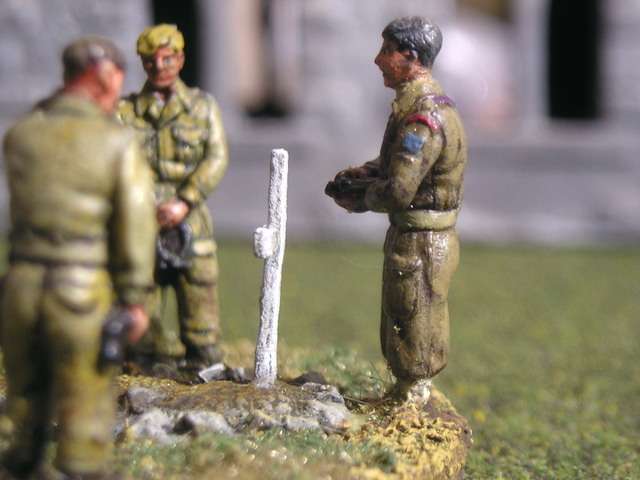 This set is manufactured by Lammercraft from their true 1/76 scale line of WW2 figures. I got it from Duanne at Syr Hobbs, who I heartily recommend for service. It's mostly painted in Vallejo acryllics, with some Games Workshop paints as well.

It's dedicated to all our fallen lads, then and now. Rest eternal grant to them, O Lord, and may light perpetual shine upon them.
Posted by Mad Padre at 2:30 PM