Toys For The Grandkids

Get them when they’re young,  as someone once said.   Encouraged by the interest that my grandchildren are showing in my model soldiers, I decided to get young Ollie (turns 5 on 1 July) some plastic Britains’ knights.   He’s very enamoured of a rather crap cardboard castle I built some years ago, so he needs some proper soldiers to defend it.  These figures are very much like the ones I had as a kid, 54mm, fairly hard plastic slotted into a tin base, and quite colourful.   There are a random mix of western and Moorish knights, so I’m ready to explain the crusades to Ollie if he wants, but I’ll let him decide who are the good guys and who are the bad guys.  We don’t need any clash of civilizations stuff here. 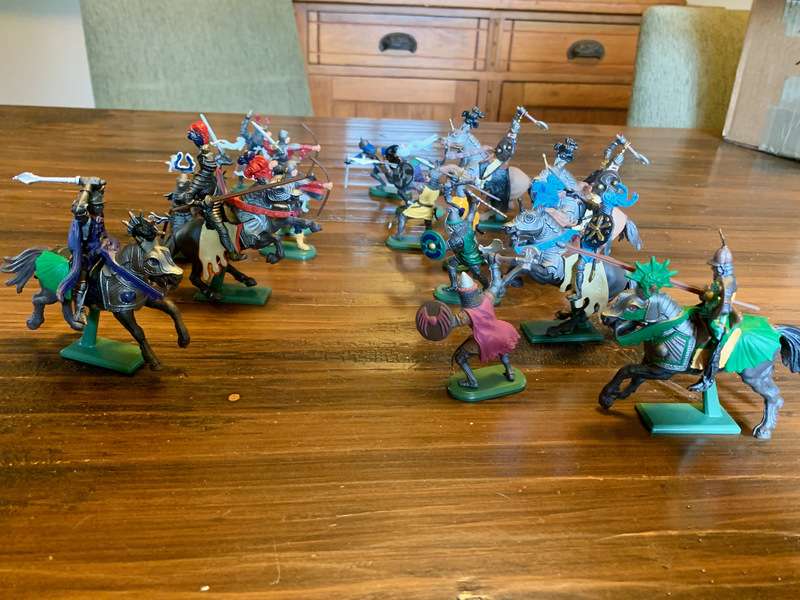 Of course, what one gets, the other must get, and as granddaughter Evie (Evleyn) is almost four and is a bit of an amazon in her own right, these plastic amazon figures from a company called Lod (??) are for her.  Maybe I’m setting things up for a clash of genders instead. 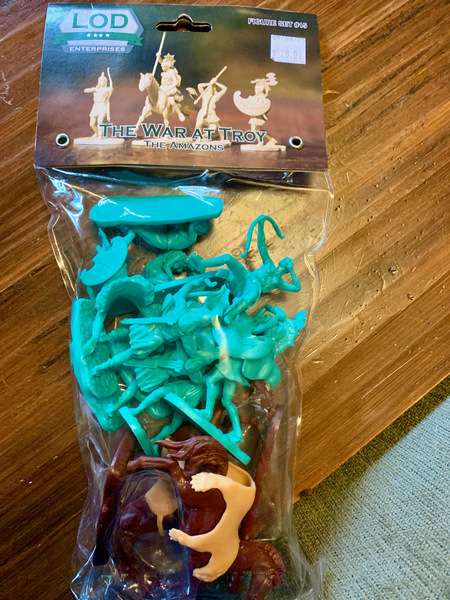 All these figures came from a US company called Hobby Bunker that has a vast range of plastic soldiers.  There’s also Michigan Toy Soldier as well, though there are stories about them.

Hope to have some pictures of happy young generals here soon.

Blessings to your childish games!