Catching Up: A Miscellany

Time for another report from Casa Padre in Central Ontario, where the cool wet weather is being quite English.    I have not been in much of a mood to blog or paint lately, a small funk that I hope I am coming out of.  Some of you know that the news about Madame Padre’s fight with cancer has not been great, and she continues to battle a series of challenges with her usual humour, faith and sang froid.  I am so proud of her.  My continued thanks to all those who have reached out to me about this, it is most appreciated.

So here are, in no particular order, some items of interest.   First, I was astonished to find that there is a Facebook group called Cats and Wargames.  I discovered this after someone saw my post on the adventures of Kampfgruppe Von Topper and told me about the group.  Lots of photos of kitties helping their humans to play wargames, mostly boardgames.   Needs some more miniatures content. I encourage you to check it out.

I haven’t had much time for gaming, lately, but here is a shot from last week’s club game of Dragon Rampant.   An effort to play a campaign game foundered badly, and so we reverted to what we know and love,  four plus players putting their armies down and fighting all against all.   In this game, Charles’ Vikings (bottom left) and Bruce’s Orcs (top centre), Stephen’s Medieval Types (top right) and my Fantasy types (bottom right) fought over a the rights to plunder a hapless wagon train.  Good fun, and shows that sometimes the best club games require only a few brain cells.  The guys would like me to paint more of my lady elves, can’t imagine why. 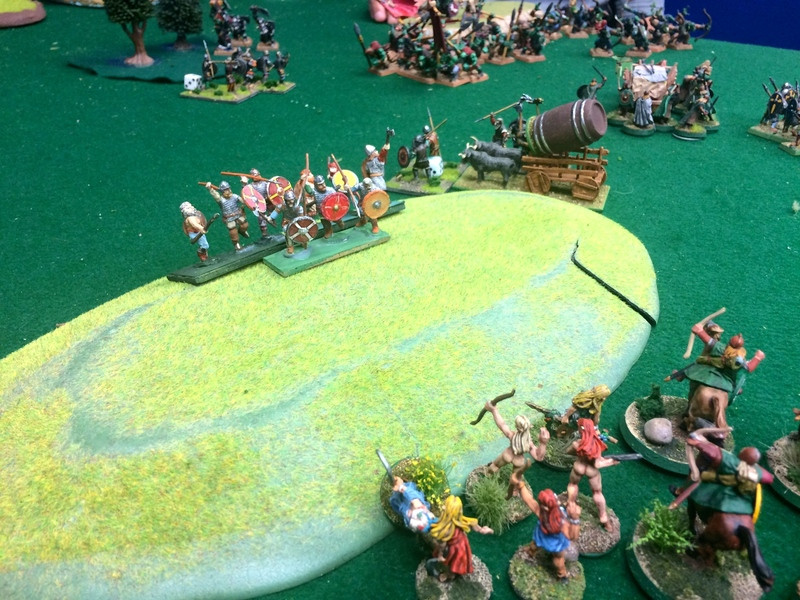 I continue to be amazed at the versatility of Dan Mersey’s Rampant engine.  The guys are getting together tomorrow night to try something called Xenos Rampant, an adaptation of the DR rules to SF.  I will probably pass, but if you are interested, it apparently has something to do with this chap.

Finally, I saw this on some chaps’ door at work last week, and I am desperately hoping that these are the promised new Canadian Armed Forces dress uniforms, because they are super blinged out and I could totally rock these. 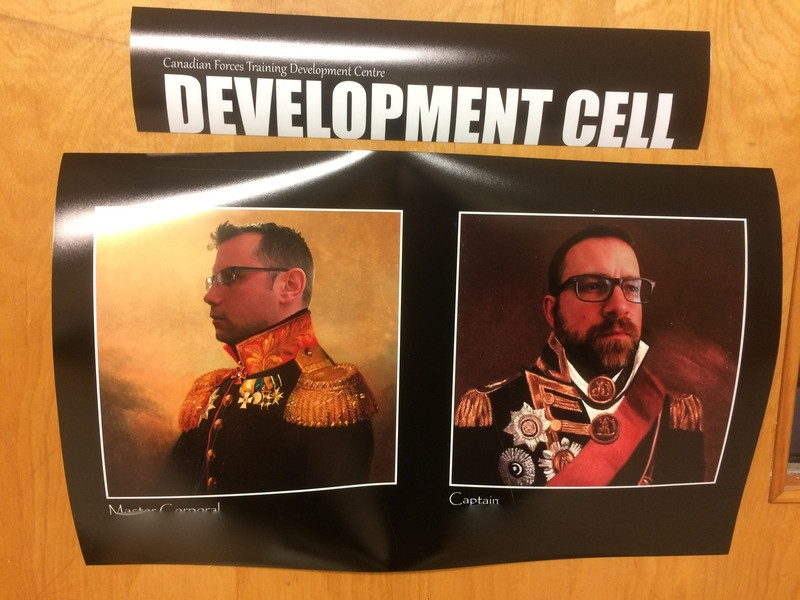 I have some other things to report but will save them for my next Tuesday Night Boardgame report.  I regret that I have not visited as many of your own blogs as I wanted to, and I thank you for visiting mine.