Meanwhile in Isengard 4 - Or, Some Vendel Barbarian Archers

I think this is my final post of the year in terms of things what I got painted. These rude and scruffy archers are another step towards finishing the batch of Vendel fantasy figures that I ordered early this fall.  I started with 12 spearmen in October, with the plan of using them as proxy figures for Saruman’s barbarous allies from the hills of Dunland. 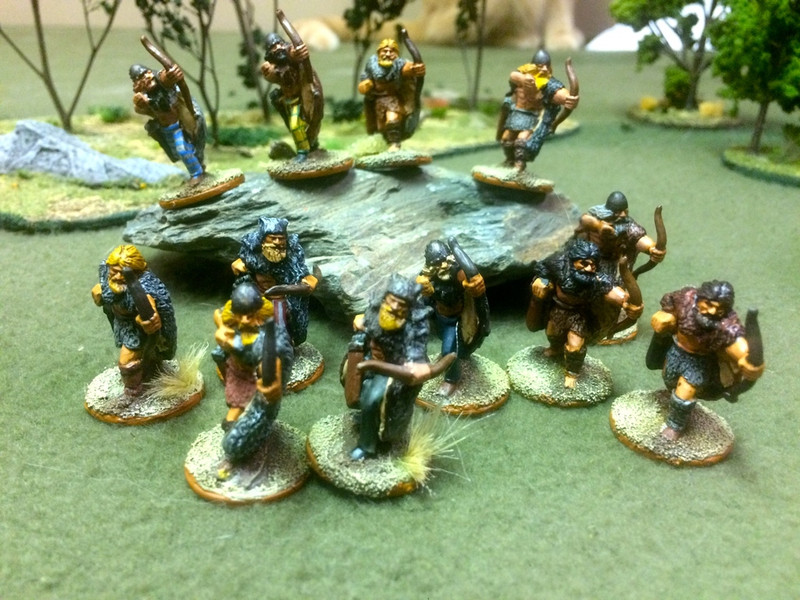 With 12 bowmen, the Dunlendings now have some missile capability.   The sculptor give them very primitive looking short bows, so I wouldn’t rate them overly highly as missile troops, but in Dragon Rampant terms I would allow them to work as scouts in groups of 6, with the skirmish and evade capability.

I am sure that there are a lot of fleas under those furs and skins. 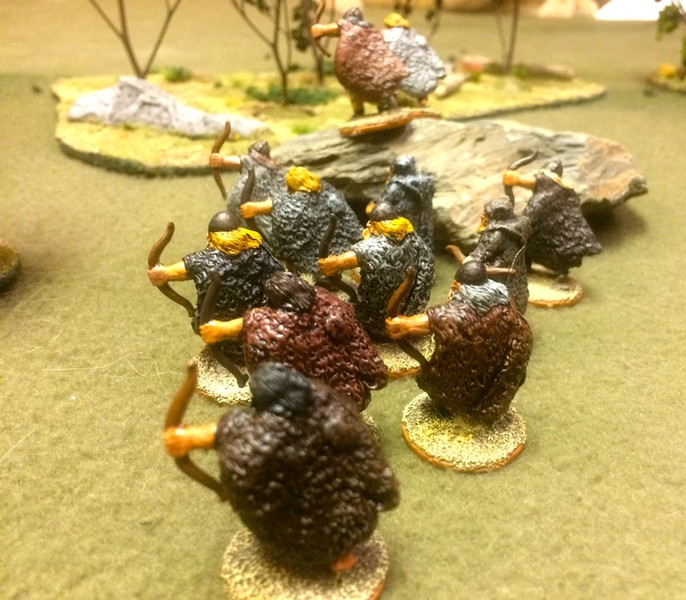 I have been thinking lately of whether, at least in Dragon Rampant terms, barbarians and wild tribesmen types should be 6 or 12 figure units.  Six figure units are more brittle, and they increase the chance of failing an activation turn early and messing up a turn, since there are more units to activate.   It would seem to make sense that troops like these would prefer to fight in small bands, hunting or raiding, whereas larger 12 figure units would need some sort of formal training as a battle line - thus showing the advantages and disadvantages of trained vs irregular units.  The trained bands are used to moving and fighting as a mass, have more endurance to casualties,  and require fewer activation rolls for the army as a whole, but can be outmaneuvered and damaged by small irregular units if they get to strike first.   I need to give this some more thought.

Here Saruman urges his new hires to get to the archery range and practice their shooting before going up against Helm’s Deep. 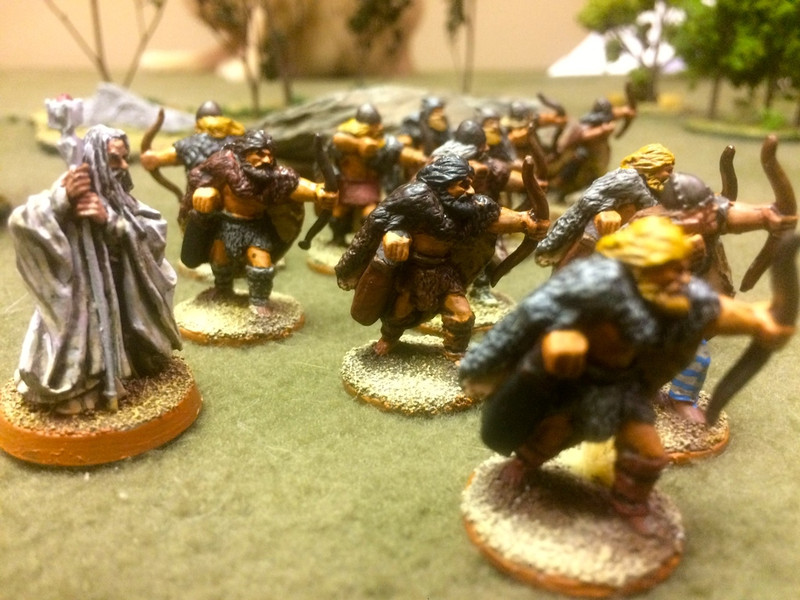 Finally, among the figures just finished at year’s end, is this figure from Bombshell Miniatures, described in their catalogue as  “Thorga the Half Orc” and shown here in two crap photos.  Perhaps Saruman can use her as his close protection detail?  She will also make a useful and unusual command figure for the armies of Isengard. 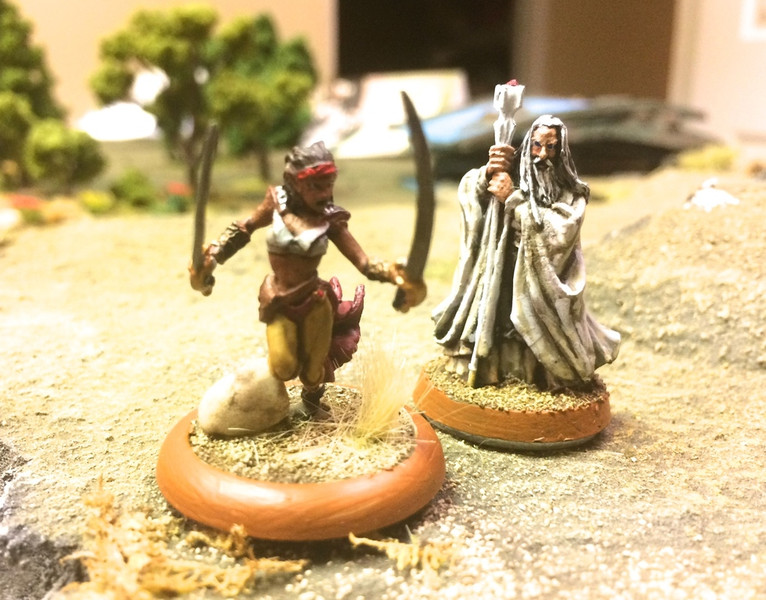 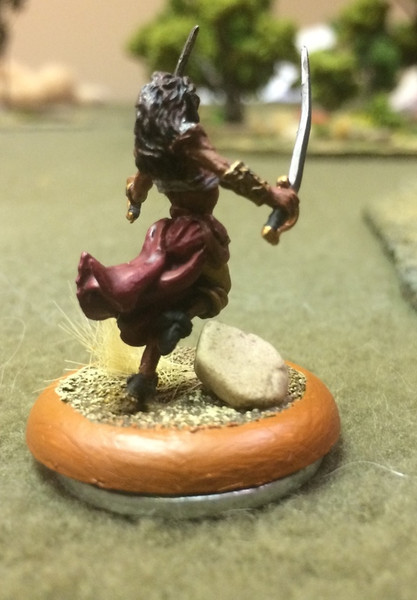 I think I’ll save the other figures nearing completion for my 2017 totals.  I wish you and yours all the very best in the new year.   Thank you for all the views and support that you’ve expressed here for my lovely bride.  She has read your comments and has been quite moved by them.