It’s hard to say what I’m going to use these figures and vehicle for, but I like them and I enjoyed finishing off another project as I move some old figures through the painting queue and hopefully on to the gaming table.

This group is a 20mm Soviet command group from Britannia, as well as a Brtannia GAZ radio truck.   The command group comes with six figures and two pieces of furniture, and I painted up a random Soviet soldier from the bits box to act as a sentry. 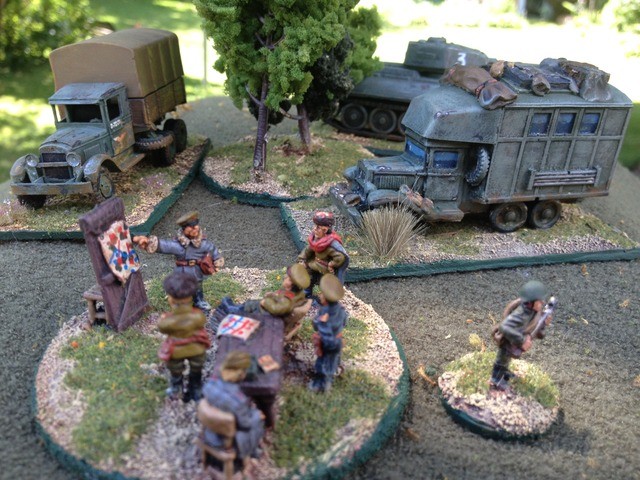 The 39th Guards Shock Army’s G3 explains how they will smash through the enemy defences and strike into the lair of the Fascist beast.    Note the absence of Powerpoint in this briefing.

General Gutskoff listens while wondering if his nemesis General Badinov will make it across the Elbe before he does, despite promises to Comrade Stalin that the Fighting 39th will lead the way and be the first to plant the glorious Sovet banner on the far bank.  I have to say that I really like the figure in the leather trench coat standing behind the general with the cup in his hand.  He rather reminds me of Alec Guinness’ character in Dr. Zhivago. 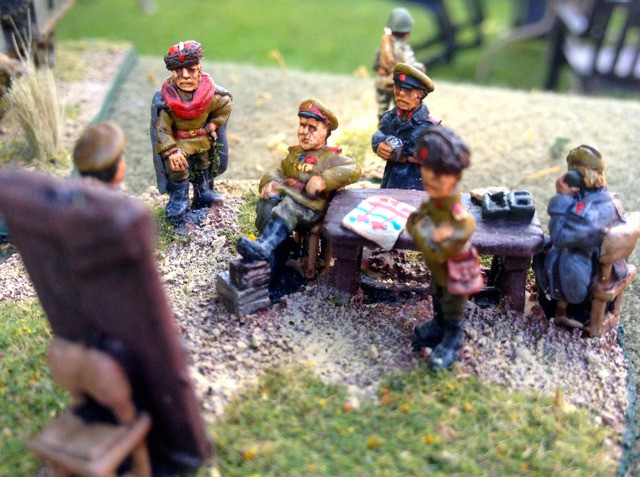 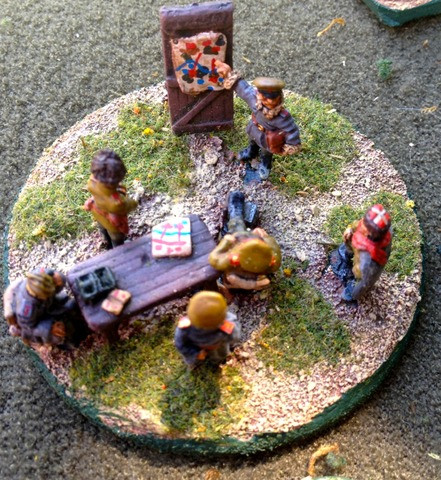 I had started painting this vehicle last year but had to redo much of it after I discovered that the pigment I had used for weathering reacted poorly to Dullcote.   Again, not sure what I’ll use it for except as eye candy for the table or perhaps an objective marker for larger scale games. 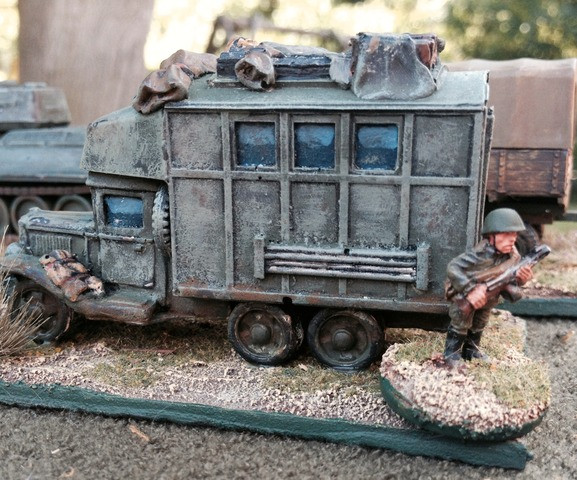 Some of that white stuff around the grill and the rolled tarp on the front fender are residue from the great pigment disaster. 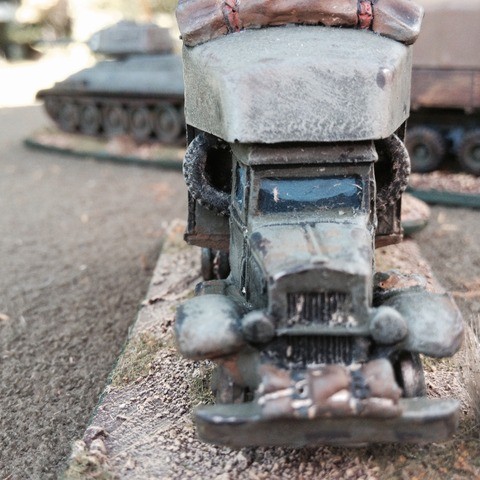 The other project I finished at this time is this Armourfast T34-85 quick build tank.  A very simple kit, with a modest amount of weathering.   It could use some stowage. 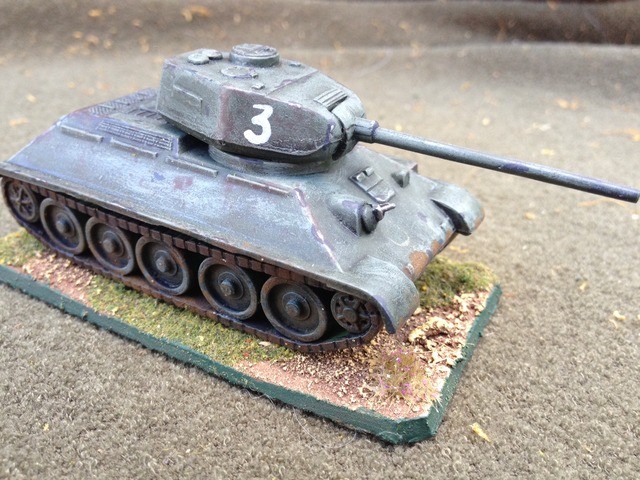 Putting vehicles on bases is a new thing for me, a bit of an experiment.   I think I like the look of it. 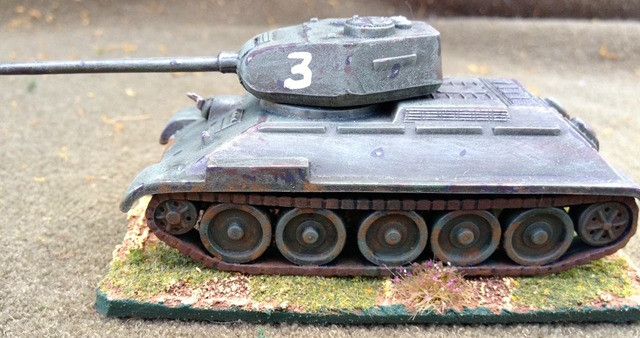 Blessings to your brushes and die rolls!  MP+