Forgotten and Glorious ACW Minis Are Unforgettable AND Glorious

My order of ACW 28mm miniatures from FG Miniz Forgotten & Glorious Company of Art arrived on Monday and did not disappoint.   F&G are a relatively new French company, and seem to be additional proof that trans-Atlantic hobbyists like myself don’t just have to look to Great Britain as the centre of gravity for our hobby.   European companies like F&G and Black Hussar are doing cracking work these days, and I am sure there are many other Eur minis companies that I don’t know about.

I was considering F&G’s Kickstarter campaign for their 14th Brooklyn figures (they seem to specialize in early ACW) but when the announced a new line of Iron Brigade sculpts, I was hooked.  I have several regiments of this iconic Union brigade and thought that these F&G figures, especially the command figures, just had loads of character.  There was also the thrill of getting figures from the first production run of minis from brand new moulds.

Here’s a command group, taking the air on my patio table.  I love the look of the colonel with sword on the right.  He seems to be saying, “Now then, Padre, you seem like a fellow with the right mettle, I’m sure you’ll move us to the front of the painting queue."

Another thing I love about F&F is that their national standard flagpole comes with a US eagle.   I’ve never seen a company do that before, and I’ve always wanted one. 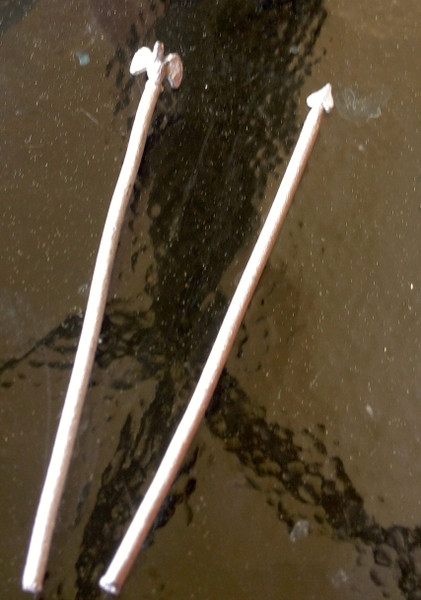 These figures compare well in size with other lines of 28mm ACW figures.  Seen below on the far left is a Perry plastic figure, and on the right is one from Old Glory.  I would say that the F&G figures are slightly larger than the ACW line from Foundry, and perhaps a tiny bit smaller than the ones from Redoubt. 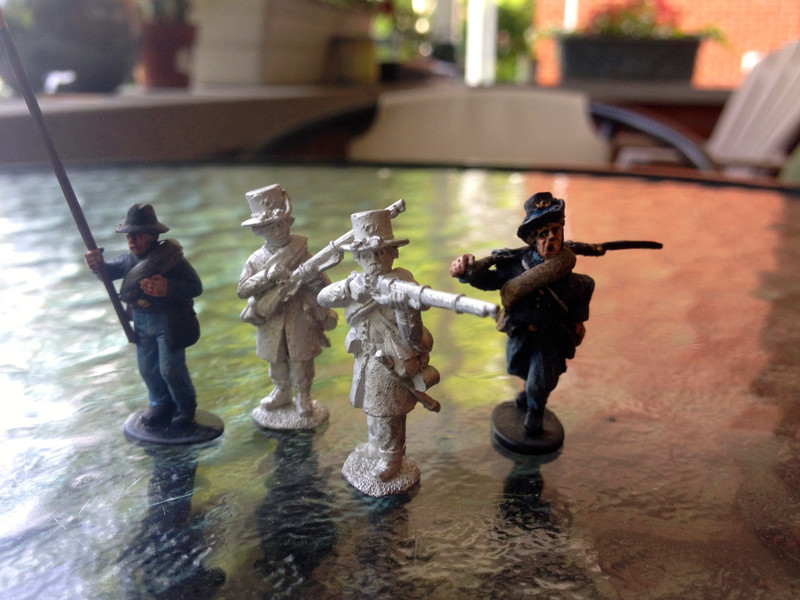 There is stiff competition for the painting queue, but I suspect I’ll get on to these fellows sooner rather than later.

Blessings to your dice and brushes!