Last year I posted here about two Italieri ISU-122s that I’d completed for the 2013 Analogue Hobbies Challenge.   Shortly after painting them, I learned the hard way that Dullcote does not interact well with pigment.  While the models weren’t ruined, exactly, most of the pigment turned a wintry white and I had to redo them.   A little heartsick, I put them in a “To Do Later” box and sort of forgot about them.   Then I dug them out while working through a pile of Britannia 20mm Soviet infantry, including a half a dozen tank riders.   Finishing them off gave me the motivation to pull out the ISU-122s and get them back into shape.

I like these Britannia figures, and their combination of uniform items - greatcoats, fur heats, etc - matches the Italieri AT gunners I showed here previously, making them perfect for a winter/spring 1945 assault force on the Reich’s cities.

With only six figures, total, that doesn’t allow me a whole mob of tank riders, but it does suggest men who have been detailed to ride with the assault guns and protect them from snipers, Hitler Youth with panzerfauts, etc.  I figured the easiest course was to glue them to the tank models, since otherwise they would only fall off when in use and rattle around in boxes when not in use.  For game purposes we can decide whether the figures are in play or not in play. 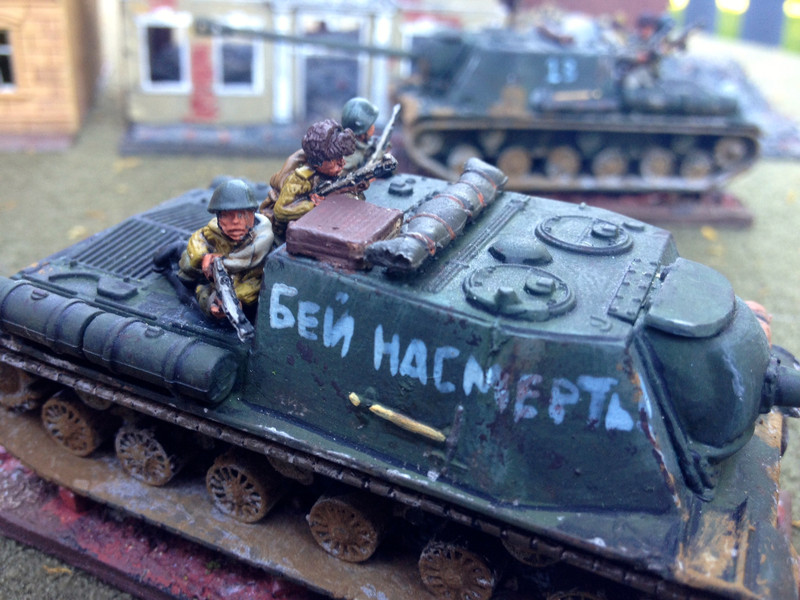 I won’t count the two tanks towards my 2014 totals, since really they were finished and blogger last year, but I will count these six tank riders. 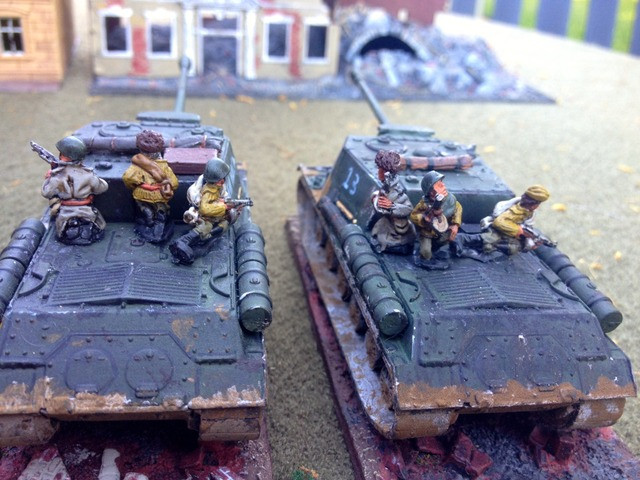 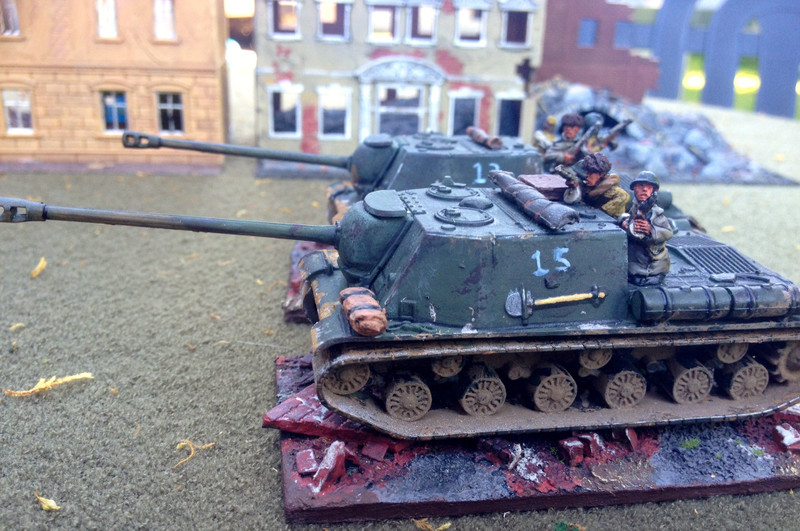 Blessings to your brushes!  MP+