In my last post here I showed some figures that had been languishing in my collection for almost a decade. I bought them in a batch of painted figures to build what I thought would be an Ottoman army for a SYW campaign. The Stratford gang christened them "Turkish Love Slaves" and the name stuck. But who made them? 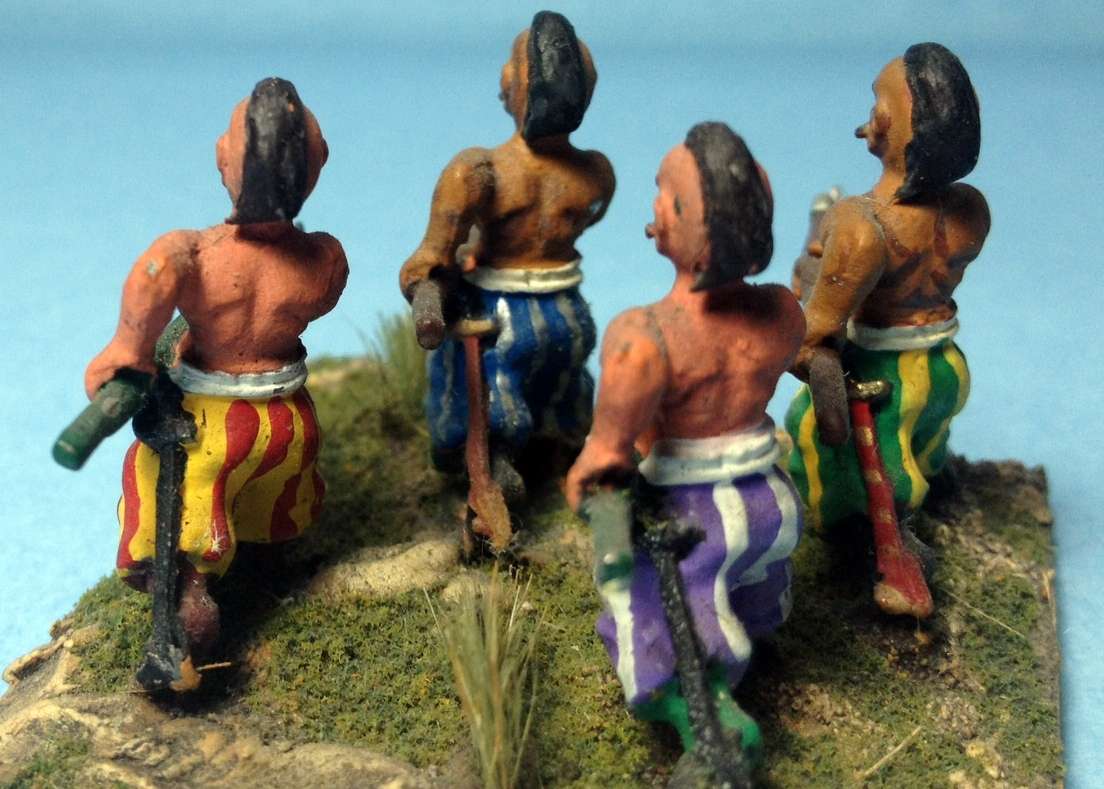 These figures were hastily repainted by me back in the day, and kindly based by a prince of a chap called Kirk Docherty, whose style of basing I now slavishly follow. 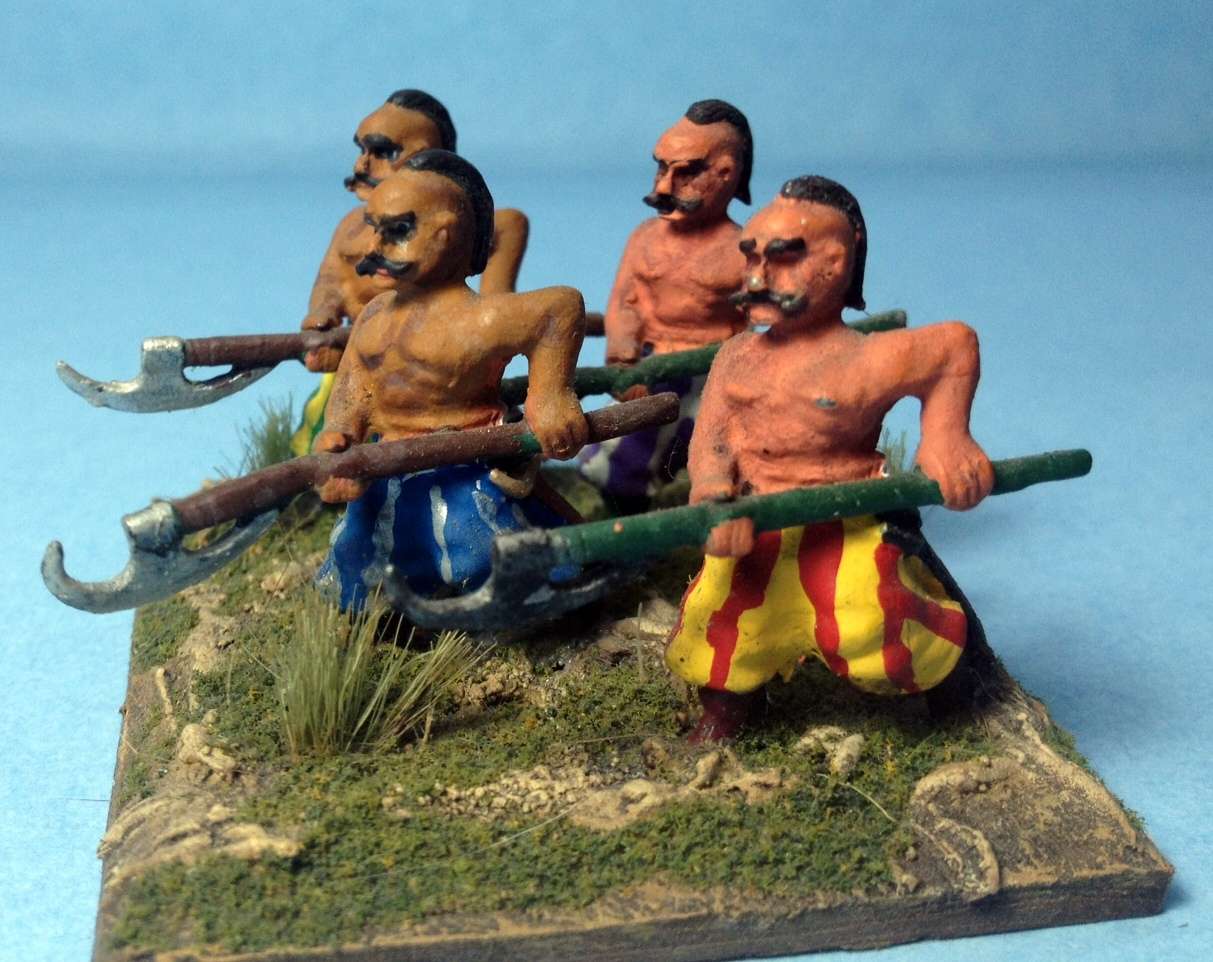 James "Rabbitman" Manto remembers me getting these, and identified them as Essex 28mm Renaissance Cossacks. The Essex website shows a sculpt called "Zaporozian Axemen" which look similar to my chaps but not quite. Is James right? Anyone else know for sure? Do I need to start calling them the Zaporozian Love Slaves?