"Berlin Is Our Common Target, Comrade Boris!" "Da! And the view from this big ISU 122 is sweet, eh, Comrade Natasha?"

One of my brush dreams for the Analogue Painting Challenge was to get these two bruisers finished. Secondary goals were to get some more experience using my airbrush, and to play with some of that newfangled pigment that all the cool kids are using these days. All goals met. 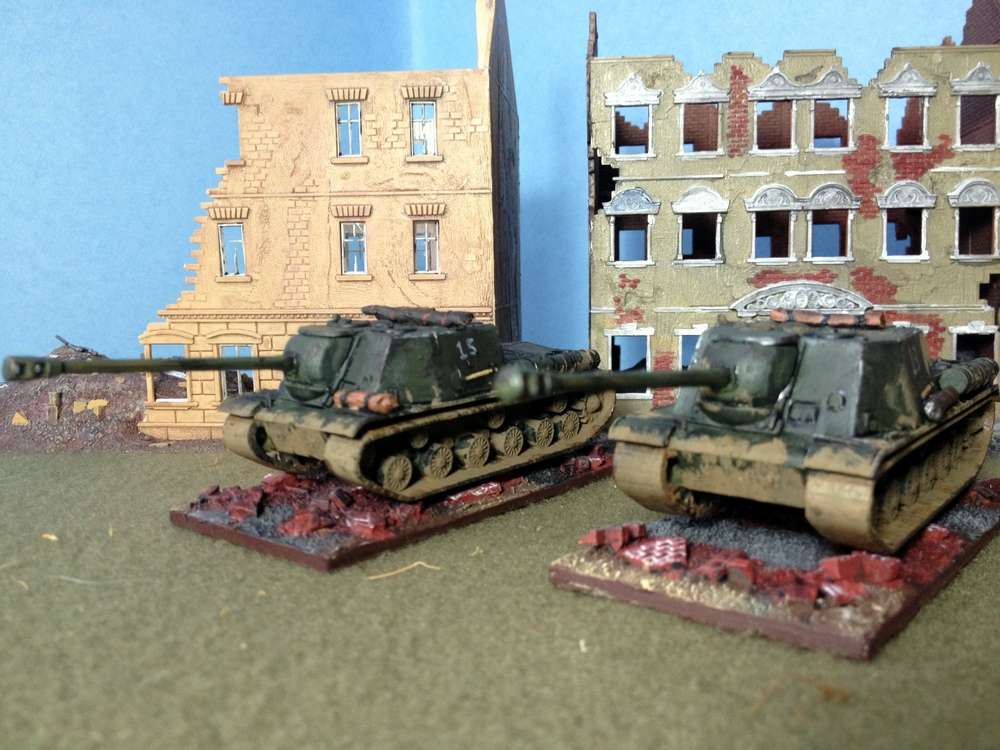 After spending an hour this evening faffing about with an old Nitto plastic kit, which I have pretty much wrecked due to the awful diagrams and myriad of small, badly moulded parts, the two models that you get with the Italieri box are a treat to put together, and are moulded to a reasonable wargamer standard. For the initial colour I used Vallejo 70894 Russian Green, airbrushed in two coats over the hull. Following a suggestion in Ruben Torregrosa's excellent "Painting Perfect Panzers" article in WSS 63, I then mixed the Russian Green with a little white and drybrushed the top and side corners of the hull. I used Army Painter Dark Tone as an overall wash, then lined out the details with Citadel ink. The tracks were painted with Army Painter Gun Metal, washed w AP Dark Tone, the track sections were lined w Citadel ink, and then washed with a Tamiya rust pigment. It all seemed like a lot of work, but the results are worth it to me. 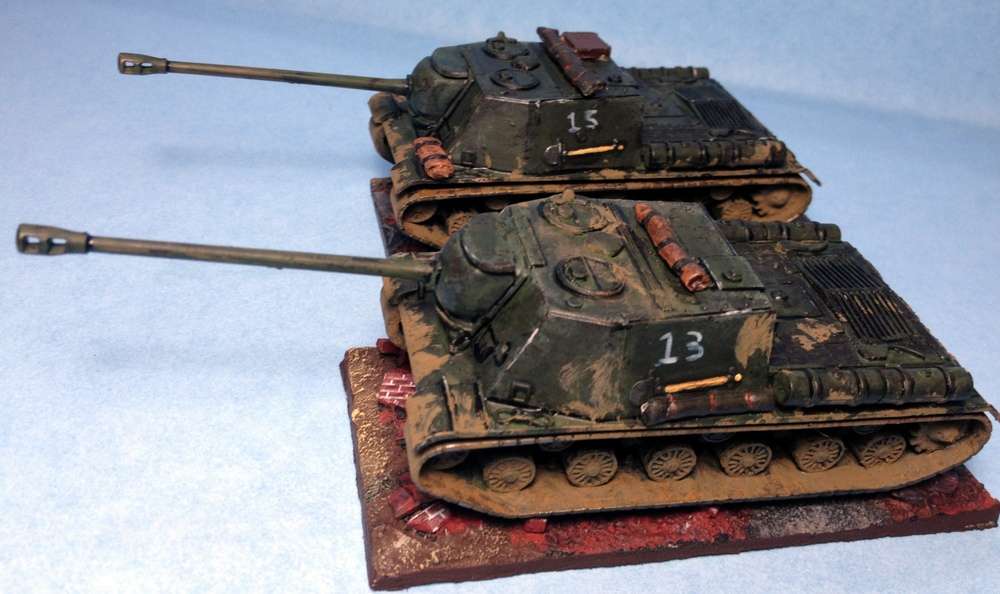 Reasonable wargamer standard does not mean stowage. Some of you chaps make stowage out of green stuff, plastercine, old cigarettes, etc. The items here are from a RAFM set I bought at Hot Lead last year. Evidently I have more money than I really need. It does give these guys that lived in look, however.

I've never made bases for vehicle models before, but they look rather nice on places like The Guild and I thought they were part of Curt's draconian rules for his Challenge. In making these, I stole some ideas from Sidney Roundwood's lovely WW1 bases, currently seen on his blog. The bricks are plaster of paris, from one of those mould systems, I think from Litko? Not sure. The point was to give an urban, Fall of Berlin kind of atmosphere. 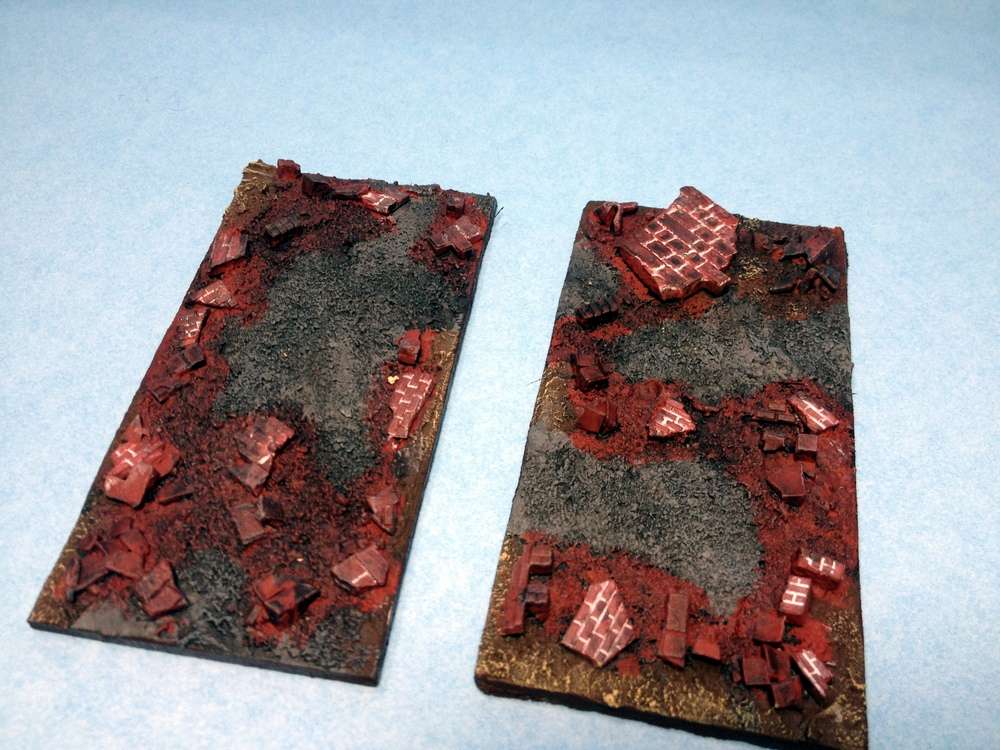 One drawback to this kit is the complete absence of decals. I had some cheesy red stars from a Matchbox T34 kit but opted instead to try my hand at Cyrillic, using some slogans ("Cut the Bastards!" and "Fight to the Death") from a fine collection of Soviet propaganda posters. I chose these slogans because they were short. They still managed to spill over the edge of the hull. 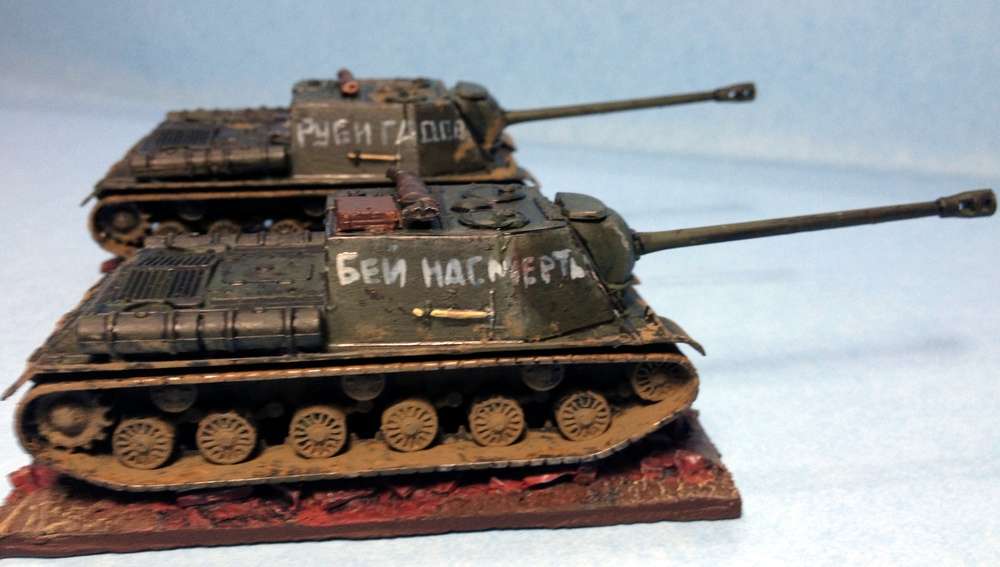 The dirty bottoms are courtesy of Vallejo 73109 Natural Umber pigment, which I mixed with a little bit of water into a goopy mass and liberally brushed onto the lower hulls, bogies, and tracks, with a little tossed onto the upper hulls for good measure. I liked the effect when it dried but in future the less is more rule will apply. These big monsters were entry 5 for me in the painting challenge, and Curt kindly awarded me two extra points for presentation. Thanks, Curt. I am no threat to the leaders but I am having fun. 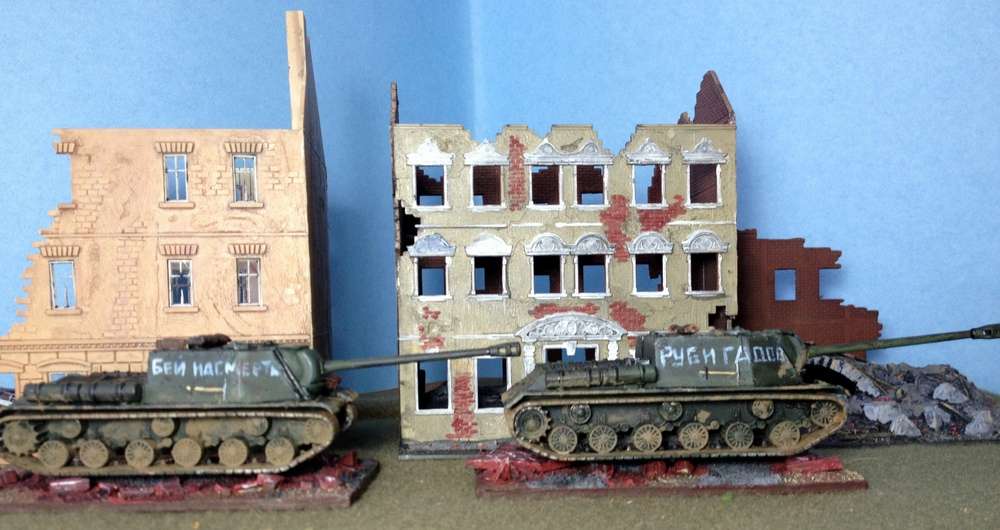 It rather looks like February will be the month of the Russians here at the Mad Padre's Painting Chapel. The Cossack love slaves are celebrating.