I've just finished a motley little late WW2 Canadian recon (recce in CanAnglo milspeak) troop in 15mm. My thanks to Mrs. Padre for letting me use her nice camera and tripod, and for coaching me in Photoshop Elements. Where are the dismounts from the Bren carriers in the pasture? No doubt ransacking the two houses.

Most of these vehicles are intended for a friend of mine, Matt. He is gritting his teeth working a staff job as base adjutant, but he wears the cap badge of the Lord Strathcona's Horse and in his heart of hearts he's a hard-charging armoured recce officer. He's also the only tank commander I know who has been under fire in Afghanistan. And he's also a gamer and a cool guy, so it's only fitting that he command a recce unit.

Most of the models shown here are one-piece resin kits from Gaming Models. I heard some good things about them on the Too Fat Lardies discussion list, and wasn't disappointed. Quite inexpensive, too, and for every ten models you order, Craig Lechner throws in one free. Good customer service. 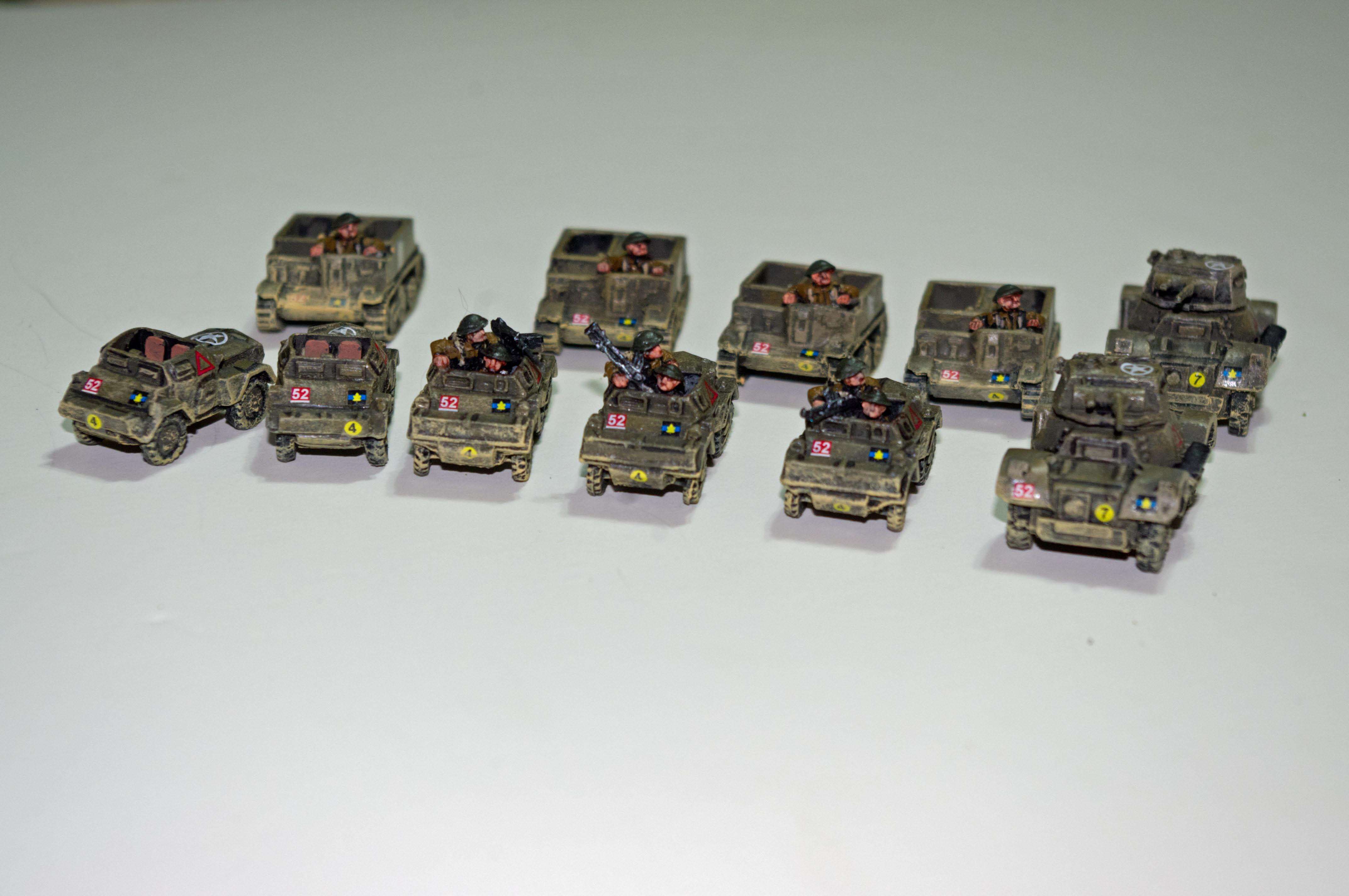 All of these vehicles have the regimental and brigade markings to show that they belong to the headquarters squadron of the Fort Garry Horse, a regiment in the 2nd Canadian Armoured Brigade which served in the Normandy campaign. I am not 100% certain that this formation would have possessed the turreted Daimler armoured cars shown here, at least not in Normandy in 1944, but I had the decals for this formation, so c'est la vie. The decals, by the way, are marvellous little products from Dom's Decals.

The other manufacturer represented here by three crewed Daimler Dingo scout cars is Battlefront Miniatures. I bought for my own collection. I'm guessing one crew nicked the .50 cal from some Yanks. 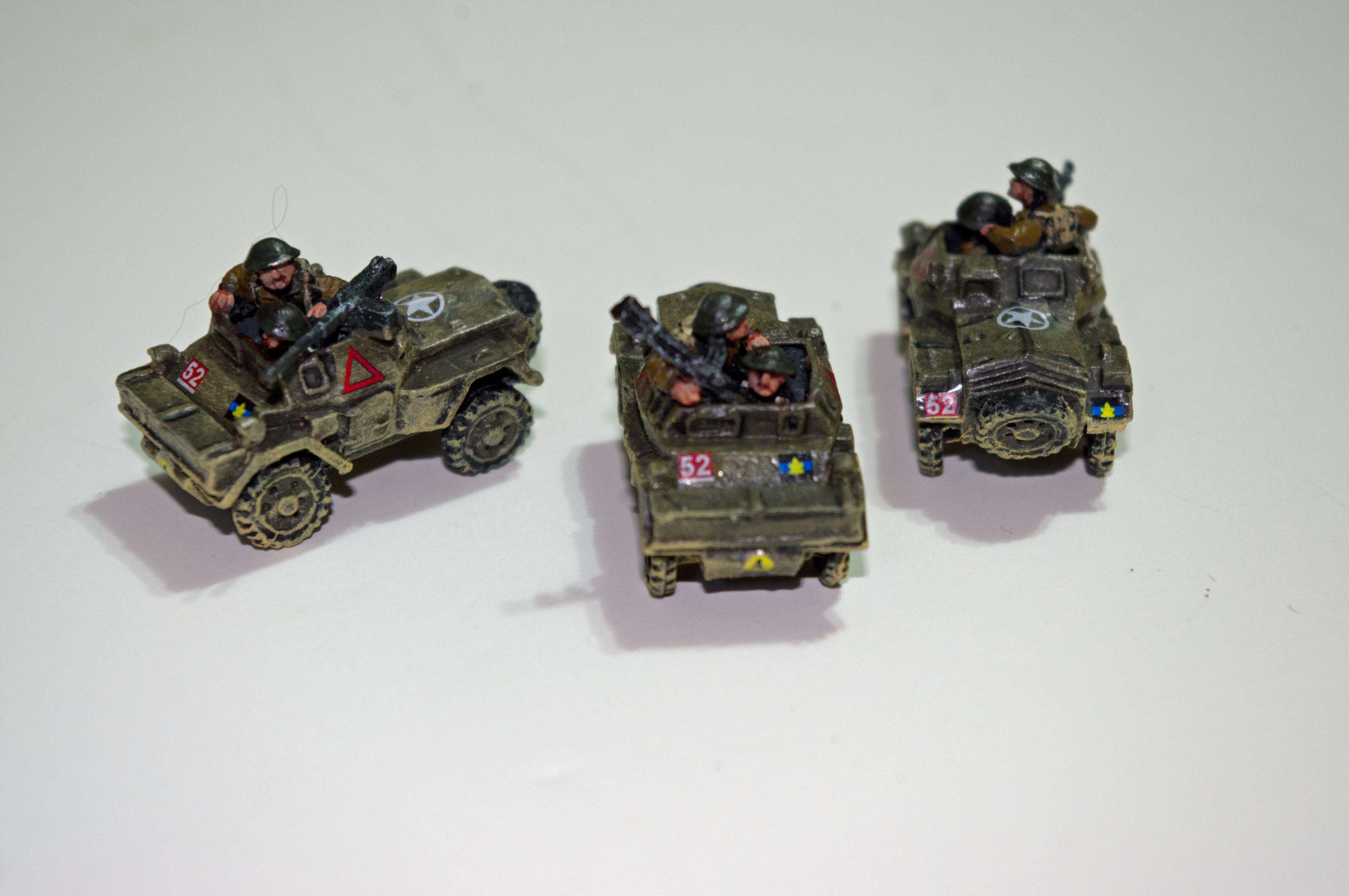 And by comparison, here are two Daimler Dingos from Gaming Models, which, sadly, don't come with crew. I think I have some more in my bits box for Matt. 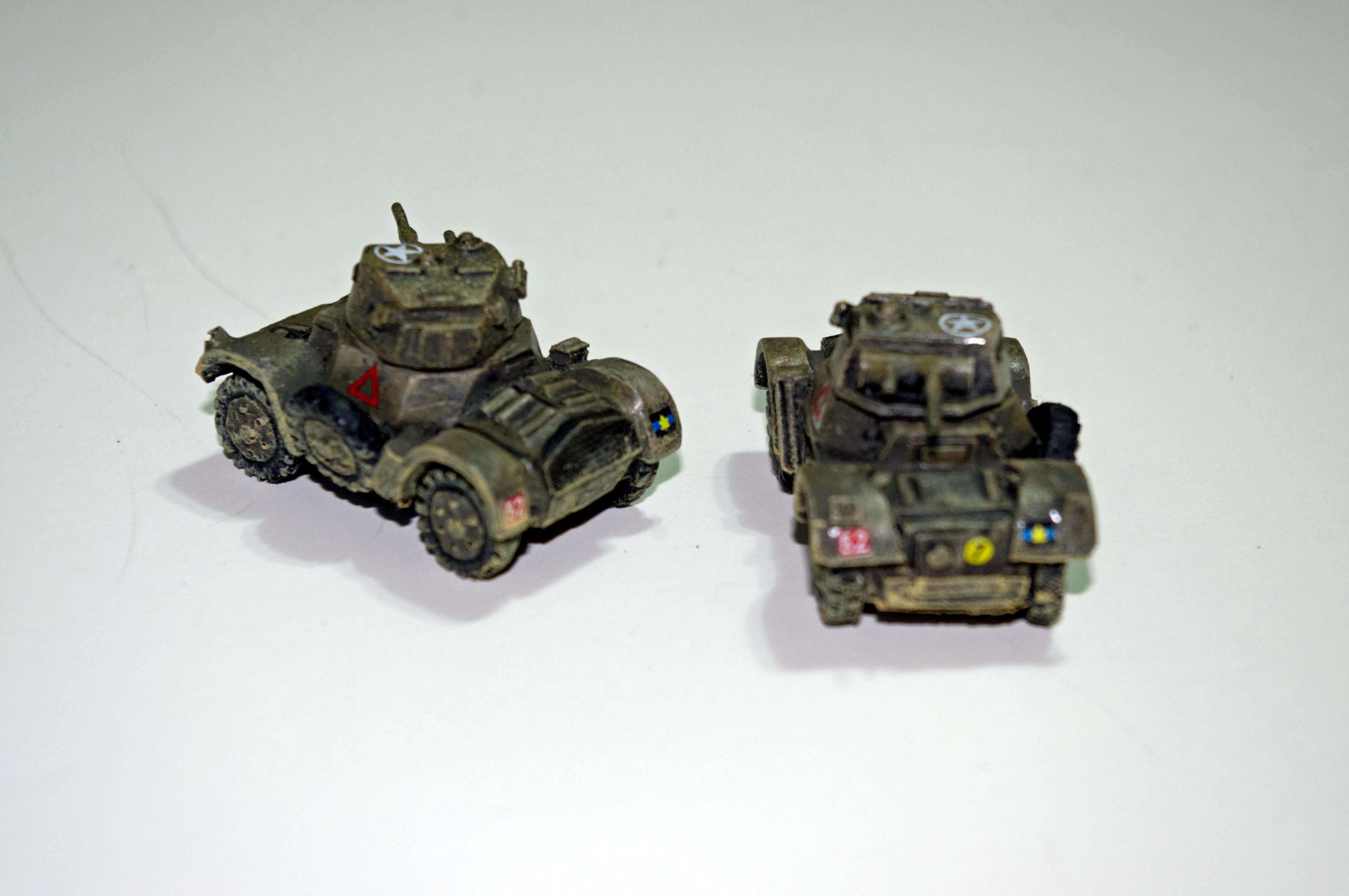 Hopefully this little troop will see plenty of action before Matt and his lovely bride to be Krista gets posted back to the regiment this summer. Rumour has it that the same shipment from Gaming Models included some Panthers, so he may well have something to try to get his recce eyes on.

Thanks for looking.
Posted by Mad Padre at 3:03 PM