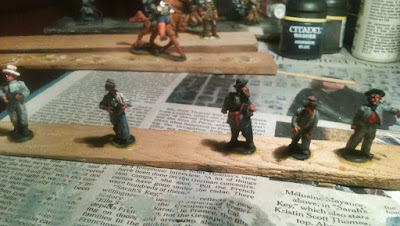 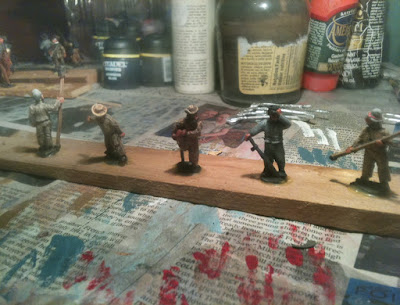 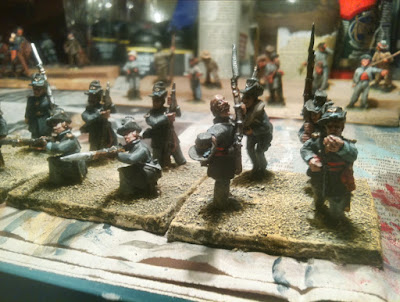 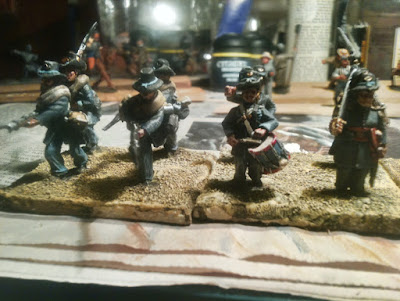 I started collecting the Iron Brigade because they have a cool, early war look about them, before everyone got sensible and scruffy, and because I am generally good about avoiding elite units and am giving myself a bit of a reward. They will be a bit eastern and out of place on the Bluffsburg campaign, though.
Posted by Mad Padre at 10:21 AM