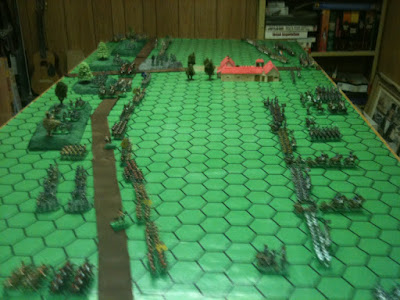 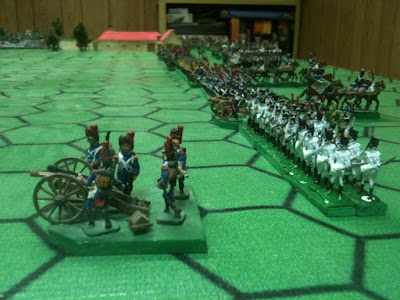 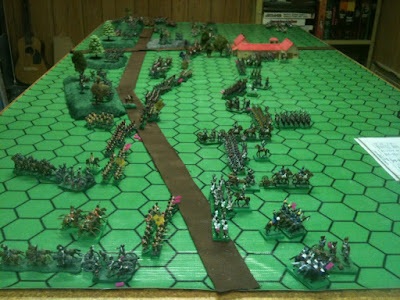 We had to call it at 10pm and declared it a draw. Hopefully once Charlie gets back from Mexico in the spring we can spend a day at it. A very enjoyable night of old school wargaming.
Posted by Mad Padre at 10:24 AM