My ongoing Naps project is my boardgame: SPI’s Wellington’s Victory, their Waterloo monster game from the late 1970s. It’s going very slowly.  Here’s the overall map at the conclusion of the 13:45 turn. 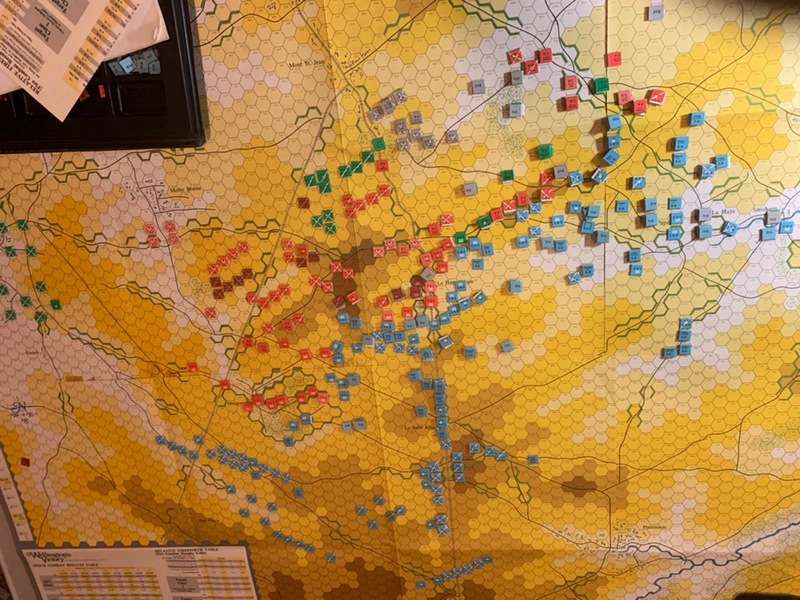 Close up of the centre position. 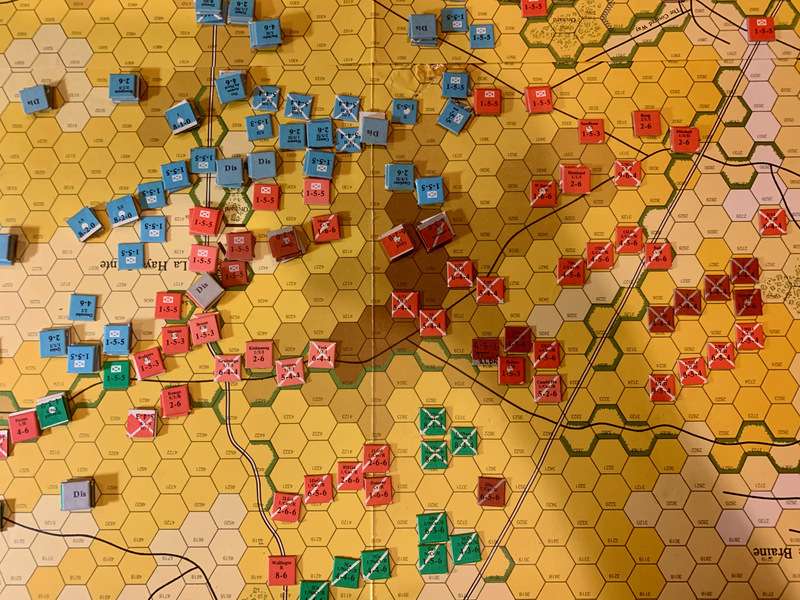 The ridge anchoring the Allied line to the left of La Haye Sainte is starting to look at little porous as the Belgian/Dutch units give way under the bombardment of I Corps’ cannons.   LHS itself is holding out as the defenders exchange ineffectual musketry with the French skirmishers.   If Napoleon wants to take the position, he will have to send in men to take it with the bayonet, and that will be bloody.  However, with the Imperial Guard drawing close now, LHS will need to be taken.  Between LHS and Hougomont, elements of Reille’s II Corps are moving forward to give the Imperial Guard some space to deploy if Napoleon decides to send it in that direction.

Most worrisome for Wellington now has to be his left flank, which is slowly but inexorably being turned by I Corps, supported by Milhaud’s heavy cavalry, which so far have proved the French stars of the game. 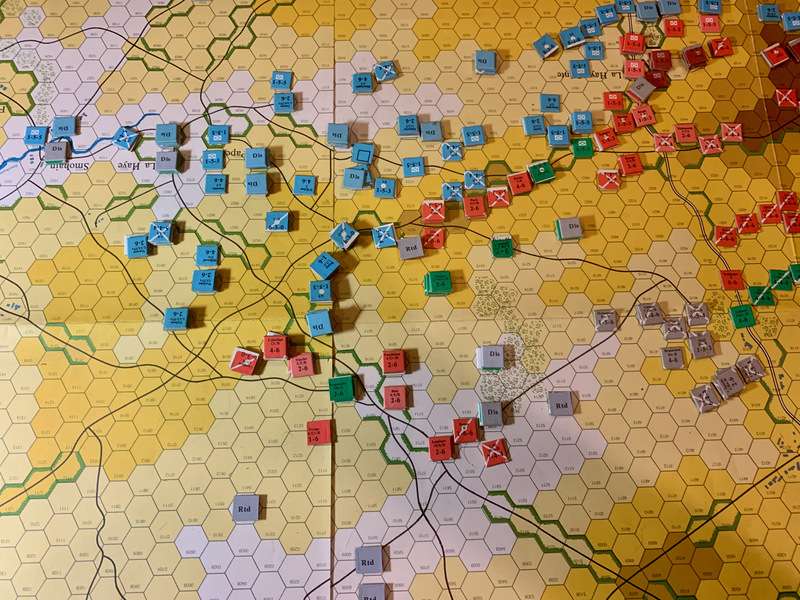 The British cavalry has had very poor luck stopping them.   In the last 15 minutes, Ponsonby was killed leading his troopers in a desperate charge to slow the French advance, but was countercharged and routed by Vial’s cuirassiers.  Hanoverian landwehr are streaming to the rear, and over 1500 of them have already exited the map, a terrible and permanent loss to Allied morale.   Wellington has ordered Lambert’s British infantry brigade and the entire Brunswick division to shore up his left wing, hopefully they will be enough to hold the wing.  It’s an hour before the first Prussian units enter the map.