Good day!  Since this is my first post of 2021, I wish you a happy new year - may it be happier for all of us.  Over the Christmas holidays I started the traditional plastic model kit build - a 1/48 scale Lysander for my Weird War 2/ Pulp project.  I had opened the box back in the summer of 2020 and the myriad of small parts therein seemed more complicated than the time I had on hand would allow for. 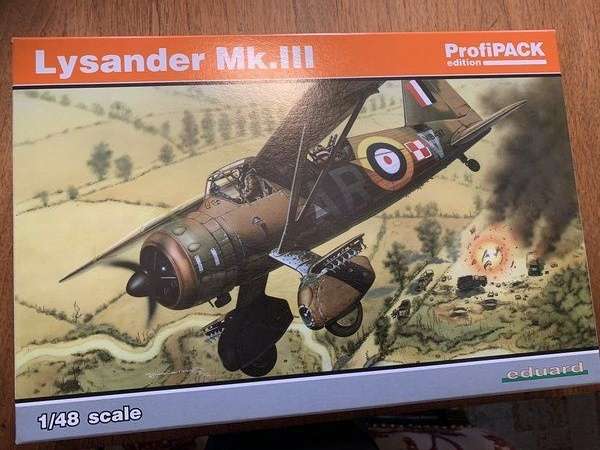 The kit is by an eastern European company, Eduard, which I gather is a gold standard for WW2 games, though I found the instructions somewhat less helpful than I would have liked. 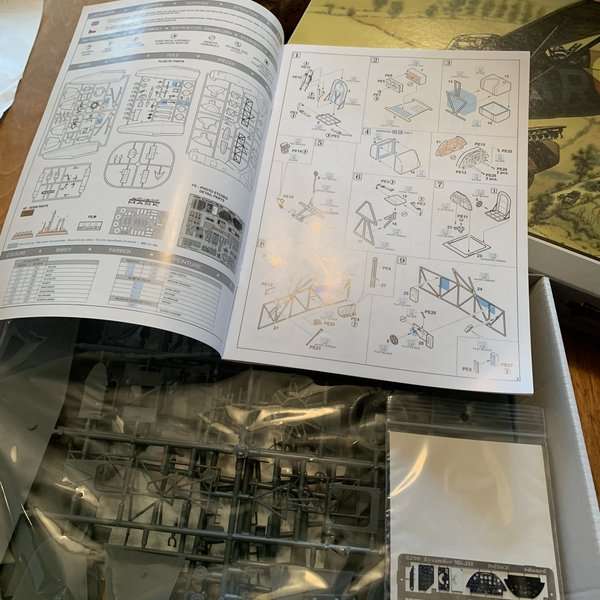 This time I kept my nerve and forged on, going as slowly as was necessary, as it required some nerve doing things like gluing the brass-etched parts like the foot pedals onto the cockpit assembly - totally unnecessary for gaming, but if you’re going to do a thing, do it well as my dad said when he vainly tried to teach me how to make the balsa wood airplanes he had made as a kid. 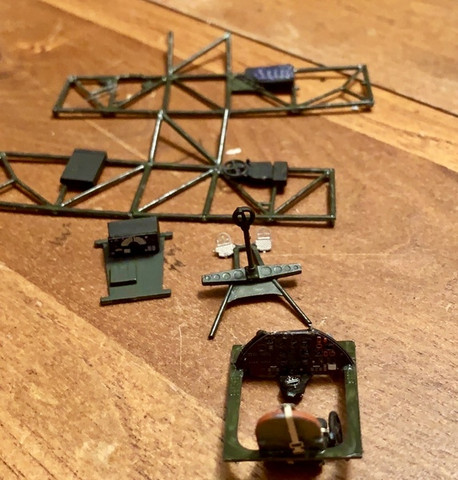 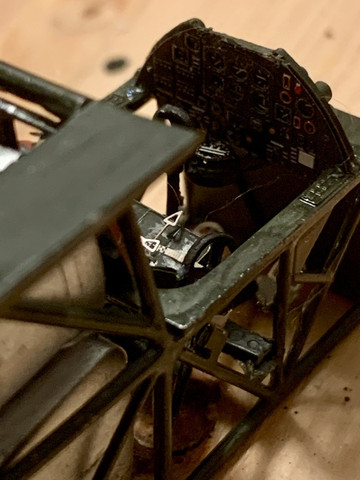 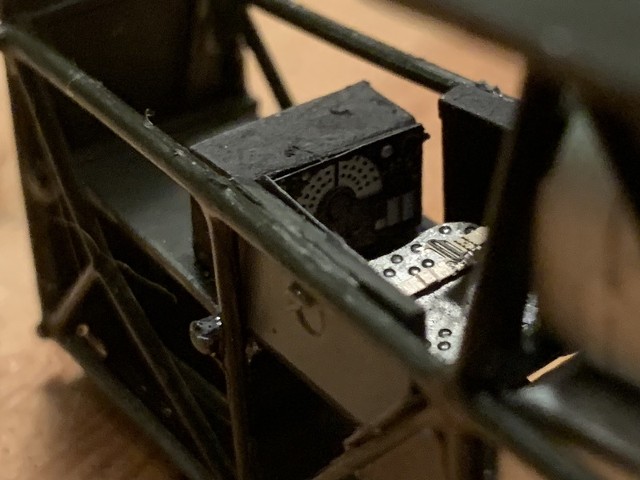 The interior fuselage assembly complete.  I had a discouraging moment when I broke off the wing roots at the top of the frame with some  misapplied press from my clumsy fingers and had to re-glue them. 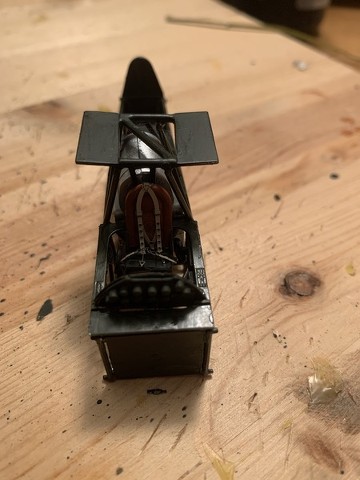 The Lysander has a huge canopy and the Eduard kit came with precut masking tape, which I had to carefully apply with my wife’s best tweezers.  That was fun. 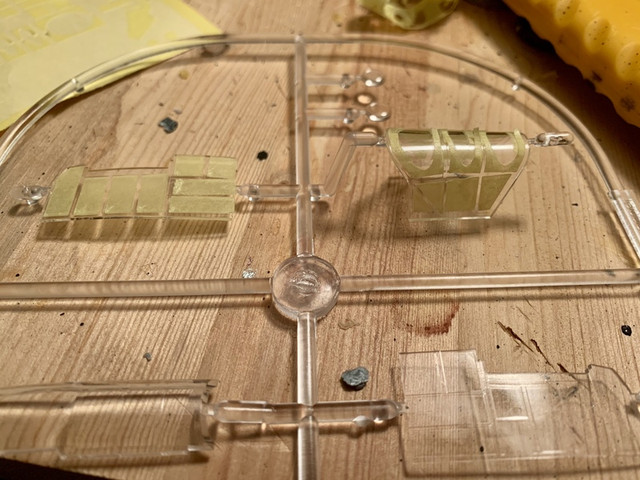 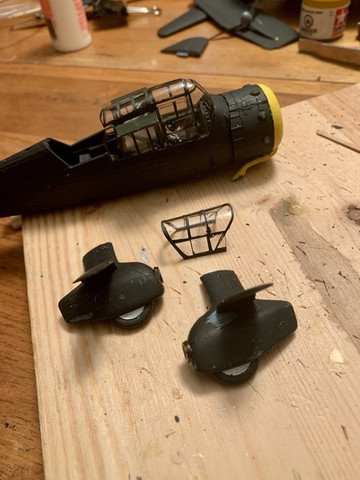 And finished!  Because of the gaming it might support, I chose the all-black paint scheme used by RAF 141 Squadron, which supported SOE operations in Occupied Europe. 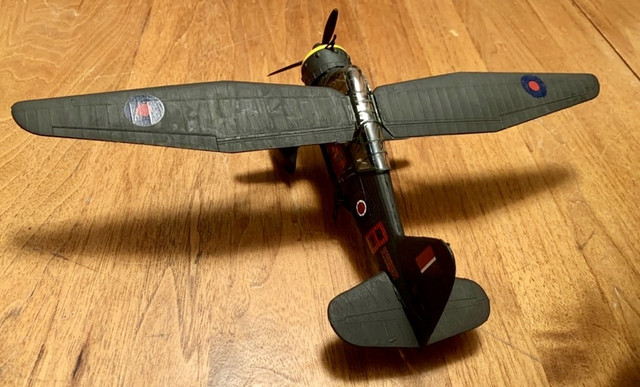 Those huge struts supporting the wings give the kit a lot of stability.   There is also an underslung fuel tank for greater range, and a ladder to help passengers enter and exit the aircraft. 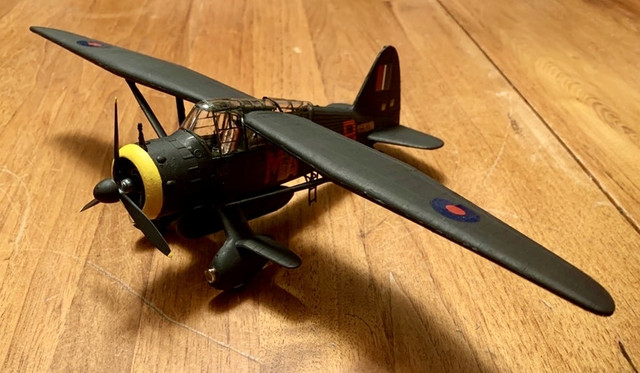 Somewhere in occupied France.  Yvette of Cafe Renee and Michelle of the Resistance keep watch as the RAF delivers something vital to the war effort. 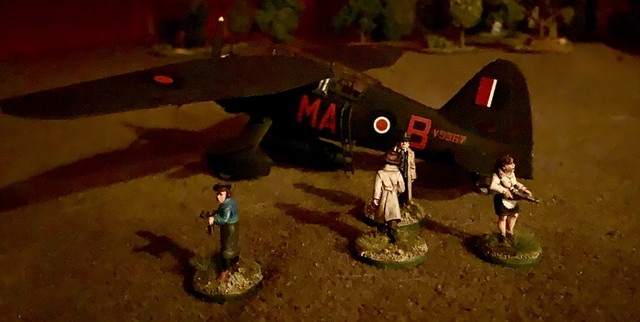 Thanks for reading.  Again, may 2021 bring happier lives and gaming to all of us.   Stay safe, and blessings to you brushes.