This post will be much less interesting than the last one, as there are 100% no scantily dressed figures.   I got a bit of flack for posting the elf maiden photos on the Wargaming in Middle Earth Facebook page and rapidly deleted the post.  I never thought I was creepy, but apparently some did, so lesson learned.

So to today’s duller content.   Here are 12 Walkers of Rohan, bog-standard Rohirrim foot fighters, fresh off the Games Workshop sprue.

No mods of any sort.  The only concession to originality was to give a few of them grey cloaks vice the usual green cloaks.  I also made some attempt to change up the colours on the shields by using some blues and reds for variety.

Archers.  Can’t have enough of these chaps, especially for a siege game.  I have plans.

Fellow in the foreground is a bit of an oldster.  My white hair is almost as long as his in these lockdown days. The most creative thing in this post is this Gripping Beast lead figure, of Alfred the Great, repurposed as a Lord of Rohan.  The shield transfer is from Little Big Men Studios. 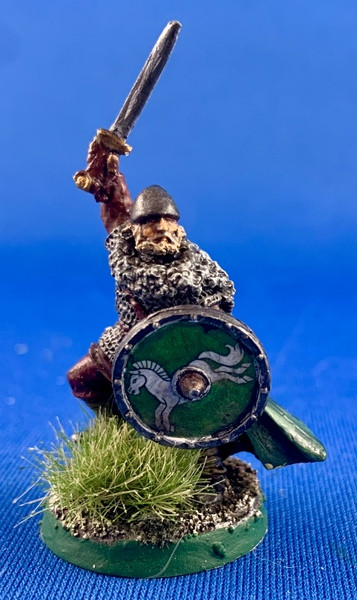 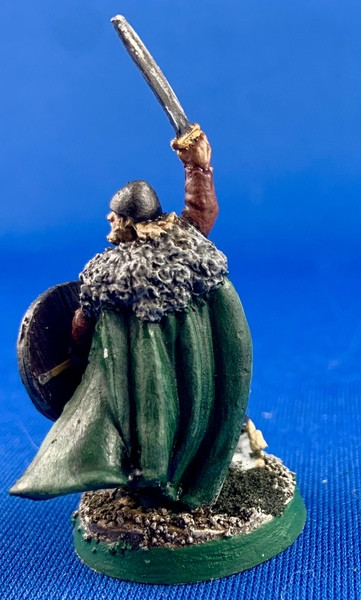 Blessings to you brushes!