Pretty much all my brushwork this fall and winter, and there hasn't been that much of it, has been devoted to a fun but distracting side project of getting an alien 15mm SF army ready to fight Rabbitman's lovely collection.   I have advanced a little since I posted on that project here back in September.

So o get at the Hoomans, my Space Kitties will need ships, so I based the collection around this lovely Khurasan Models spaceship.   It can be built in a number of ways (landing, flying, w cargo pod, etc) but I chose the flying with wing cannon variant.   This will be useful for low orbital space supremacy, troop insertions, ground attack, and so on. 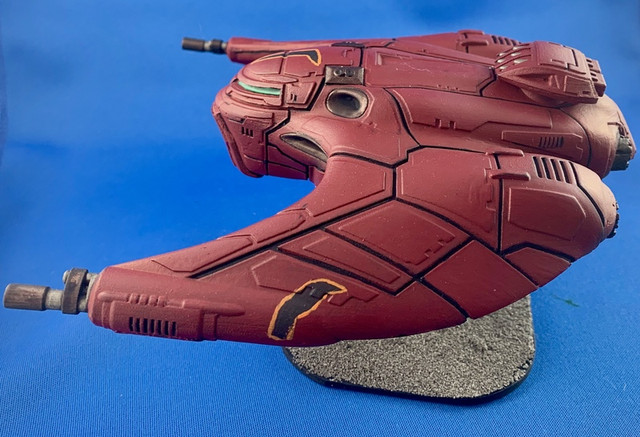 My attempt to paint the engines as being active and the ship under thrust.

Painted in the characteristic colour (Citadel Khorne Red) of my Kzinti-like feline force.   At first I had wanted to do a more varied colour palette, but decided on a few alien-looking markings on the wings and front.

Shown with a single 15mm miniature for comparison.   This is a satisfyingly big model.  The curves and swept wings could be a human design but there is something alien about it as well so it works for me. 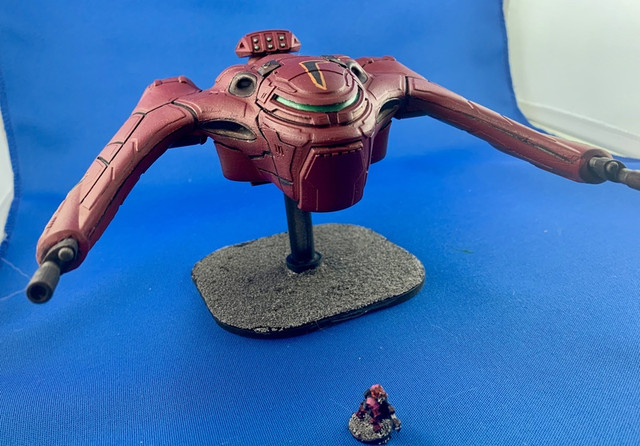 The belly comes with variant parts that plug-in to a central cavity, one a fairly streamlined insert to suggest flight, which I choose ... 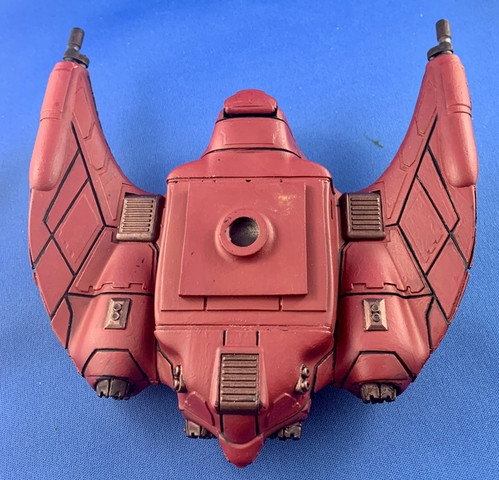 And the other an underslung cargo-pod which I can't attach to the model now because the first belly insert, once in, won't budge.   That's fine, the cargo-pod can be used as battlefield decoration, perhaps a drop pod that contains supplies, or could function as a command post, that sort of thing. 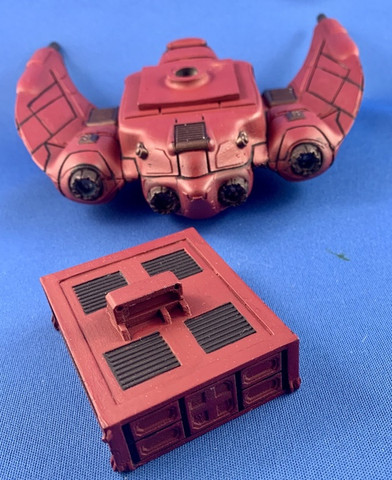 I'm not sure how useful this model will be on the table.   I have some lighter Close Air Support elements for my Space Cats, so a ship this big would be overkill in most ground battles, probably making one quick and hopefully destructive pass if the scenario allows.  It might come in low and drop a few squads of troops at the beginning of an attack, but I suspect something that big would show up on scanners or monitoring devices pretty quickly.

Any it looks pretty and it's a lovely centrepiece to this army.  More pics of the kitties soon to come.

Blessings to your brushes!
MP