A Visit to the Australian War Memorial


A belated Happy New Year to you!    I hope you all had a pleasant holidays.  For my part, getting back from a month in Australia just before Christmas, and catching up with church and family, meant that I was a bit pooped for a while, but I've had some time to sort through my travel photos and thought that those of you who have never been there would appreciate these images from my trip to the Australian War Memorial.  There are far better pictures on the website, but here are a few.

My partner Joy and I spent December 7, our last day in Canberra, touring the Memorial, which is both a monument and a museum.    I was warned that a day would not be enough time to see it all, and they were right, but we saw enough of it to be deeply moved and impressed.

We arrived early enough in the day that we had the Commemorative Courtyard almost to ourselves.   It is both somber and peaceful, as this photo of the Pool of Reflection under a flawless summer sky suggests.  The domed structure is the Hall of Memory. The gallery of names, mostly from the Great War, lines one long wall.  A second gallery takes up from the Second World War to the present.  People have placed crepe poppies beside the names of relatives.  Over 102,000 names from all of Australia's wars are preserved here on the bronze walls. The view from inside the Hall of Memory looking across the courtyard. 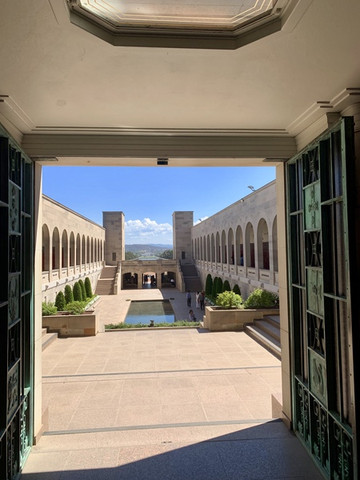 From the front steps, looking down the length of Anzac Parade with the Australian Parliament buildings (old and new) visible in the far centre.   One of my enduring memories of Canberra will be its elegant design and these long, sweeping views. I loved this statue depicting one of the iconic figures of the Gallipoli, John Simpson Kirkpatrick, who landed with a Field Ambulance unit at Anzac Cove and spent the last four weeks of his life evacuating the wounded until he was killed in May 1915.   He was widely known at Anzac as "The Man With the Donkey". This statue, honouring Australia's war dogs and their handlers, was incredibly moving and reduced Joy, a dog lover with a huge heart, to quiet sobs. 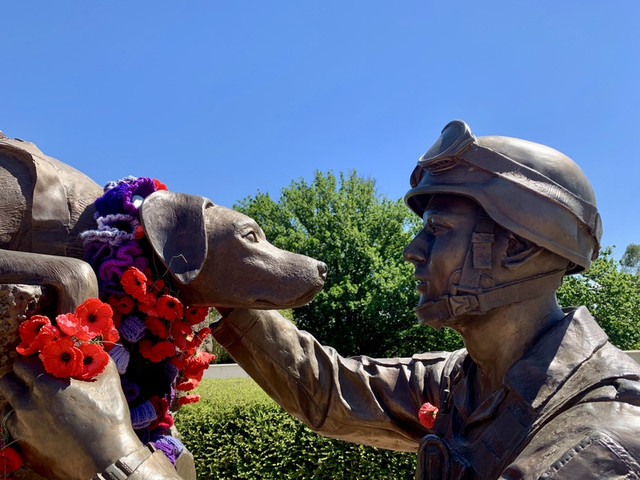 The star of Anzac Hall is this Lancaster bomber, surrounded by large multimedia panels that tell the story of the Australian contribution to Bomber Command. Of course I patted the Lanc as I walked underneath it. There are some lovely Great War aircraft preserved here, including this German Albatross.  Like Canada, Australia's aviation industry has its roots in the aircrew who returned from the Great War, including the founders of Quantas Airlines. 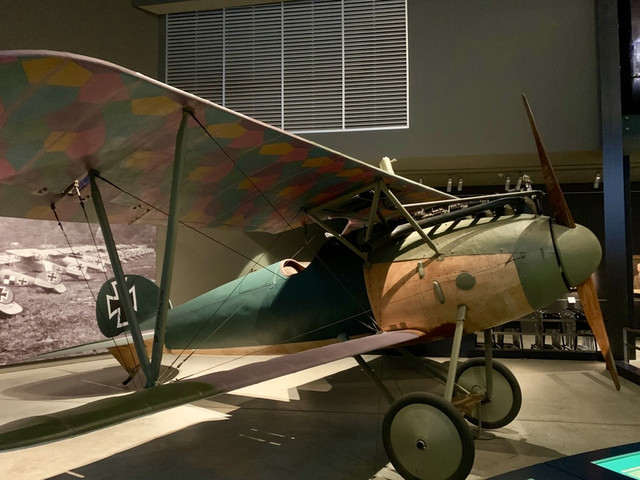 There are some skillful dioramas, including his portrayal of the fighting above and below ground at Lone Pine at Gallipoli. 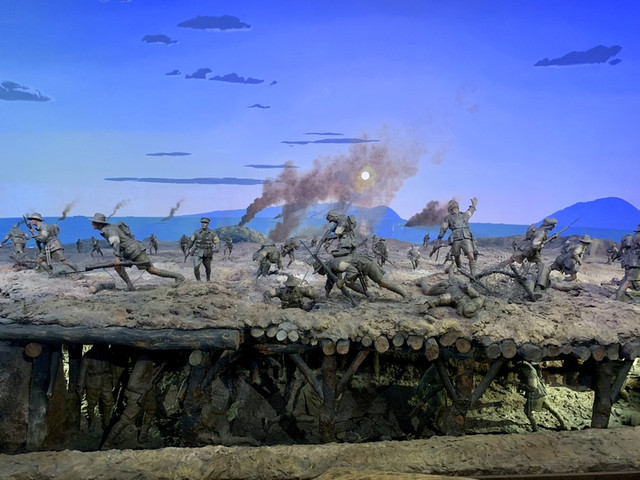 Australians on the Western Front.  Note the tank in the centre background. 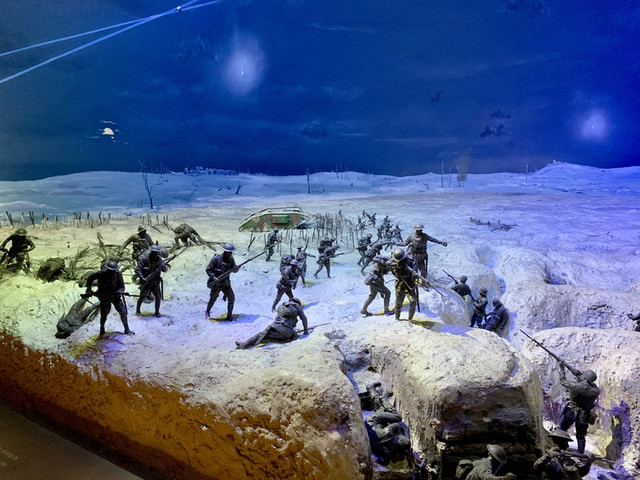 If I am ever fortunate enough to go back to Australia, I will make another pilgrimage here.  There were many exhibits that I barely had time to see, such as the moving account of the Diggers in the Pacific War in places like the Kokoda Trail, which is as much an Australian Iliad as is Gallipoli.

We ended our day observing the closing ceremony, when the Memorial honours one Australian service member who died in action.  The wreaths laid by the photo of this young lad are from family members, given a place of honour in the brief ceremony, and by members of the diplomatic staffs from the many embassies in Canberra.  Each day's event can be viewed online here. 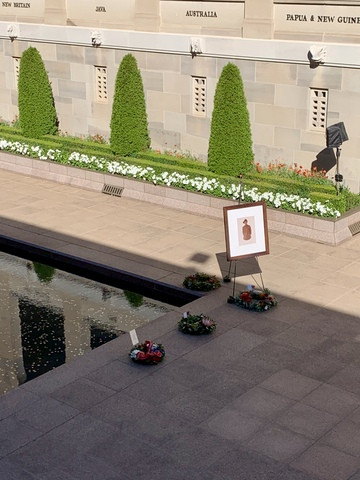 Standing in the galleries, as a brilliant sun began to set, and listening to the unfamiliar but lovely words of Australia's national anthem, will be an abiding memory.