Back in May, I offered a first look at a pulp project I was calling The Rockies Ablaze.   It will involve stout adventurers, occult investigators, mad trappers, werewolves, Nazis and possibly a zeppelin, and will be a tie-in or prequel to my Weird War Two project. It sounds like so much fun if I can get it off the ground.

During my Christmas leave period I finally finished the Pulp Figures minis by two-fisted Canuck sculptor Bob Murch.  This is the look I was going for, and this journal from 1934 is pretty much spot-on for the time period I am thinking of as my setting. 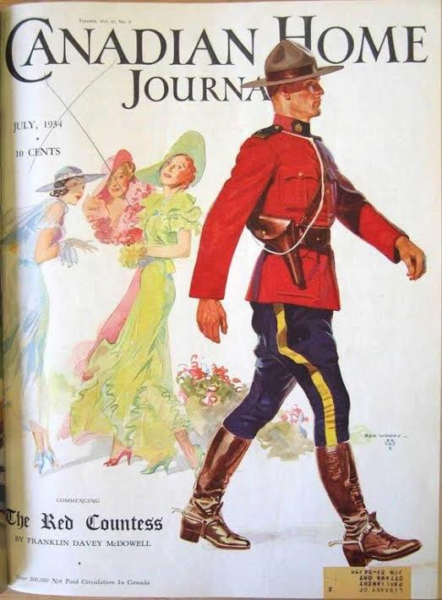 "Pardon me, folks.  Have you seen anything out of the ordinary?  Nazis?  Werewolves? " The second period illustration has the gauntlets that match Bob's figures. 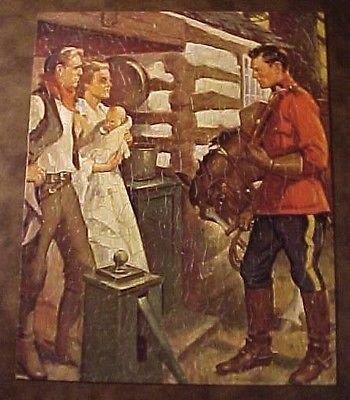 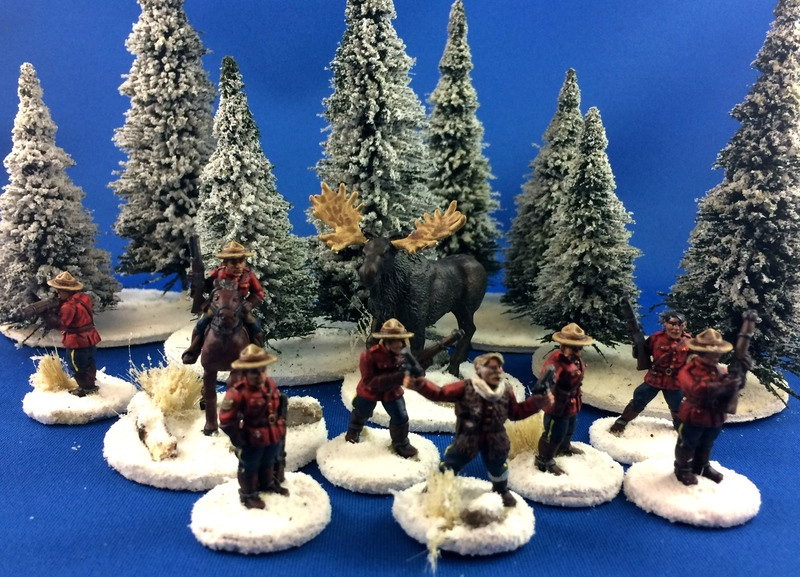 Bob's mounted and dismounted Sgt. Prestown figure.   His faithful dog sidekick has gone missing somewhere in the lead pile - chased after a Tomb King skeleton figure, no doubt.   I will find him in due course. 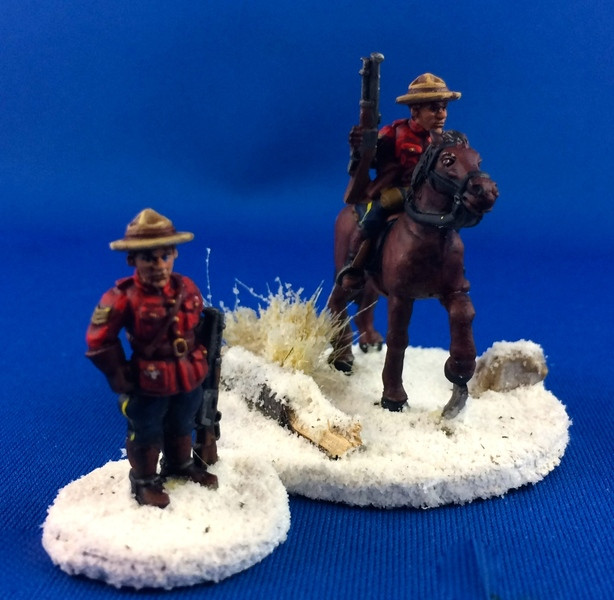 I am reasonably happy with the way the scarlet tunics turned out, thanks to the good advice I got in response to my last post on those guys. 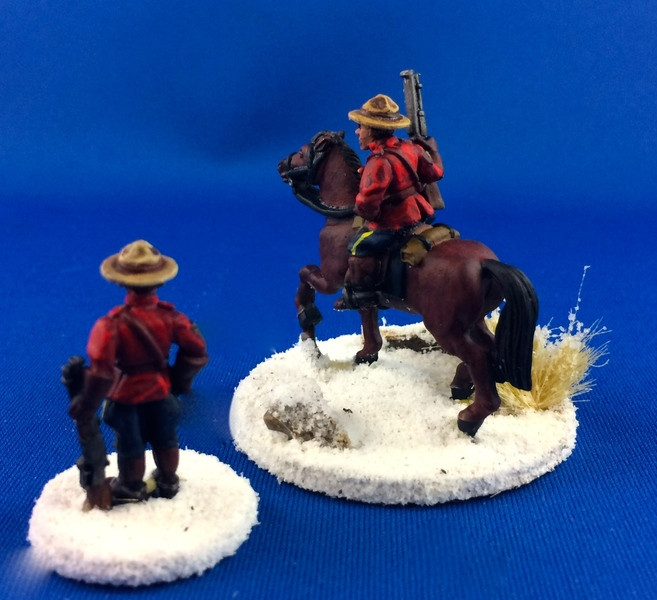 Flashheart of the Mounted.  This is "Captain Krustache", Bob's Movember figure from 2015 - donors to the Movember charity got him for free as part of a very kind incentive to donate.  With the blond hair he looks a lot like Rik Mayal.   "Drop that gun now, before I decorate this snow with an interesting colour called Hint of Brain.  Woof!" 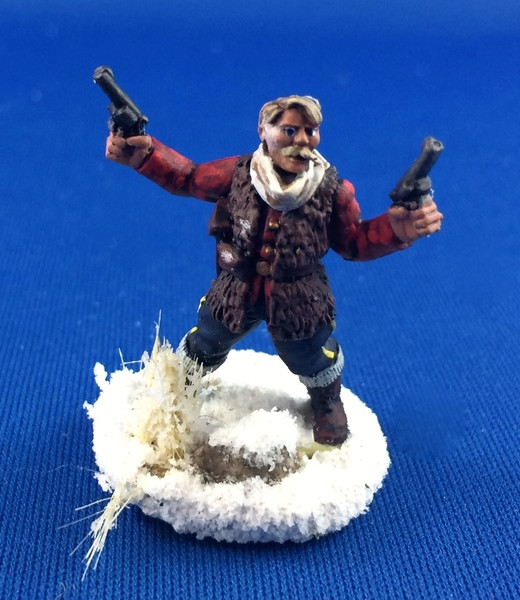 Flashheart and his comrades - the other figures are part of Bob's Scarlet Patrol pack.  I like the fact that half of these figures are packing Lee Enfields - it situates them nicely in the pulp era.

Constable Eddy Nelson.  Annoying prone to burst into song at any moment. Mordechai Moose.  Thanks to Pete Douglas for the suggestion, which I like slightly better than Justin.  Moose are ancient enemies of werewolves, and I suspect that Mordechai will have a role in helping our brave heroes.  I'm treating him as a mounted figure for my own painting totals. "Men, I have a dangerous assignment, but first I need you to stop singing the lumberjack song."
"Sorry, Sergeant, I have to report back to Fort Calgary for some top level shagging. You know I always get my woman."
"Shut up, Flashheart. You know you're missing part of your uniform."
"Prat."
"What?"
"Hat.  I said hat, sergeant.  .... Git." Thanks for looking.  In a few days I will offer some exciting previews of where the project goes next.