I haven’t had a lot of time to push counters around, but I’ve had enough to figure out a few things, including the fairly complex rules for command and control and activation of commands (corps and divisions).    The rules are rather complex, so I’m making slow progress.

Here’s the situation at the end of the 13:00 to 13:30 turn.  I don’t blame you for not making much sense of it.   The town of Ligny is in the centre, as is Blucher’s I Corps under Zeiten..   At the top, Pirch’s II Corp is beginning to march south to reinforce Blucher.  At the extreme right, the first elements of Thielmann’s III Corps is entering the map.  French are coming on at the bottom. 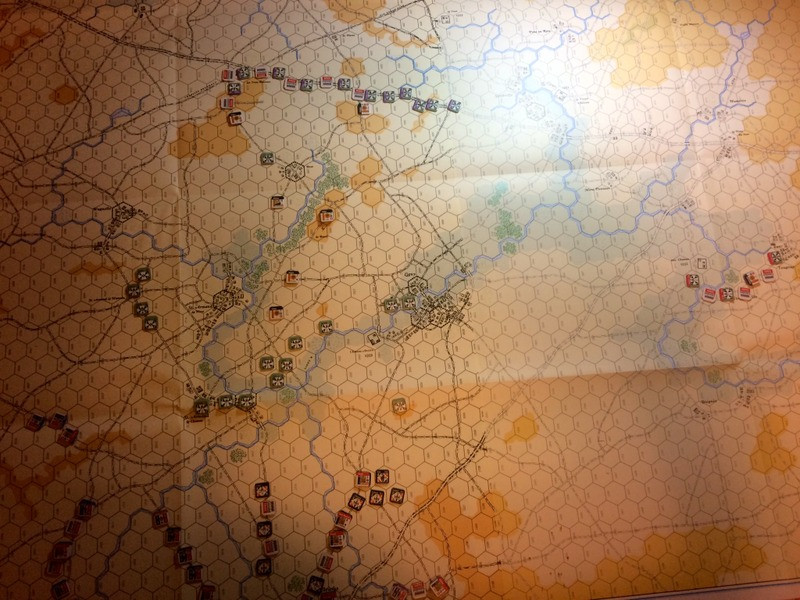 For the Frenchers,  left to right, Milhaud’s IV Corps CavRes, the Imperial Guard under Drouot,and Gerard’s IV Corps just starting to come on. The III Corps is out of the shot on the left.   Note that many of the units are followed by a n Extended Column marker.   While most units are brigade sized, the game has some tactical aspects, including large units taking up extra space while moving in column on roads and paths.   Units with 6 or more Strength Points  in tactical movement as opposed to road movement can flip these counters and adopt an extended line formation to maximize their firepower. 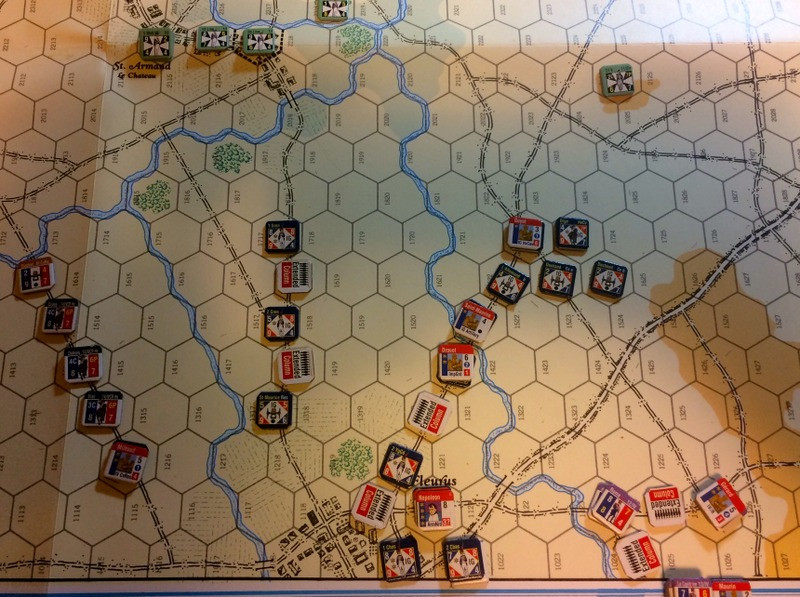 I haven’t quite decided how the French attacks are going to work.  I suspect it will be III and IV Corps, supported by the Guards artillery.  One of the interesting things about this game is the sequence of play, which is a chit pull system.  Depending on the Supreme Commander’s command rating, he can choose a number of chits representing Corps and Commands.    Blucher gets two, and Napoleon starts with three (his command rating depends on his health from turn to turn).  The sides take turns drawing chits, and once they are gone, they take turns trying to activate Corps and Commands that spent the turn without a chit.   I’ve pretty much got that figured out.  Now to work on the combat mechanics.

Speaking of games, Victory Point announced recently that it was discontinuing several of its titles.   I wanted two games because of their Canadian content, Operation Veritable, about the capture of the Reichswald in 19944-45, and their Juno Beach game from their D-Day system.   I also couldn’t resist getting “Toe-to-Toe Nuc’lr Combat With the Rooskies”, a tongue in cheek solitaire game about red-blooded B-52 bomber crews.  Hard to resist. 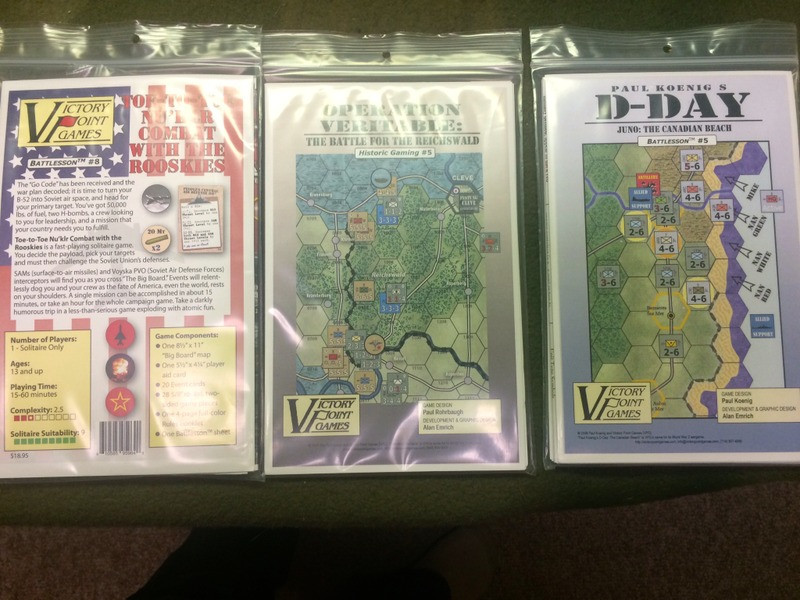 I suspect I’ll tell you about the B-52 game along with my next Ligny update.