Good morning my lords and ladies:

Sadly, I have no pictures of my own of toy soldiers to show you, so I hope this image from yesterday's MOD UK news suffices.  The caption reads “courtesy of HQ London District who are gearing up for the Queen's Birthday Parade which will be held on Saturday, 14 June 2014, on Horse Guards Parade.”  I would be there but I’ve already promised Ms. Padre that we will be in Stratford (ON) watching a play on that day, it being our anniversary and all.

It has been very quiet here of late, I admit, and I hope you will pardon me on account of the Great Grad School Crunch.   In the last ten days I’ve churned out 8,000 words of highfalutin’ academic nonsense, which weighs in at two twenty page essays in double spaced 12 point type.   I’ve talked learnedly about interwar pacifism as a social movement within the United Church of Canada and about why Darren Aronofsky’s big budget film Noah is an example of a post-secular cultural product.  Yes, I know, riveting stuff.  I have until Easter Monday to complete and turn in my last paper of the term, on the history and significance of changes to Canadian Forces Chaplain cap badges as markers of religious and cultural identity.  Actually, that will be the fun one.  The pacifism paper was fun.  The Noah paper was a sheer bloody grind.

Mind you, I quite recommend the Noah film, because I’m not really sure what to make of it and I’d welcome your thoughts.  It seems designed to have something for believers and non-believers, and it is certainly an odd sort of biblical epic - more of an apocalyptic environmental fable, really, and I’m not sure it did the Icelandic Tourist Board any favours.   I must admit to being quite fond of The Watchers, a race of fallen angels who look like a cross between The Thing from the Fantastic Four, Peter Jackson’s Ents, and Michael Bey’s Transformers.  If you’re wondering how the ark got made, these guys provided the labour and the heavy lifting, apparently.

Speaking of films, I also recommend the Wes Anderson film, Grand Budapest Hotel.  Fans of the Interwar Period and Pulp and the 1930s in general may find it fun simply for the period atmosphere and for the slice of Central Europe (Zubrowka) that Anderson mostly invents.  Did you know that the paper read across the Zubrowkan Sudetenwaltz is The Trans-Alpine Yodel).   It’s also very funny with a terrific cast.

Finally, please note that if you haven’t entered the Mad Padre Wargames 100,000 page view competition, you have a few more days to do so.  All the instructions are here.  Stanley the Cat tells me he is quite impressed with the many captions submitted thus far.   Here you can see him pondering how he will cast his ballot while assisting me with my James Bond villain impression (“Do you expect me to talk?” “No, Mr. Bond, I expect you to die.”).  He’s a thoughtful and talented chap, is young Stanley.  Now, my dear friend Edwin King has suggested that these blog competitions are  merely cynical attempts to drive up stats, and that may be true, even if it is a shockingly bleak view of the world. 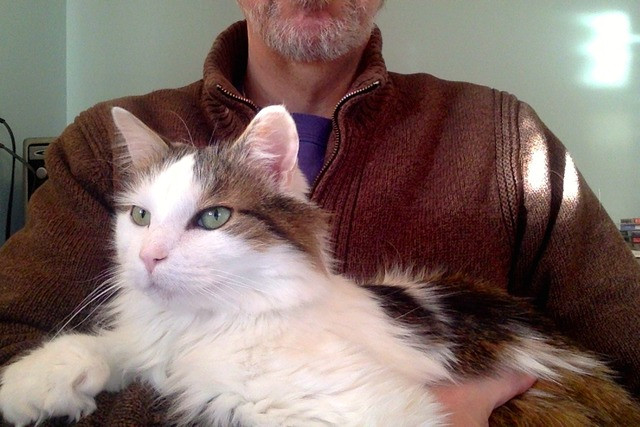 Truth be told, I don’t put a lot of faith in stats, as I don’t really understand them, though they are interesting to follow.   I  noticed, for example, that my last post on an obscure German board game called Friedrich generated over 600 page views, when a typical post here is lucky to get 150.    I am sure it is all in the title and what people choose to click on during Google searches.   I leave that sort of thing to Stanley to figure out.   Anyway, you have until the end of Sunday to get your entries in, and on Monday, essay permitting, I’ll figure it all out with my fellow judges.