This shameless image of a kitten reflects my general state these last four days after I turned in the last of my three term papers for this semester of grad school.   Almost 20,000 words of highfalutin nonsense and verbiage.   Kitten is tired. 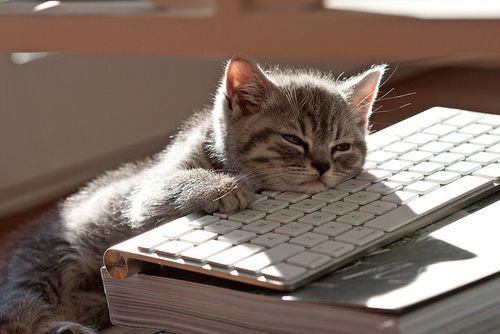 However, I’m reasonably recovered and while I am quite late in getting to the caption contest (I think I had promised results on Easter Monday) my charming assistants, Madame Padre and Stanley the Wonder Cat, have done the draws

The winners of the three random draws are:

1)  The winner of the $40 gift certificate from J&M Miniatures is CJR, owner of the TwoThreeSixMM blog.  Congratulations CJR!  Please email me offline at madpadre (@) gmail (dot) com. 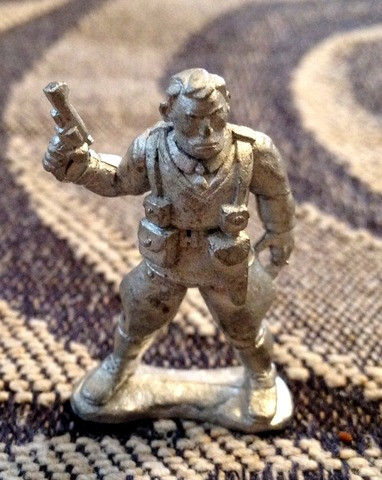 2) The winner of this handsome adventurer chap is Joakim Strom, The Miniature Man.   Joakim, email me at madpadre (@) gmail (dot) com if you want him unpainted or if you want him painted with your specifications. 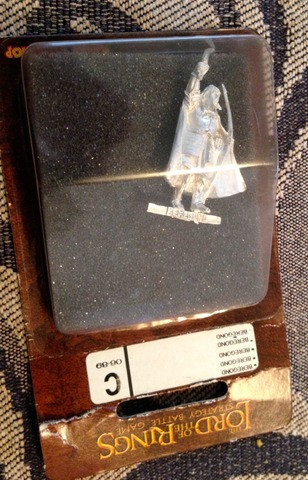 3) The winner of Beregond is Baconfat, owner of Baconfat Log.  Monsieur Baconfat, please email me at madpadre (@) gmail (dot) com and let me know if you want Beregond painted or unpainted.

Right, and now for the really, super-exciting bit.  There was a fabulous mystery prize for the funniest and cleverest caption or dialogue, as chosen by myself, Stanley, and Ms. Padre.

Several of the entries were very clever and several came very close. 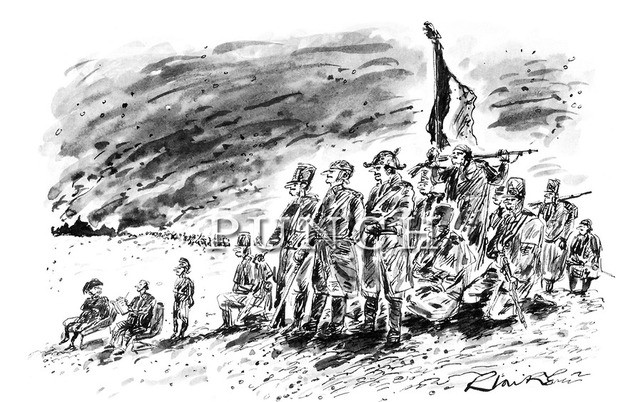 The Lowry cartoon had some very imaginative entries.   We really liked Peter Douglas’ entry: “You think he could’ve picked a better time to meet with his analyst.  At some point he has to stop compensating for little man issues.”  That was actually very similar to the original Lowry caption, “We’re in deep trouble now, he’s begun to have doubts about whether he really is Napoleon”. 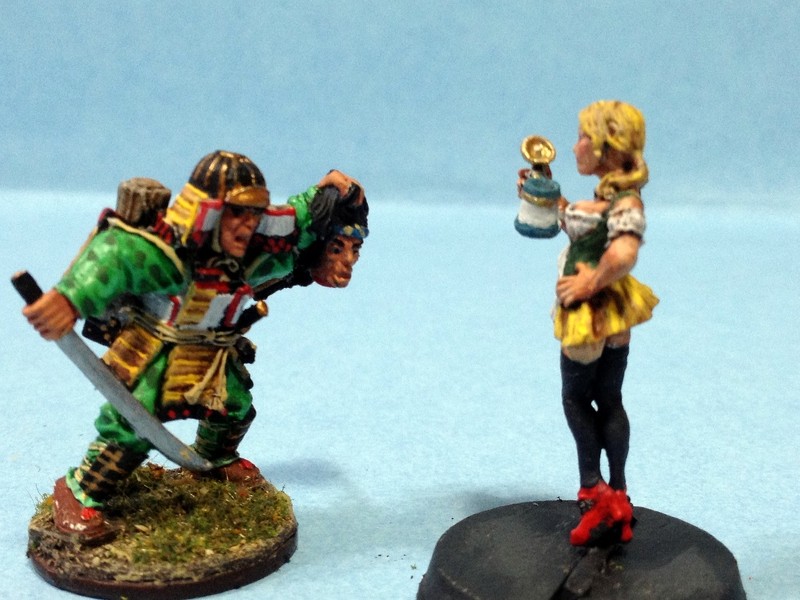 The Samurai and Oktoberfest Fraulein image inspired a lot of cleverness around heads on beer.   However, one that made us laugh because it was different, especially after I’d just seen the Noah film, was from Chris Stoesen: “O, Daughter of Herodias, I bring you the head of John the Baptist … Ummm. Mr. Aronofsky, are you sure these are period costumes?”   Well done, Chris. 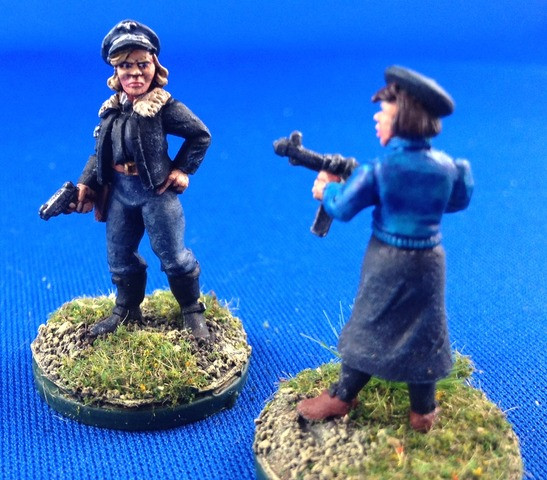 However, the one that we all enjoyed the most was one of the entries for the German Aviatrix and Resistance Femme.   There were several references to Allo! Allo! and, Ms. Padre thought, more than enough references to big bottoms.   The one that made us all laugh, though was from one of our favourite Kiwis, Archduke Piccolo:   “Nice going; there’ll be no finding much of that duck, now!”  We loved that entry for several reasons.   First, it was original, and amusing to think of these two characters out hunting together.  Second, it made us laugh to think of the French girl shooting a duck with a Schmeisser, and it perfectly matched the annoyed look on the German lady’s face.

So, milord Archduke, congratulations.  You’ve one the super mystery prize.    This is a rubbish photo, but the prize is this 28mm Foundry figure, which sort of looks like a cross between St. Nicholas and the leader of a Viking war band.  I was thinking of painting him up in Santa red and white, unless you’d like him in different colours, or unpainted.  Let me know.   I hope that’s an agreeable. 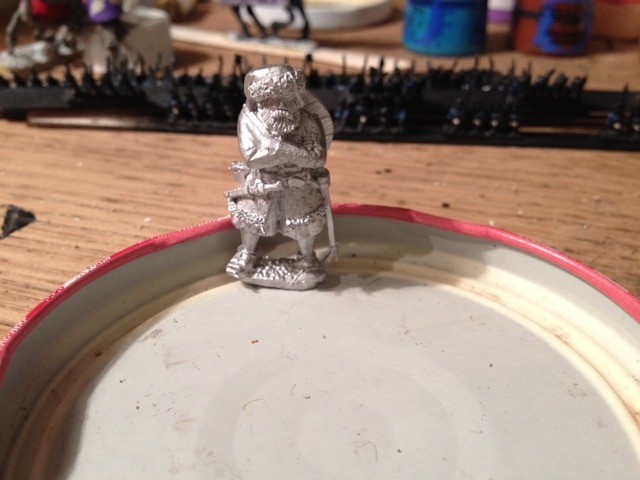 So thank you all who played this competition, it was a lot of fun for me and I enjoyed everyone’s creativity and humour.

I look forward to posting here more often now, and to having more time to paint and play, now that those papers are off my back.

Blessings to your brushes and die rolls!   MP+