A Visit To Canada's Military Archives

I was in Ottawa last week pursuing research towards my MA thesis, and paid a visit to Canada’s military archives, which are maintained by the Department of History and Heritage.   DHH has a substantial website, which is interesting in its own right.

DHH itself is not very impressive to look at - a small two story building in a dingy industrial park in a rather unglamorous neighbourhood in Ottawa.  Regrettably there were no artifacts or items on display - one would need to go downtown to the National War Museum for that (highly recommended if you visit Ottawa).  However, on my way up to the reading room, I noticed this display, which unfortunately had the sun coming through it at the time. 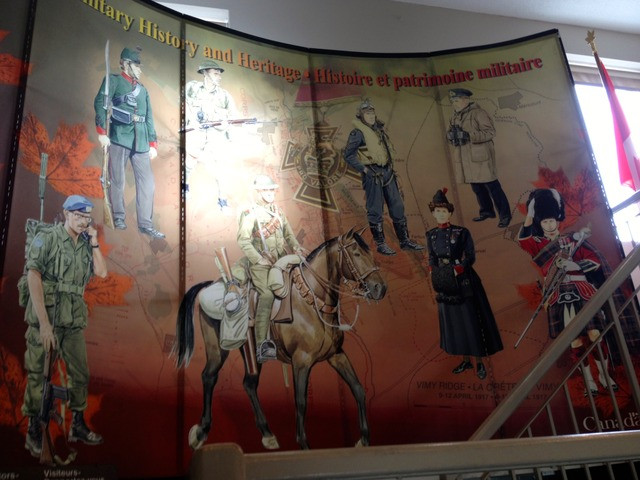 The illustrations are unmistakably by Ron Volstad, who has done the colour plates for many an Osprey book.  I thought it would be fun to post some close ups.  Hopefully I’m not violating copyright in doing so.

Canadian peacekeeper circa 1970s/1980s.  My first uniform and webbing looked like this, though I wasn’t rocking the sexy moustache and glasses.

On the left I’m guessing is a member of the Queen’s Own Rifles at the time of the Fenian Raids in 1866 or as he might appear if I ever revisit that Trent Affair Goes Hot project I discussed here earlier this month.  On the right, an infantryman as he might have appeared at the defence of Hong Kong in 1941. 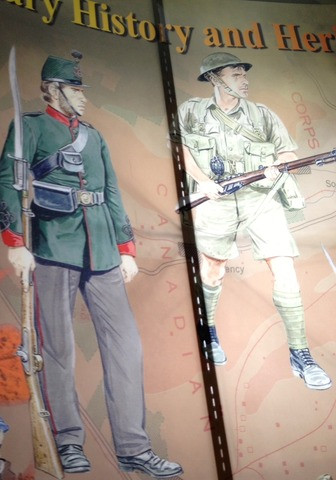 Naval officer from the Battle of the Atlantic/

Great War cavalryman as he would have looked at the Strathcona’s charge at Moreuil Wood. 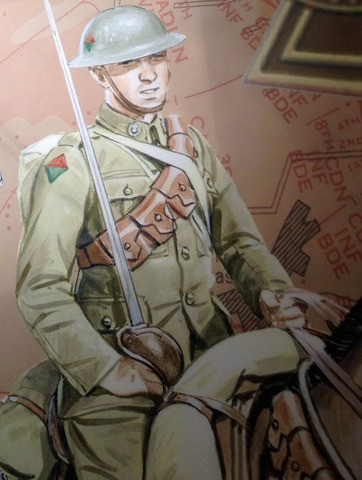 Now to find a moment to organize 200 pages of photocopies and 50 digital pictures from that visit and start a paper.   The subject, if you’re interested, is the evolution of Canadian Forces chaplain cap and branch badges from a Christian to a multi-faith stage in the chaplaincy’s development.