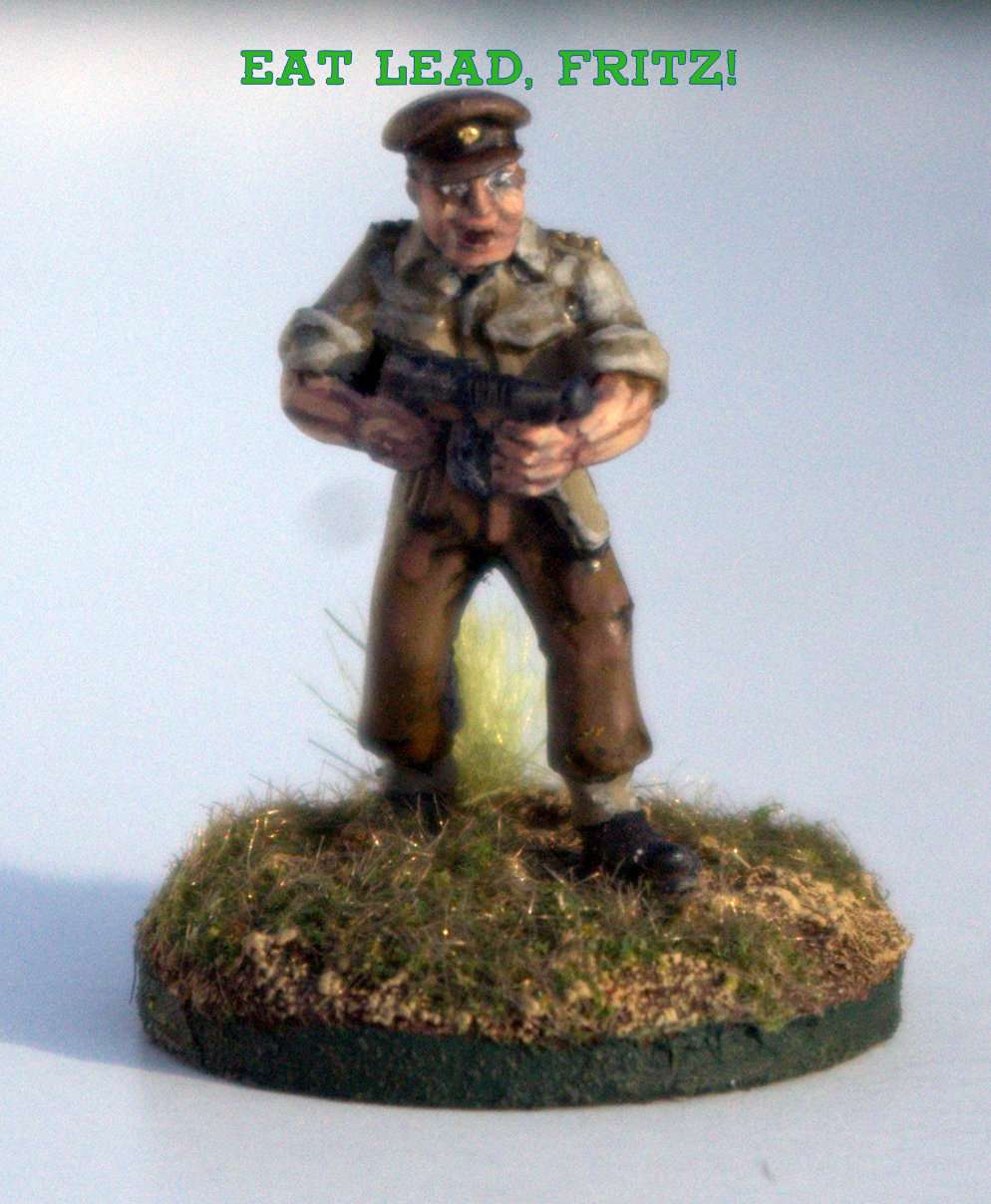 When I ordered one of the first five hundred copies of the Third Edition of I Ain't Been Shot, Mum!, the flagship rules set of Too Fat Lardies, Richard Clarke did a jolly decent thing for his customers. He threw in a specially cast 28mm figure, designed by Dick Ansell, of the TFL mascot, Hugh Jarce. Hugh Jarce is a lantern jawed, two fisted, gallant British officer. He adorns the pages of another Lardies WW2 rules set, Troops, Weapons and Tactics, where he dispenses advice to readers and, occasionally, shows that he has a decidedly unique private life. Let's just say that he has is obviously devoted to the ouevre of Carmen Miranda. 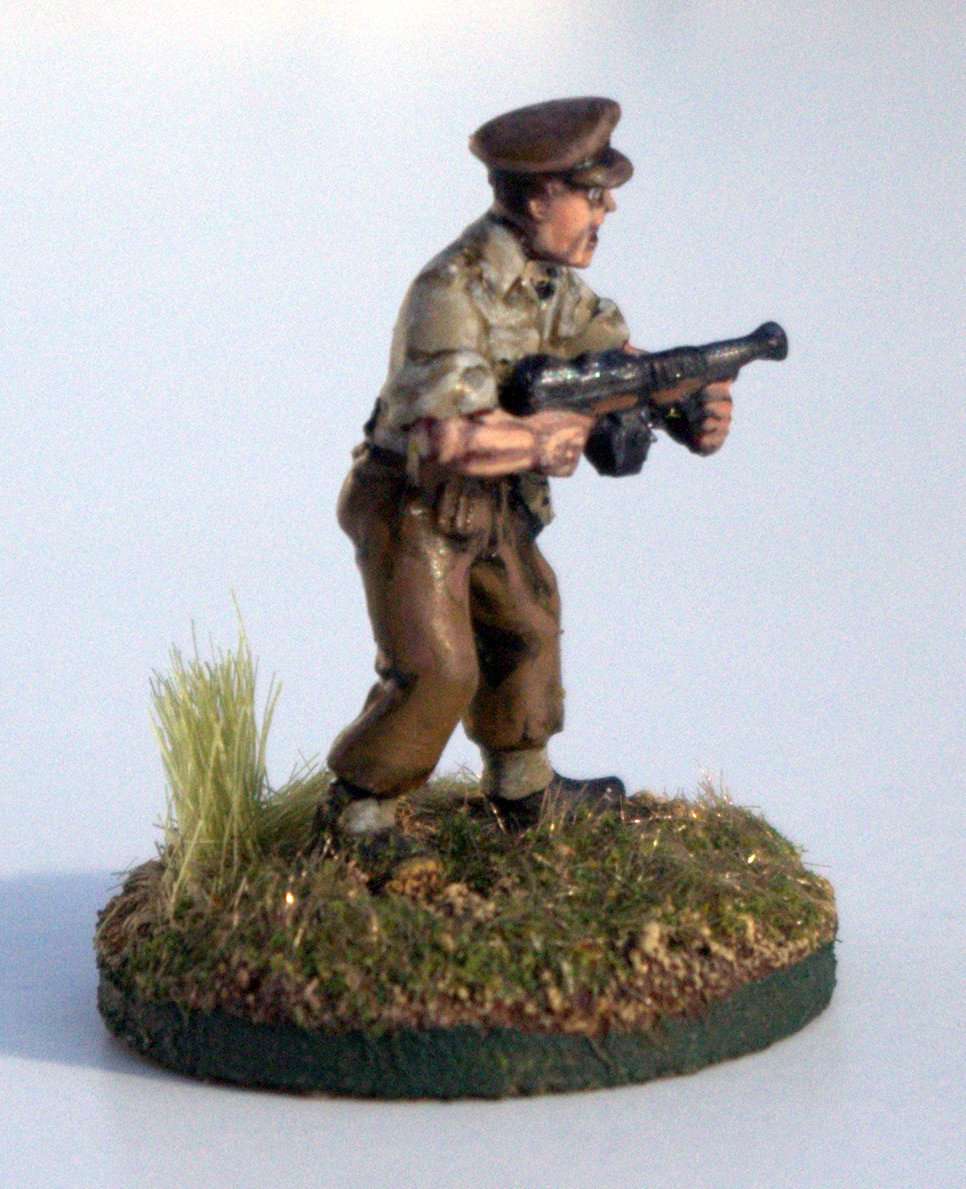 I have no other 28mm WW2 figures in my collection, and had no plans of acquiring any, despite the tempting offerings from Warlord/Bolt Action, Westwind, and other manufacturers. For Hugh, I could make an exception, and had great fun painting him. From what I could see of the figure, it looked like he was wearing a shirt, and had removed his battledress blouse, so I painted him as such. 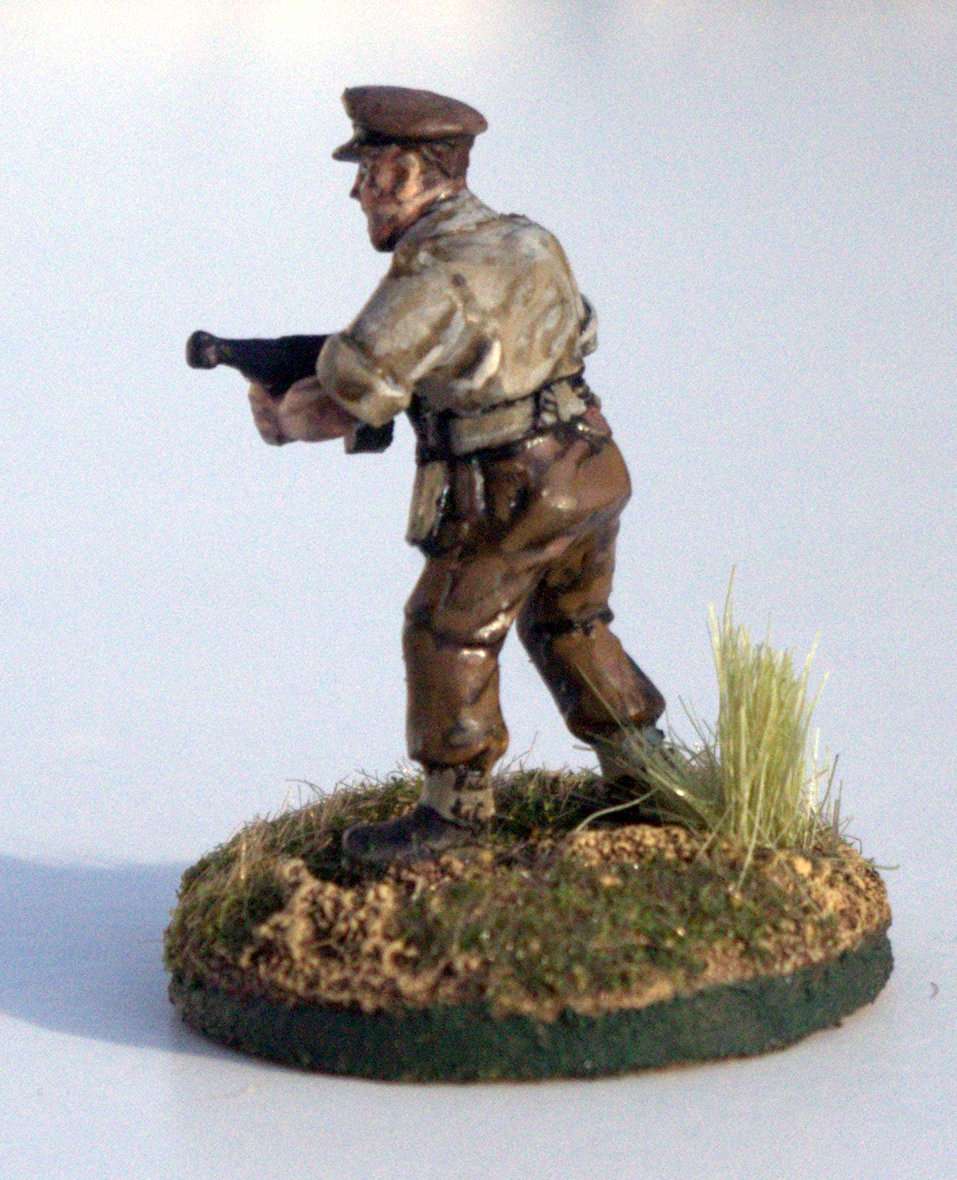 I really must learn to get sharper macro images. 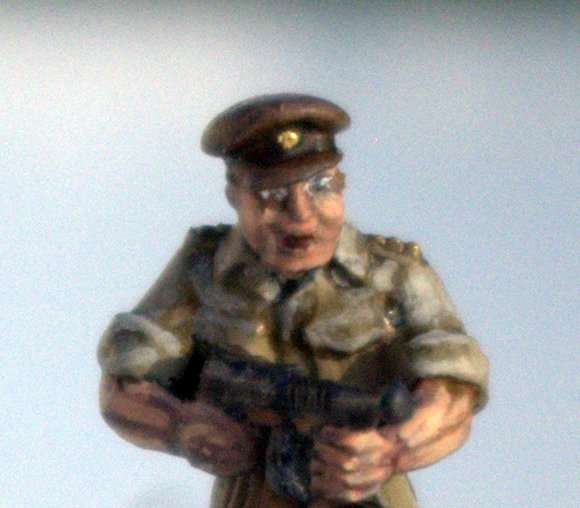 So Hugh is finished and sits on the mantle, and I have more WW2 figures from my usual scales, 20 and 15mm, to keep me busy.
However, I did glean a tidbit tonight in the mess. Pardon me while I splash some more whiskey in this tumbler, and I'll tell you. You see, a chap who knows the S01/G1 told me during a rubber of bridge that he had heard that Hugh was posted to a new unit, just being stood up, all very hush hush. Something to do with SOE, possibly, but my friend heard that Hugh had been requested specifically by Major Terntadust, the padre fellow who made a name for himself before the war with that horrible Alastair Crowley business, the one that was in all the papers. Seems that my bridge partner had heard from an IntO friend of his that Whitehall was all abuzz about something that Lord Lovatt had cottoned on to during one of his raids, something Jerry was cooking up on the spook side. So, if you ask me, we haven't heard the last of young Captain Jarce. But mum's the word, old fellow, what? Loose lips and sinking ships, you know.
Posted by Mad Padre at 10:03 PM