My friend James thinks I need an intervention, because I've been talking so much about my W40K projects lately. That may be, but in between gardening projects on a wet Canada Day (1 July), I spent some hours at my workbench working on these 28mm plastic Imperial Guard infantry. I guess I like the fact that they are just ordinary grunts, compared to all the crazy xenos in the W40K universe, my orks included, and I like the look of them, which other than the flak armour and the big clumsy lasguns is pretty ordinary.

I had the idea of loosely following the IG kakhi/buff colour for Cadian guardsmen, but using a more WW2 flavour. At first I considered some kind of Waffen SS camo, perhaps peadot, but rejected that in favour of the British Denison smock style camo. After all, the Cadian colours are essentially British WW2 infantry (kahki and olive green).

So here's my basic palette: 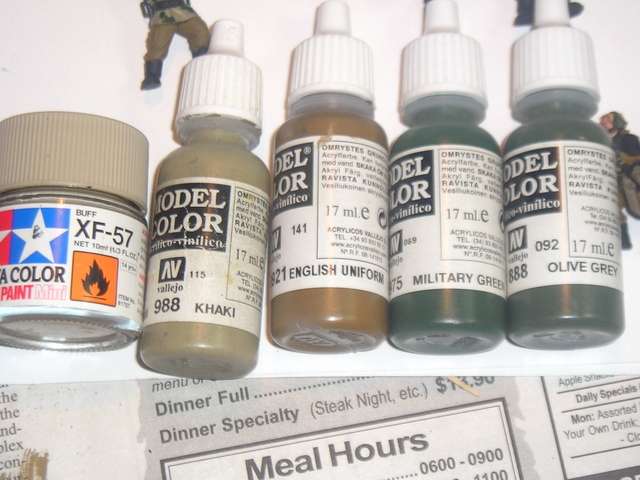 I used Vallejo colours mostly: English Uniform for the pants, Khaki for the tunic, Olive Green for the helmet, flak armour and weapons. The boots stay black (my basecoat colour).

The first camo colour is Vallejo Military Green. It's going on quite shiny, something I find with Vallejo paints. Hopefully time and some dullcote will tone it down. Pardon the Marty Feldman eyes on this guy, eyes are still a challenge for me. 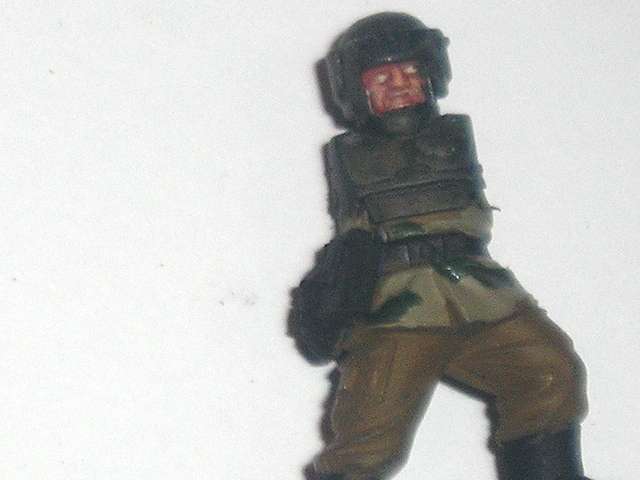 For the second camo colour, which in the Denison pattern is described by sources as a red-brick brown, I used GW Bestial Brown. 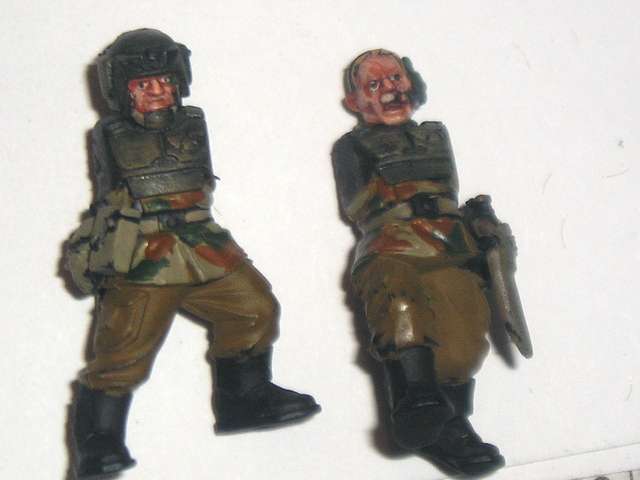 The final camo colour is GW Scorched Brown, painted on lightly between where the green and the brick-red meet. It's not too clear in this picture, but at least this fellow has eyes I'm happier with! I've also painted the Imperial emblems on the helmet and the flak vest in GW Boltgun Metal, though often in the GW propaganda pictures they are usually shown in white. I liked a silver look better. 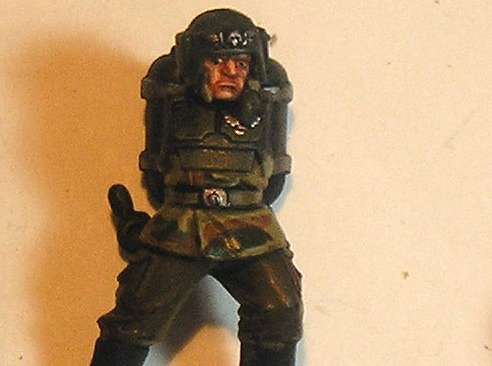 More results after I get the darned arms glued on and painted!
Posted by Mad Padre at 7:46 AM