I hope this finds you well!

I dedicated most of my hobby time in January to finishing some American Civil War figures languishing in the Mad Padre’s painting chapel, including three lead mounted officers from Perry Miniatures.   Two are based separately for either Sharpe Practice or to use as Staff Officers in Pickett’s Charge, which I hope to revisit soon. 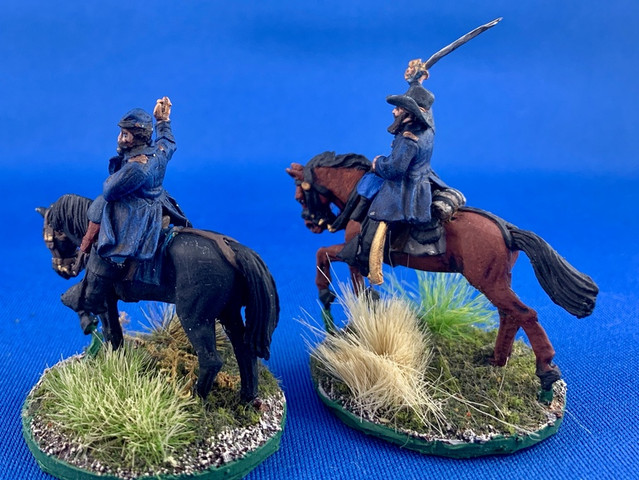 The third figure in the Perry set, a duplicate of the chap in the kepi with his hand raised, was pressed into service as the colonel of the newly raised 116th Pennsylvania Volunteers.

The foot figures are also Perry Miniatures, from their plastic box set, Union Infantry Skirmishing. I don’t like assembling plastic infantry as a rule, but ten bases worth of 28mm figures for about $1.25 Can a figure was a good incentive to stick with it. The flags are by GMB.   I had them set aside for a someday purchase of a third regiment for the Irish Brigade - I was looking at the Steve Barber figures with the Irish Brigade heads, but the flags included in the Perry Box, for a US Regular regiment, didn’t work out, so …    I found the detail on these figures somewhat lacking, and could definitely have achieved a better result with lead figures, but as I said, cheap and cheerful.  I’d give this box set an A for economy and a B for detail.

Finally, I had this Foundry Union cavalryman in my finished and orphaned box for a long time, so gave him the fourth horse from the Perry Union horseholders set. 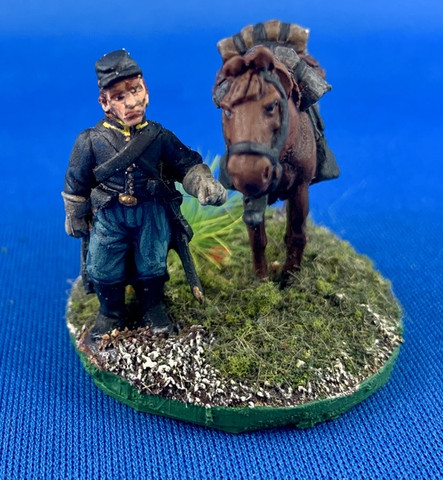 He makes a nice little vignette, maybe a deployment marker for Sharpe Practice. 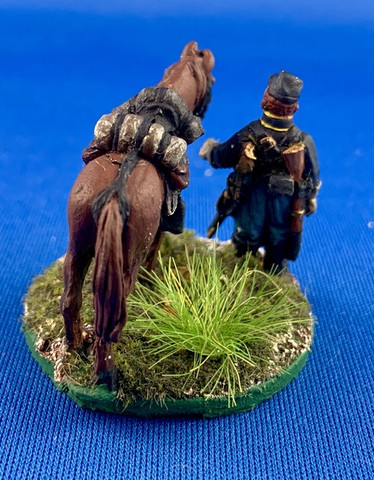 With all these figures added to the ranks, I should definitely put them all on the table and give the Pickett’s Charge rules another look.  Who knows, perhaps these troops will be deployed to the Canadian border.  I hear that there’s trouble brewing there.

Thanks for looking.  Blessings to your brushes!